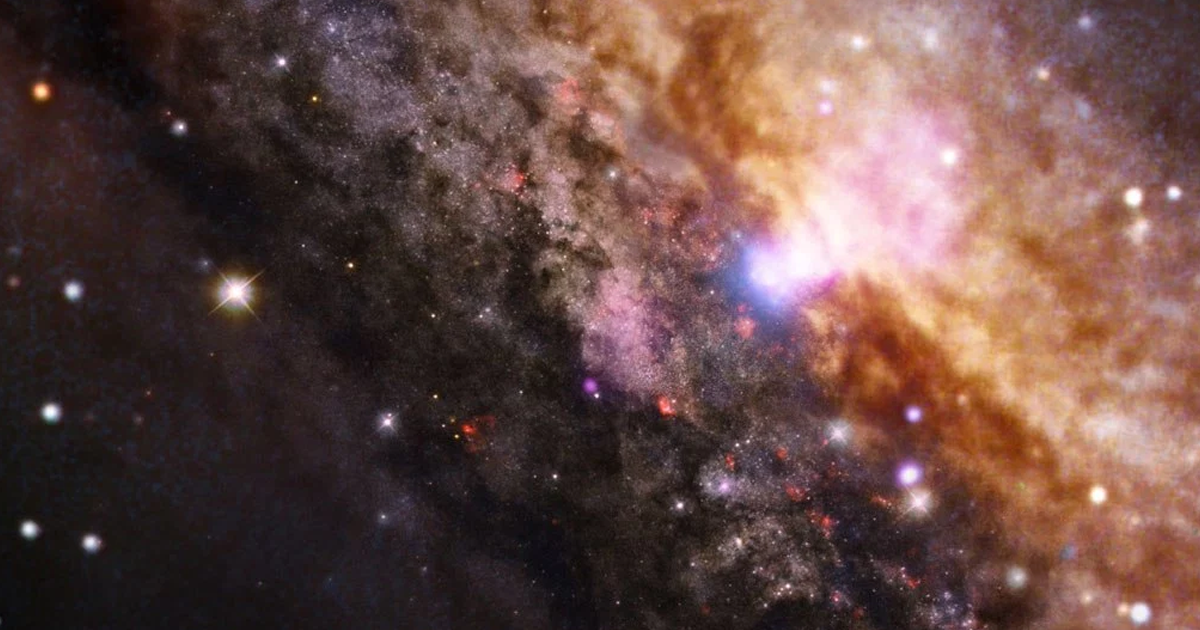 Hey, down in front!

Hey, down in front!

When scientists released the first-ever image of a black hole last week, people immediately began asking why astronomers chose to focus on M87*, a black hole in a distant galaxy, instead of the one in the center of our home Milky Way.

For that, we may have to thank a Manhattan-sized, ultra-dense neutron star, also known as a magnetar, that's blocking the view, according to Live Science.

Back in 2013, astronomers were working to observe the supermassive black hole at the Milky Way's center — known as Sagittarius A* — when the magnetar suddenly flared up, totally blocking the black hole.

"Initially, the big excitement was, 'Holy cow, SagA* just went nuts!'" McGill astronomer Daryl Haggard told Live Science. "It would have been the brightest flare we'd ever seen from the supermassive black hole."

It wasn't until a few days later that an orbital telescope called the Chandra X-Ray Observatory was able to take high-resolution recordings that showed that it was the neutron star, not the black hole, that had sent out the burst.

"Depending on your perspective, it was either a complete pain or a completely awesome new discovery," Taggard told Live Science.

The magnetar has since faded, and more telescopes are able to see it and the black hole as separate entities. But all the same, the star's unfortunate timing demonstrates just how dependent our attempts to study the cosmos are on a cooperative universe.

More on the black hole image: Here's How Big the M87 Black Hole is Compared to the Earth