Don't worry, these monsters are too far away to hurt us. 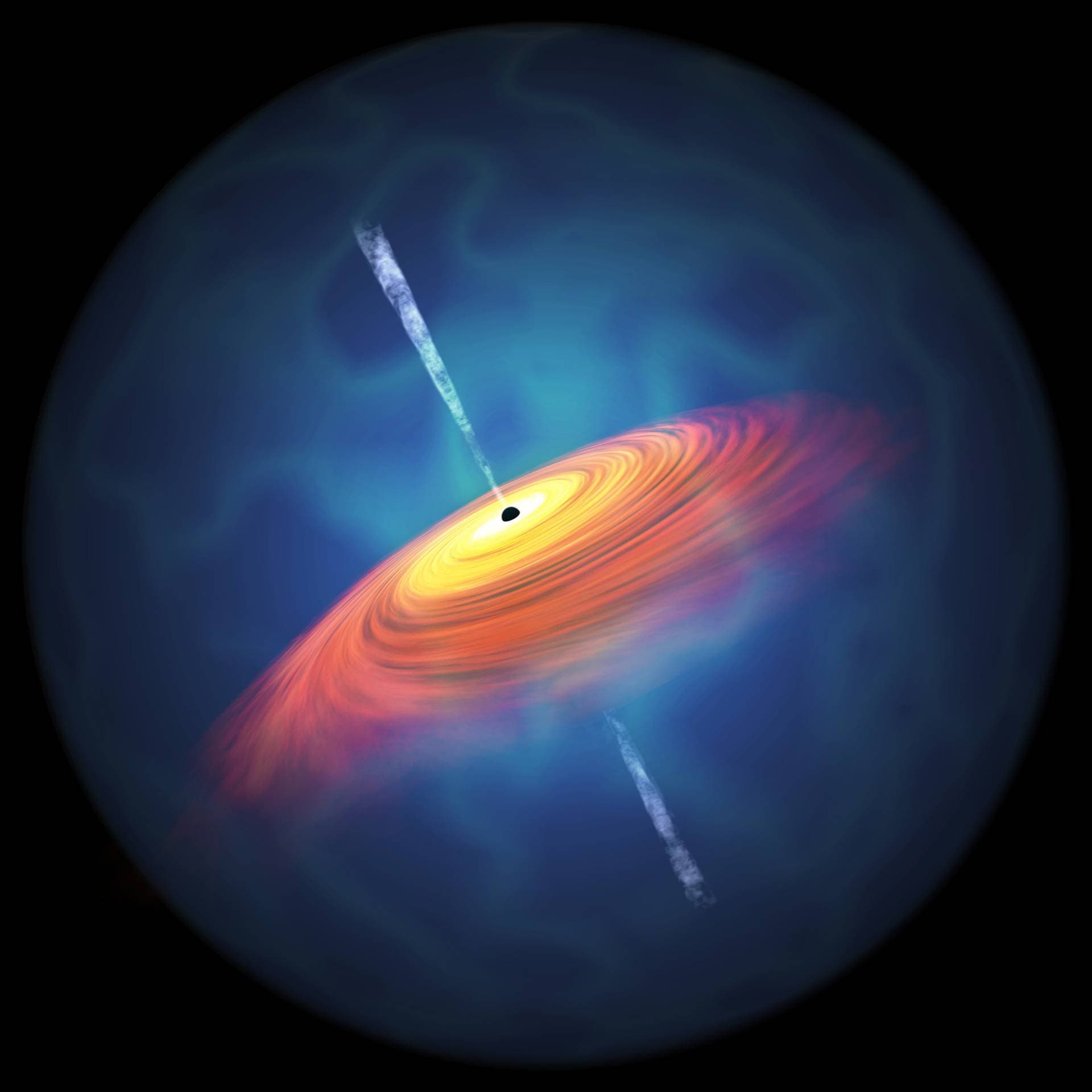 An international team of researchers says it's found 83 new supermassive black holes at extreme end of the visible universe — by looking at light that took so long to reach Earth that it dates from the early universe.

"It is remarkable that such massive dense objects were able to form so soon after the Big Bang," said Michael Strauss, a professor of astrophysical sciences at Princeton University involved in the research, in a press release. "Understanding how black holes can form in the early universe, and just how common they are, is a challenge for our cosmological models."

The discovery was made by 48 astronomers around the world who described the findings in five new papers in The Astrophysical Journal and the Publications of the Astronomical Observatory of Japan.

The finding was based on data taken with the Hyper Suprime-Cam, a "cutting-edge instrument" at the Subaru Telescope at the National Astronomical Observatory of Japan, in Hawaii, which the researchers combined with readings from three more powerful telescopes around the world.

The newly-discovered black holes are quasars, which shoot out matter in powerful jets. The researchers are hoping that more datagathering and analysis will shed light onto how some of the earliest quasars in the universe formed.

"The quasars we discovered will be an interesting subject for further follow-up observations with current and future facilities," said Yoshiki Matsuok, a researcher at Ehime University who worked on the discovery. "We will also learn about the formation and early evolution of [super massive black holes], by comparing the measured number density and luminosity distribution with predictions from theoretical models."

Read This Next
Falling In
Objects We Thought Were Black Holes May Actually Be Wormholes, Scientists Say
Hubble Tension
Most Precise Measurements of the Universe Suggest That Something Is Very Wrong
Black Hole Snapshot
Scientists Release Image of Black Hole at Center of Our Galaxy
Sucking Atmospheres
Scientists Spot Ravenous "Vampire" Star Devouring Its Neighbor
Yuge
Scientists Discover Enormous Black Hole Right Near Our Galaxy
More on Hard Science
Tractor Beam
Jan 26 on the byte
Scientists Build Working Tractor Beam, Although It's Comically Tiny
Having a Blast
Jan 18 on the byte
New Study Shows Where You Should Hide to Survive a Nuclear Attack
Offworld Amino
Jan 15 on the byte
Scientists Find Building Blocks of Life in Meteor That Smashed Into Family's Driveway
READ MORE STORIES ABOUT / Hard Science
Keep up.
Subscribe to our daily newsletter to keep in touch with the subjects shaping our future.
+Social+Newsletter
TopicsAbout UsContact Us
Copyright ©, Camden Media Inc All Rights Reserved. See our User Agreement, Privacy Policy and Data Use Policy. The material on this site may not be reproduced, distributed, transmitted, cached or otherwise used, except with prior written permission of Futurism. Articles may contain affiliate links which enable us to share in the revenue of any purchases made.
Fonts by Typekit and Monotype.