See how the smallest particles compare to the largest things in the cosmos. 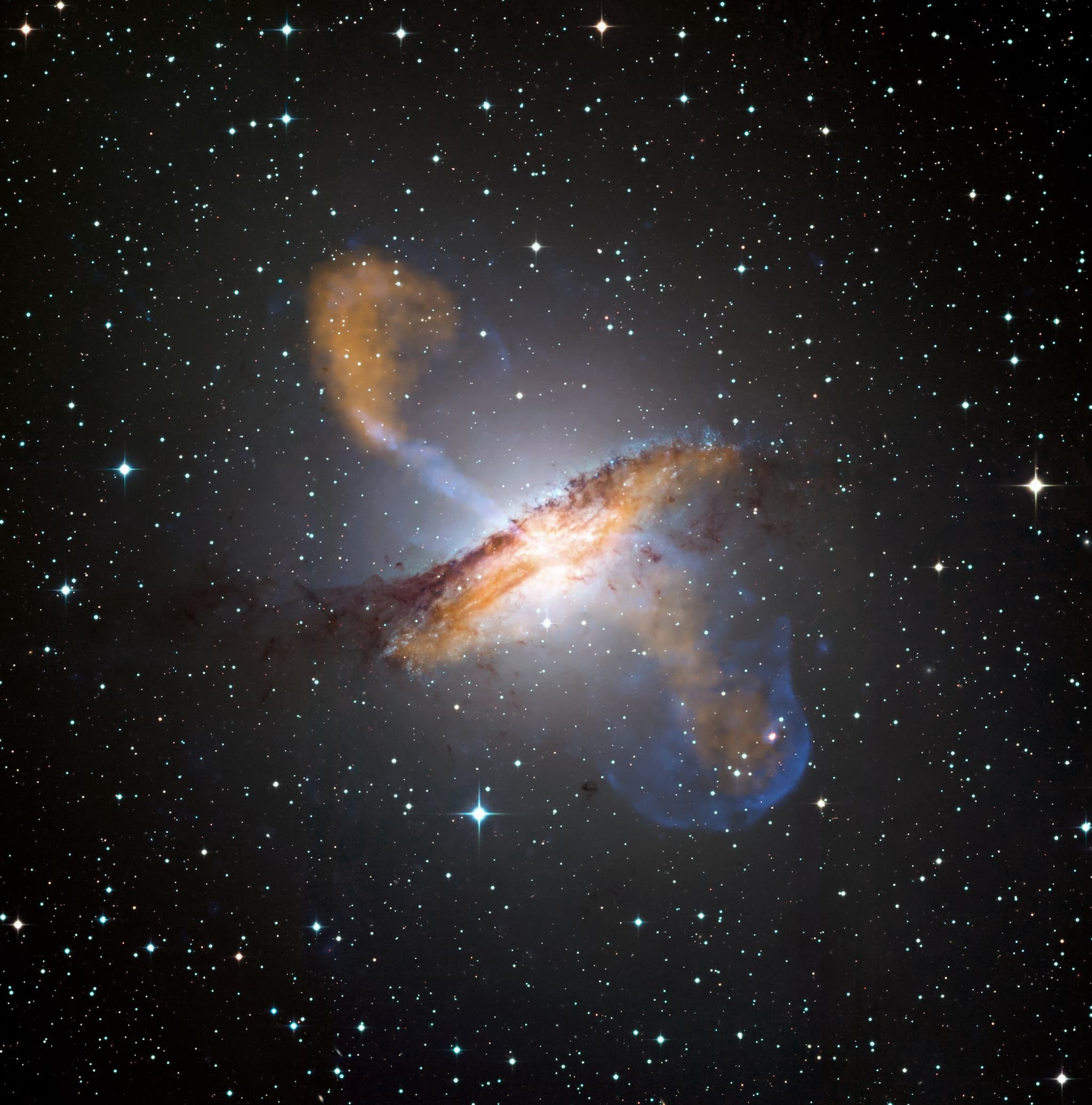 Trying to imagine the smallest things in our universe is rather difficult. Quarks, cosmic strings, neutrinos. The sale of the truly tiny is simply beyond our realm of comprehension. Similarly, it's hard to conceive of the largest things in the cosmos — supermassive black holes that swallow entire systems, large quasar groups that span galaxies, and on and on.

So, it's not too surprising that simultaneously imagining the smallest of the small and the largest of the large is a mind-bendingly difficult task. How does a subatomic particle that pops into existence compare to a black hole that's 10 billion solar masses?

Fortunately, the people at Number Sleuth have created an interactive graphic that lets you do just that. There, you can compare the world of the very time with that of the very large — sliding all the way from the nucleus of a hydrogen atom to the scale of the observable universe.

The creators explain it best:

This interactive infographic illustrates the scale of over 100 items within the observable universe — ranging from animals and insects, nebulae and stars, to molecules and atoms. Numerous hot points along the zoom slider allow for direct access to planets, animals, atoms and more. As you scroll, a handy dial spins to show you your present magnification level.

While other sites have tried to magnify the universe, no one else has done so with real photographs and 3D renderings. To fully capture the awe of the vastly different sizes of the Pillars of Creation, Andromeda, the Sun, elephants, and HIV, you really need to see images, not just illustrations of these items.

Go ahead and start exploring the universe on Number Sleuth's site.

Read This Next
Space Lumps
Scientists Say We May Be Extremely Wrong About the Universe
Massive Gravity
New Theory Could Solve Universe’s Biggest Paradox
Come Together
Watch a Galaxy Form Over More Than 13 Billion Years
Little Bang
Scientists Accidentally Recreate Big Bang Detonation in the Lab
Universe Machine
Scientists Found a Way to Create Millions of Virtual Universes
More on Hard Science
Moon Sims
1:41 PM on futurism
Brutal Video Simulates When Earth Hit Another Planet Many Years Ago
Total Drama Island
Sep 28 on the byte
Journal Retracts Study on Room Temperature Superconductors
Tell Us How You R...
Sep 27 on the byte
Former Particle Physicist Absolutely Annihilates the Field of Particle Physics
READ MORE STORIES ABOUT / Hard Science
Keep up.
Subscribe to our daily newsletter to keep in touch with the subjects shaping our future.
+Social+Newsletter
TopicsAbout UsContact Us
Copyright ©, Camden Media Inc All Rights Reserved. See our User Agreement, Privacy Policy and Data Use Policy. The material on this site may not be reproduced, distributed, transmitted, cached or otherwise used, except with prior written permission of Futurism. Articles may contain affiliate links which enable us to share in the revenue of any purchases made.
Fonts by Typekit and Monotype.