"When we started to dig deeper, we realized that this is relatable to something as profound as the origin of the universe." 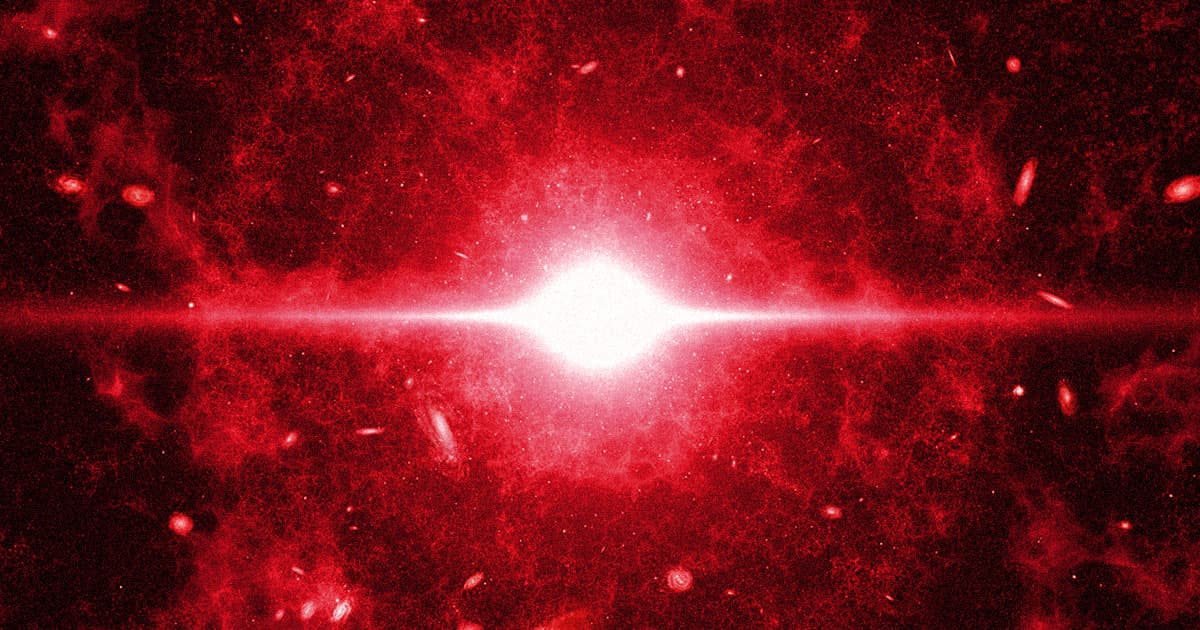 Ask a scientist — or anyone, really — about the birth of the universe, and they'll probably tell you it started with the Big Bang.

What nobody knows, though, is what caused that explosion. Some suspect the Big Bang was actually a massive star going supernova, but again, no one knows what exactly causes those stars to ignite, either.

That might have just changed, though, thanks to a University of Central Florida research team that says it discovered the conditions necessary for a Big Bang explosion in their lab — without actually intending to.

A team led by Kareem Ahmed, an assistant professor in UCF’s Department of Mechanical and Aerospace Engineering, was testing methods for producing hypersonic jet propulsion when it discovered that a passive flame could accelerate and explode on its own.

"We explore these supersonic reactions for propulsion, and as a result of that, we came across this mechanism that looked very interesting," Ahmed said in a press release. "When we started to dig deeper, we realized that this is relatable to something as profound as the origin of the universe."

What his team discovered was that turbulence could cause a passive flame, like that of a candle, to self-accelerate and eventually detonate.

From there, the team created a two-inch-by-two-inch shock tube that induces the turbulence needed for a passive flame to become active — essentially, the researchers found a way to create "Little Bangs" mimicking the big one that birthed our universe.

"We’re taking a simplified flame to where it’s reacting at five times the speed of sound," Ahmed said in the release.

They've detailed their work in a paper published Friday in the journal Science. Aside from potential applications in air and space travel, the researchers believe their study could improve our understanding of the Big Bang, and maybe even what — if anything — preceded it.

READ MORE: Scientists recreate origin of the universe in a lab [Inverse]

More on the Big Bang: New Research: There May Have Been Dark Matter Before Big Bang

Read This Next
Space Lumps
Scientists Say We May Be Extremely Wrong About the Universe
Primordial Tap Water
The Early Universe Was a Vast Liquid Ocean, Scientists Say
Big Sky
Scientists Say New Experiment Will Determine "Fate of the Universe"
Really Really Really Old
Astronomers Puzzled By Ancient Milky Way-Like Galaxy 12 Billion Light-Years Away
Massive Gravity
New Theory Could Solve Universe’s Biggest Paradox
More on Hard Science
Moved to Tears
Thursday on the byte
Scientists Say New James Webb Images Are So Powerful That It Was Emotional Just Looking at Them
Good God
Tuesday on the byte
Huge Cloud of Toxic Yellow Gas Kills 13
zombie star
Tuesday on futurism
Scientists Puzzled by Star That Exploded in Supernova But Somehow Survived
READ MORE STORIES ABOUT / Hard Science
Keep up.
Subscribe to our daily newsletter to keep in touch with the subjects shaping our future.
+Social+Newsletter
TopicsAbout UsContact Us
Copyright ©, Camden Media Inc All Rights Reserved. See our User Agreement, Privacy Policy and Data Use Policy. The material on this site may not be reproduced, distributed, transmitted, cached or otherwise used, except with prior written permission of Futurism. Fonts by Typekit and Monotype.