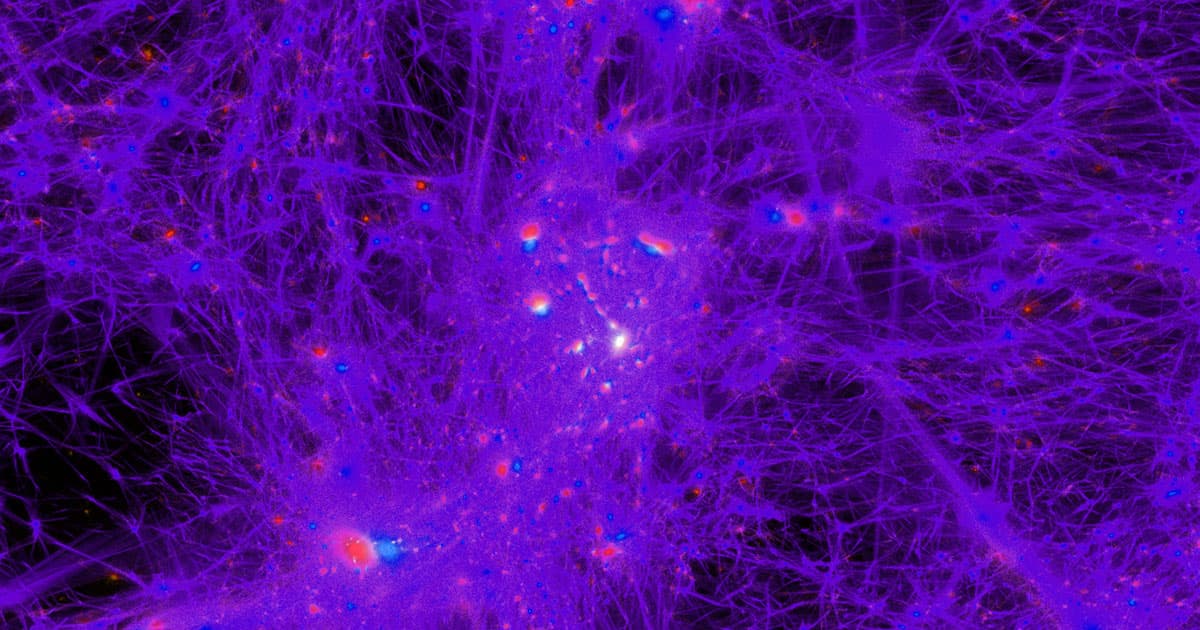 New Research: There May Have Been Dark Matter Before Big Bang

This could help explain how dark matter shaped newly-formed galaxies.

This could help explain how dark matter shaped newly-formed galaxies.

Bizarre new research suggests that dark matter — the elusive, invisible substance thought to make up most of the matter in the universe — could be older than the Big Bang.

If dark matter emerged from the Big Bang, then past experiments trying to directly observe the stuff probably would have succeeded, according to research published in the journal American Physical Society on Wednesday. Since all those experiments failed to do so, scientists argue that dark matter likely preceded the Big Bang, originating from a period of time called the "cosmic inflation."

The study provides a new explanation for how dark matter helped shape luminous matter — that's everything we can see and touch — into galaxies. In short, it may have just gotten there first.

"If dark matter were truly a remnant of the Big Bang, then in many cases researchers should have seen a direct signal of dark matter in different particle physics experiments already," Johns Hopkins University physicist and astronomer Tommi Tenkanen said in a press release.

If the research holds up, it could help scientists finally track down dark matter and better understand what things were like before the universe came to be.

"If dark matter consists of new particles that were born before the Big Bang, they affect the way galaxies are distributed in the sky in a unique way," Tenkanen said. "This connection may be used to reveal their identity and make conclusions about the times before the Big Bang too."

Bangs and Bounces
Scientists Say Stuff Might Have Been Happening Before the Big Bang
11. 5. 22
Read More
Dark Secrets
Scientists Just Detected the Oldest Dark Matter Ever Observed
8. 3. 22
Read More
Walled Up
Scientists Say Space Is Filled With Invisible Walls
5. 12. 22
Read More
+Social+Newsletter
TopicsAbout UsContact Us
Copyright ©, Camden Media Inc All Rights Reserved. See our User Agreement, Privacy Policy and Data Use Policy. The material on this site may not be reproduced, distributed, transmitted, cached or otherwise used, except with prior written permission of Futurism. Articles may contain affiliate links which enable us to share in the revenue of any purchases made.
Fonts by Typekit and Monotype.