This Ancient Galaxy Was Loaded With Dark Matter

This galaxy had dark matter before it was cool. 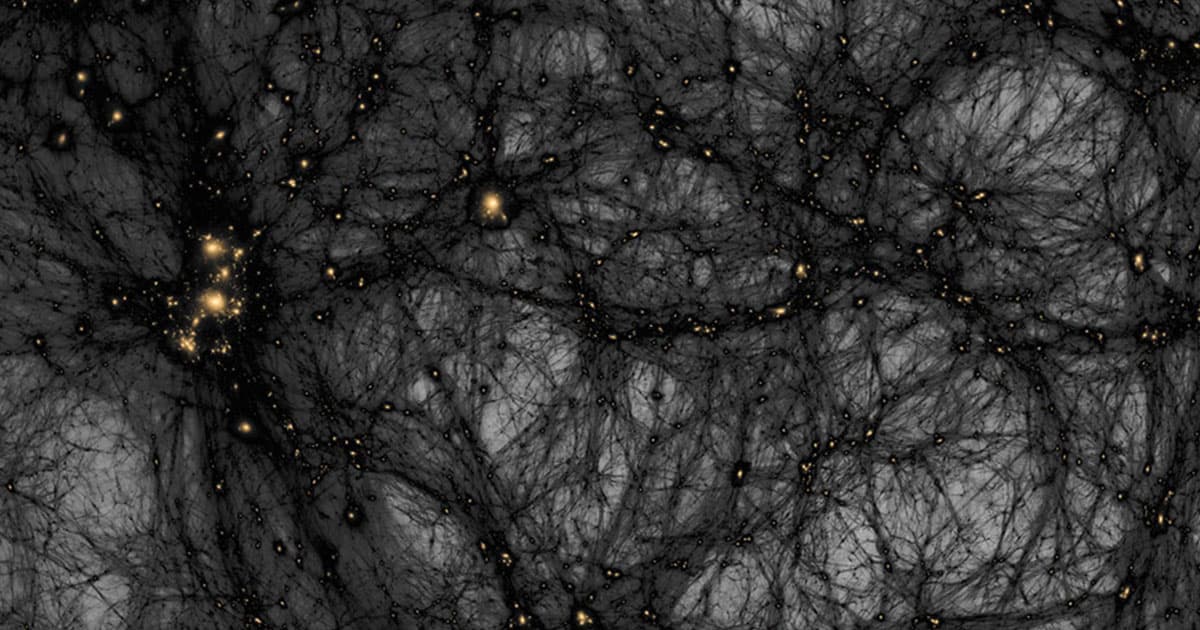 Conventional wisdom among astrophysicists dictates that galaxies don't start out with much dark matter, the unseen material that seems to make up most of the mass in the universe. Instead, they speculate, galaxies pick up dark matter over time through some unknown process.

But new observations from the McDonald Observatory in Texas have found a striking counterexample: an ancient galaxy loaded with dark matter.

The research, published Wednesday in The Astrophysical Journal, describes DSFG850.95, a galaxy 9 billion light-years away. That means the light that reaches Earth from this galaxy is 9 billion years old — providing a peek into the universe's distant past.

But unlike other ancient galaxies, DSFG850.95 is chock-full of dark matter, according to the McDonald observations.

That contrasts with the dominant theory, which is that old galaxies are "fundamentally different to galaxies in the present-day universe," Caitlin Casey, one of the researchers behind the new findings, said in a news release. "The galaxy we found is a clear counter-example of that, where it seems to have dark matter behaving in the normal way, as it does in the present-day universe."

Read This Next
Dark Secrets
Scientists Just Detected the Oldest Dark Matter Ever Observed
Walled Up
Scientists Say Space Is Filled With Invisible Walls
Turn Back Time
Scientists Say There May Be a Mirror Universe in Which Time Runs Backwards
Into Darkness
Inside NASA's Bold Proposal to Probe the Mysteries of Dark Matter
Was Al Wrong?
New Evidence About the Universe Suggests Einstein Was Wrong
More on Hard Science
Reel Big Dish
Wednesday on the byte
Brilliant Scientists Decide to Name the World's Largest Telescope "SKA"
Horrible Geese
Dec 4 on futurism
Furious Geese Are Defeating Humans, Scientists Find
Quacks Like a Duck
Dec 1 on futurism
Those Headlines About Scientists Building a Wormhole Are Total Nonsense, People
READ MORE STORIES ABOUT / Hard Science
Keep up.
Subscribe to our daily newsletter to keep in touch with the subjects shaping our future.
+Social+Newsletter
TopicsAbout UsContact Us
Copyright ©, Camden Media Inc All Rights Reserved. See our User Agreement, Privacy Policy and Data Use Policy. The material on this site may not be reproduced, distributed, transmitted, cached or otherwise used, except with prior written permission of Futurism. Articles may contain affiliate links which enable us to share in the revenue of any purchases made.
Fonts by Typekit and Monotype.