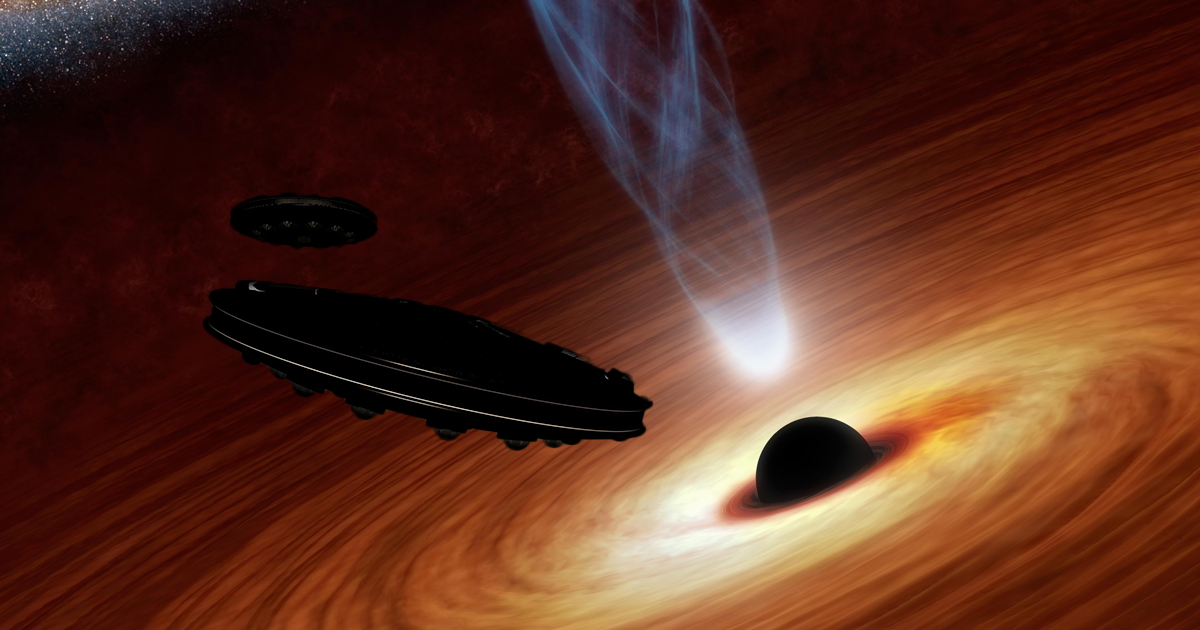 Hold onto your hats: This researcher thinks we might have already spotted signs of an alien civilization.

Hold onto your hats: This researcher thinks we might have already spotted signs of an alien civilization.

To detect alien civilizations, astronomers need to make some assumptions about the forms they might take — and the traces their technological artifacts could leave behind.

An outrageous new paper by a mathematician at Kansas State University does just that, positing that a sufficiently advanced alien civilization would likely build starships powered by the radiation thrown off by small black holes — and speculating that astronomers could use gamma telescopes to spot evidence of these black hole starships.

The basic idea, according to mathematician Louis Crane, is that a spaceship powered by a black hole would leave distinctive spillover from gamma rays. He suggests astronomers could detect that spillover using a telescope like the orbital Fermi Gamma-ray Space Telescope.

"If some advanced civilization already had such starships, current [very high energy] gamma ray telescopes could detect it out to 100 to 1,000 light years if we were in its beam," Crane said in a press release. "They could be distinguished from natural sources by their steadily changing redshift over a period of years to decades."

Crane also said, provocatively, that he believes astronomers may have already spotted several gamma ray sources "for which no natural explanation has been given."

He also speculated about what it would mean for a civilization to be capable of creating an artificial black hole — and it sounds absolutely epic.

"To produce an artificial black hole, we would need to focus a billion-ton gamma ray laser to nuclear dimensions," Crane said in the press release. "It's like making as many high-tech nuclear bombs as there are automobiles on Earth. Just the scale of it is beyond the current world economy. A civilization which fully utilized the solar system would have the resources."

Outing Life
Swiss Government Scientist Says We May Be on the Brink of Discovering Alien Life
Sep 13
Read More
Aquatic Aliens
Experts Puzzled by Harvard Scientist Looking for Alien Wreckage in Ocean
Sep 2
Read More
Sun Gazer
Researchers Want to Use the Sun As a Giant Telescope to Look for Aliens
Jul 25
Read More
+Social+Newsletter
TopicsAbout UsContact Us
Copyright ©, Camden Media Inc All Rights Reserved. See our User Agreement, Privacy Policy and Data Use Policy. The material on this site may not be reproduced, distributed, transmitted, cached or otherwise used, except with prior written permission of Futurism. Articles may contain affiliate links which enable us to share in the revenue of any purchases made.
Fonts by Typekit and Monotype.