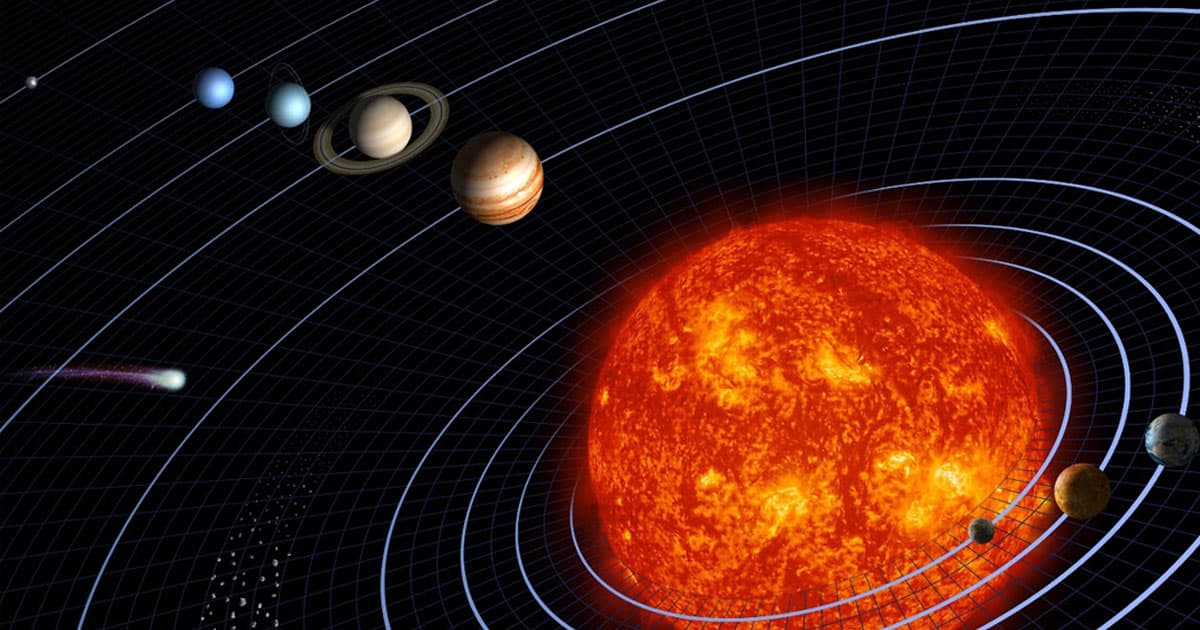 It could help us make vastly better gravitational wave recordings.

It could help us make vastly better gravitational wave recordings.

For the first time, scientists have managed to find our solar system's precise center of gravity down to about 100 meters — a flabbergastingly precise measurement on the scale of our vast solar system.

It sounds like a trivial feat — think back to the posters hanging in your classroom and you might reasonably assume that the center of our solar system is smack dab in the middle of the Sun. But finding the gravitational center — its barycenter, in the lingo — is actually a complex task, ScienceAlert reports, that involves factoring in the pull of every planet, asteroid, and moon in the star system.

With all those gravitational tugs — especially Jupiter's particularly strong pull — accounted for, the real center of gravity in our solar system lies just above the Sun's surface, according to research published in The Astrophysical Journal.

With that knowledge in hand, astronomers can more accurately hunt for gravitational waves given off by faraway supermassive black holes and pulsars, ScienceAlert reports. That's because these measurements are extremely sensitive to error and depend on us knowing where Earth is relative to the solar system's barycenter.

Now, armed with a better understanding of the solar system's balance, scientists expect their gravitational recordings to suddenly improve.

"Using the pulsars we observe across the Milky Way galaxy, we are trying to be like a spider sitting in stillness in the middle of her web," NASA astronomer Stephen Taylor said in a press release. "How well we understand the solar system barycenter is critical as we attempt to sense even the smallest tingle to the web."

READ MORE: Astronomers Have Located The Centre of The Solar System to Within 100 Metres [ScienceAlert]

More on the solar system: Astronomers Discover "Mirror Image" of our Solar System

Space Lumps
Scientists Say We May Be Extremely Wrong About the Universe
4. 28. 22
Read More
Into Darkness
Inside NASA's Bold Proposal to Probe the Mysteries of Dark Matter
3. 11. 22
Read More
Ripple Burst
Scientists Detect "Tsunami" of Gravitational Waves
11. 8. 21
Read More
+Social+Newsletter
TopicsAbout UsContact Us
Copyright ©, Camden Media Inc All Rights Reserved. See our User Agreement, Privacy Policy and Data Use Policy. The material on this site may not be reproduced, distributed, transmitted, cached or otherwise used, except with prior written permission of Futurism. Articles may contain affiliate links which enable us to share in the revenue of any purchases made.
Fonts by Typekit and Monotype.