The search for the elusive phantom planet continues. 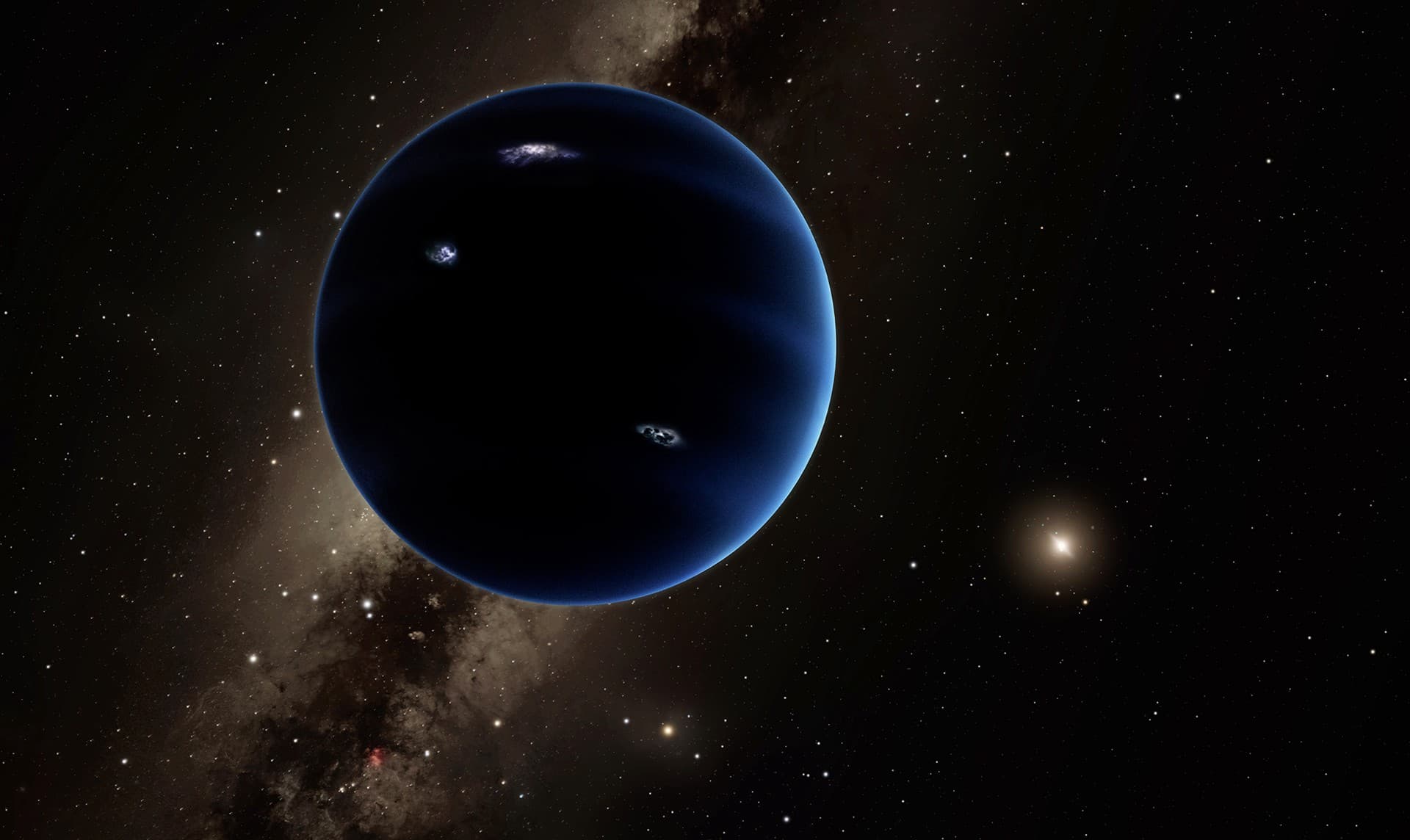 Image by California Institute of Technology

In 2016, one decade after Pluto was downgraded to the status of dwarf planet, Caltech researchers proposed the existence of a new Planet Nine. Their conclusion was based largely on the distribution of objects in the space known as the Kuiper Belt, and not long after their data was released, it was challenged for possible observational bias.

Now, two astronomers from the Complutense University of Madrid have used a new technique that's less susceptible to this observational bias to analyze the space where Planet Nine could be lurking. The new study is published in the Monthly Notices of the Royal Astronomical Society (MNRAS).

"Assuming that the ETNOs are dynamically similar to the comets that interact with Jupiter, we interpret these results as signs of the presence of a planet that is actively interacting with them in a range of distances from 300 to 400 AU," study author Carlos de la Fuente Marcos told the Information and Scientific News Service (SINC). "We believe that what we are seeing here cannot be attributed to the presence of observational bias."

Of course, there's still no certainty yet whether the cause of these perturbations is indeed a planet. To be really sure that Planet Nine — and maybe even Planet Ten — exists, we might have to wait for data from the James Webb Space Telescope, set to launch in October 2018.

If we do uncover additional planets in our solar system, they'll do more than simply force us to update our science texts. Such a discovery could help us solve a decades-old questions about our corner of the universe — why the Sun has an unusual tilt — and it would also force us to rethink our simulations about the future of our solar system and how it might meet its ultimate end.

For now, however, all we can do is wait to see if the elusive Planet Nine actually exists. Future observations similar to those conducted by the team at the Complutense University of Madrid will ensure that we avoid any observational bias as the hunt continues.

Read This Next
Planet XP
Scientists May Have Accidentally Spotted an Extra Planet in Our Solar System
Separated at Birth
Harvard Astronomers Propose That Our Star System Used to Be Binary
Planet Nein
Astronomers Want to Figure Out What the Hell Planet Nine Is Once and For All
Pluto Not So Special Anymore
Scientists Discover 139 New "Minor Planets" in Our Solar System
Space Rocks
Materials Older Than the Solar System Found in Two Meteorites
More on Hard Science
Warped Tour
Feb 2 on futurism
Professor Believes Door to Warp Drive May Lie With Ethylene Glycol
Sky Bursts
Feb 2 on the byte
Astronomers Intrigued by 25 Mysterious Repeating Radio Signals From Deep Space
Tractor Beam
Jan 26 on the byte
Scientists Build Working Tractor Beam, Although It's Comically Tiny
READ MORE STORIES ABOUT / Hard Science
Keep up.
Subscribe to our daily newsletter to keep in touch with the subjects shaping our future.
+Social+Newsletter
TopicsAbout UsContact Us
Copyright ©, Camden Media Inc All Rights Reserved. See our User Agreement, Privacy Policy and Data Use Policy. The material on this site may not be reproduced, distributed, transmitted, cached or otherwise used, except with prior written permission of Futurism. Articles may contain affiliate links which enable us to share in the revenue of any purchases made.
Fonts by Typekit and Monotype.