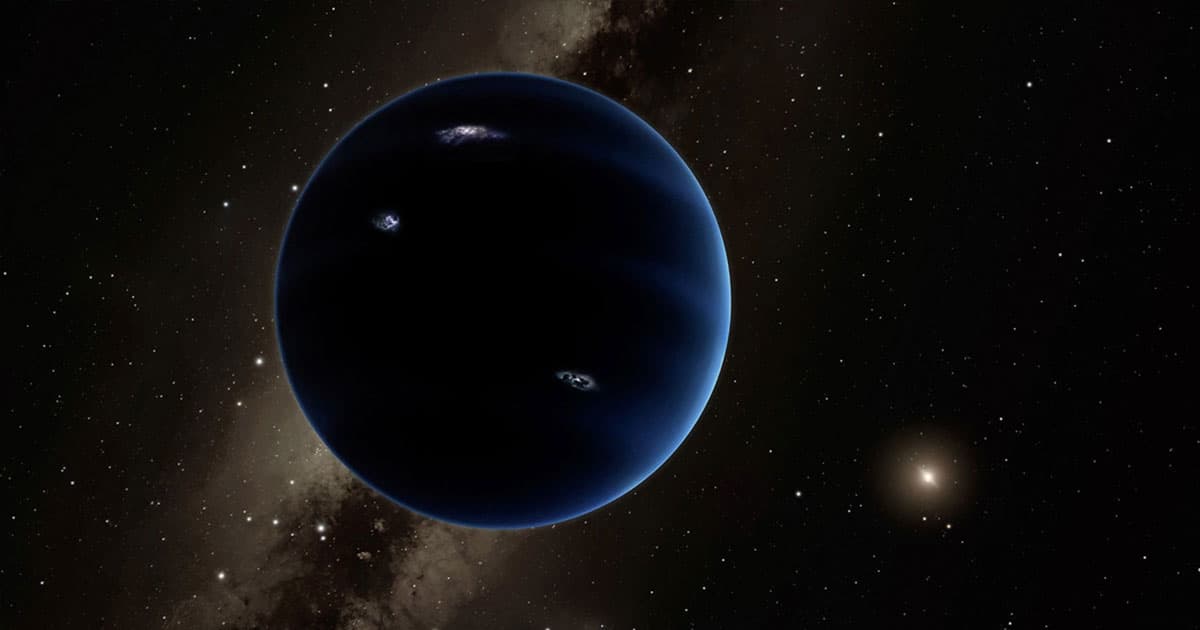 Scientists may have glimpsed the elusive and mysterious Planet Nine — that is, if it actually exists — back in 1983.

That's according to Michael Rowan-Robinson, an astronomer at the Imperial College London, who analyzed observations made by the Infrared Astronomical Satellite (IRAS) back in 1983.

In a new paper, which has yet to be peer reviewed, Rowan-Robinson argues that shots from the telescope could actually turn out to show a ninth planet orbiting our Sun.

Despite the excitement, chances are slim.

"Given the poor quality of the IRAS detections, at the very limit of the survey, and in a very difficult part of the sky for far infrared detections, the probability of the candidate being real is not overwhelming," he wrote in the preprint earlier this month.

"However, given the great interest of the Planet Nine hypothesis, it would be worthwhile to check whether an object with the proposed parameters and in the region of sky proposed, is inconsistent with the planetary [trajectories]," he wrote.

In 2016, a pair of Caltech astronomers proposed that strangely behaving objects in the Kuiper Belt were being affected by a great gravitational pull of something with a huge mass.

They suggested at the time that a ninth planet, up to ten times the mass of the Earth, could be causing these Trans-Neptunian Objects (TNOs) to behave so erratically.

Other theories suggest the object could be a black hole, while others suggest it could be a cluster of much smaller objects.

But extensive searches have yet to come up with proof that Planet Nine actually exists. If it does exist, it is extremely far away and doesn't receive much light from the Sun.

Now, Rowan-Robinson has come up with three point sources, each detected roughly a month apart, picked from around 250,000 total sources detected by IRAS. These three sightings could point to the existence of a single transient object, the astronomer suggests in his paper.

If Rowan-Robinson is correct, the planet would be somewhere between three to five times the mass of the Earth, orbiting the Sun 225 times the distance between the Earth and the Sun. Neptune orbits the Sun at around 30 astronomical units.

The researcher is now suggesting that we analyze infrared and optical data at these three locations.

It may be a long shot — but it's an exciting new chapter in our hunt for the elusive Planet Nine as well.

Read This Next
Separated at Birth
Harvard Astronomers Propose That Our Star System Used to Be Binary
Planet Nein
Astronomers Want to Figure Out What the Hell Planet Nine Is Once and For All
Pluto Not So Special Anymore
Scientists Discover 139 New "Minor Planets" in Our Solar System
Futurism
It's 2018. Here Are Six Scientific Mysteries We Still Haven't Solved.
Futurism
Scientists Just Presented New Evidence That Supports Planet Nine's Existence
More on Hard Science
Moved to Tears
Yesterday on the byte
Scientists Say New James Webb Images Are So Powerful That It Was Emotional Just Looking at Them
Good God
Tuesday on the byte
Huge Cloud of Toxic Yellow Gas Kills 13
zombie star
Tuesday on futurism
Scientists Puzzled by Star That Exploded in Supernova But Somehow Survived
READ MORE STORIES ABOUT / Hard Science
Keep up.
Subscribe to our daily newsletter to keep in touch with the subjects shaping our future.
+Social+Newsletter
TopicsAbout UsContact Us
Copyright ©, Camden Media Inc All Rights Reserved. See our User Agreement, Privacy Policy and Data Use Policy. The material on this site may not be reproduced, distributed, transmitted, cached or otherwise used, except with prior written permission of Futurism. Fonts by Typekit and Monotype.