Did the scientists behind the Planet Nine hypothesis make an embarrassing mistake? 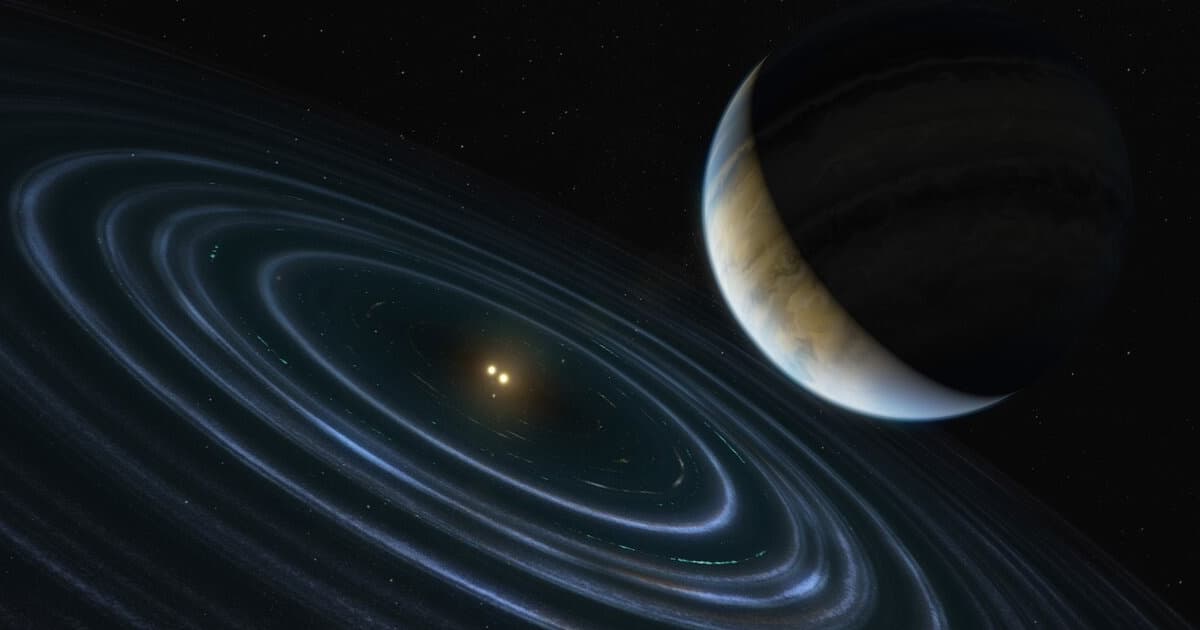 For years now, a team of astronomers have supported a controversial theory that a ninth planet is circling the Sun at an orbit beyond Neptune.

Their evidence: clusters of trans-Neptunian objects (TNOs) appear to orbit together, around what they hypothesize to be a massive object lurking in the far reaches of our star system.

Since 2016, Mike Brown and Konstantin Batygin from the California Institute of Technology have argued that the erratic behavior of unusually clustered TNOs orbiting the Sun at extremely tilted and elongated orbits could be explained by the gravitational forces of a hypothetical Planet Nine, a celestial body about ten times the mass of Earth.

But plenty of other scientists feel differently. Most recently, a team of astronomers led by Kevin Napier of the University of Michigan investigated if what Brown and Batygin observed was simply due to selection bias, as Science Magazine reports. In other words, they saw the TNOs behave in particular ways depending on where they looked, observing only a small subset of TNOs without accounting for the wider population.

Compounding the argument, TNOs are still shrouded in mystery. By nature, TNOs are extremely difficult to observe since they are so far away. The best way to spot them is once they zip past the inner Solar System during their unusual orbits, but even then they are hard to make out in front of the relatively bright Milky Way, according to Science.

What we do know is that there are plenty of them in our star system. In March 2020, researchers used data from the Dark Energy Survey, an infrared study that investigates the expansion of the universe, to catalogue more than 300 "minor planets" beyond Neptune's orbit.

To kick off the daunting task of testing Batygin's clustered TNO theory, Napier's team used three different surveys that use a variety of different telescopes to observe 14 equally distant TNOs.

As detailed in a paper accepted into the Planetary Science Journal, the team concluded that the data from the three surveys didn't present enough evidence for clustering, the foundational argument Brown and Batygin used to build out their Planet Nine theory.

In fact, Napier and his team's analysis did not rule out the possibility that TNOs were uniformly distributed throughout our Solar System, effectively poking a hole in the heart of the Planet Nine theory.

Clustering "is a consequence of where we look and when we look," Napier told Science. "There’s no need for another model to fit the data."

Batygin defended his position by pointing out that Napier's analysis couldn't "distinguish between a clustered and uniform distribution."

Napier and his team's research isn't a definitive answer to the question of if Planet Nine exists or not, especially considering the sample size of just 14 TNOs. The team is hoping that the Vera Rubin Observatory, a telescope that's scheduled to start operations in 2023, could shed more light on the erratic movement of extreme TNOs.

And perhaps then we'll be able to more conclusively say if there is a ninth planet orbiting our Sun.

More on Planet Nine: Harvard Astronomers Propose That Our Star System Used to Be Binary

Read This Next
Monkey Business
China Plans to Send Monkeys to Space Station to Have Sex With Each Other
Overview Effect
William Shatner Says His Space Trip Left Him With a Feeling of Terrible Grief
Astronaut Drip
We Just Got the First Peek at NASA's Artemis Moon Landing Suits
Blast Off
Former Astronaut Details Quest to Grow Cannabinoids in Space
RIP
Unfortunate Comet Flies Too Close to the Sun, Disintegrates and Becomes a Ghost
More on Off World
Drama Bomb
Wednesday on the byte
European Space Agency Halts Plans to Send Astronauts to Chinese Space Station
Futurism
Wednesday on the byte
Asteroid Mining Startup About to Launch First Mission
Carry On, Wayward...
Wednesday on the byte
NASA Says Lucy Spacecraft Will Forge Ahead With Busted Solar Array
READ MORE STORIES ABOUT / Off World
Keep up.
Subscribe to our daily newsletter to keep in touch with the subjects shaping our future.
+Social+Newsletter
TopicsAbout UsContact Us
Copyright ©, Camden Media Inc All Rights Reserved. See our User Agreement, Privacy Policy and Data Use Policy. The material on this site may not be reproduced, distributed, transmitted, cached or otherwise used, except with prior written permission of Futurism. Articles may contain affiliate links which enable us to share in the revenue of any purchases made.
Fonts by Typekit and Monotype.