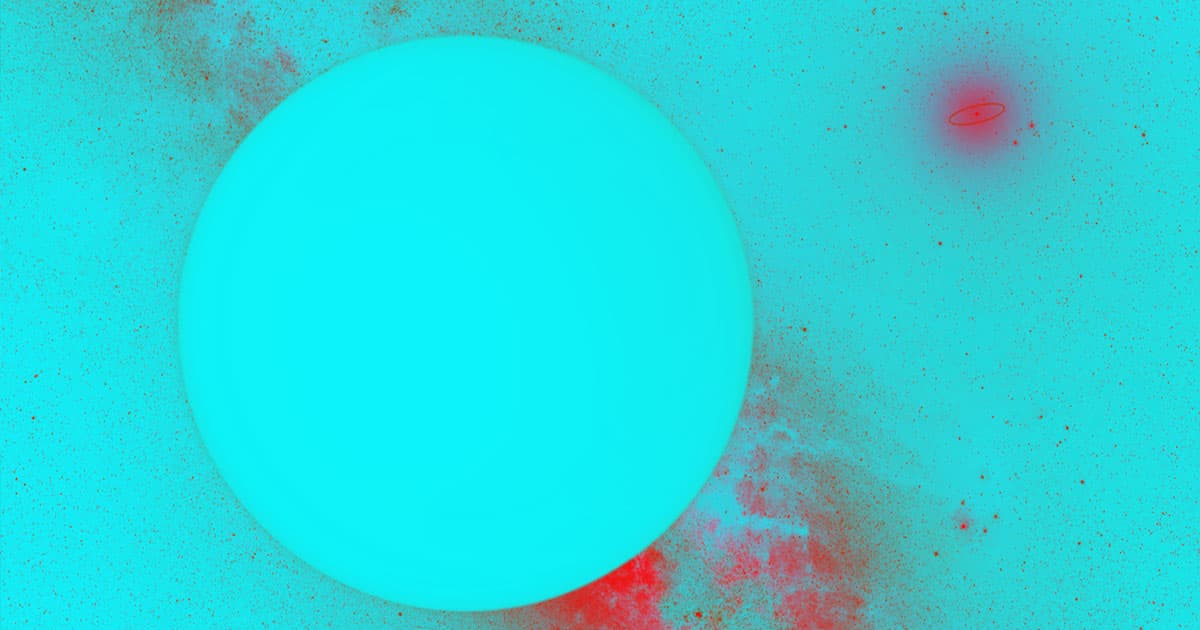 A Black Hole May Be Orbiting Our Sun. This Guy Wants to Find It.

If the mysterious "Planet Nine" is actually a black hole, this physicist has a plan to find it.

If the mysterious "Planet Nine" is actually a black hole, this physicist has a plan to find it.

For years, gravitational disturbances have led astronomers to speculate about a mysterious "Planet Nine" that may be orbiting our Sun way out past Pluto.

Some have even suggested that it could be a tiny — but extremely heavy — black hole, trapped by the Sun's gravitational pull. And now, Discover Magazine reports, a physicist at the Institute for Advanced Study named Ed Witten has a plan to find it.

But if there is a black hole orbiting the Sun, it would be almost impossible to find: a black hole with the mass attributed to Planet Nine would only be about five centimeters wide, Discover reports.

Instead of trying to spot it directly, Witten suggests dispatching a gigantic fleet of tiny spacecraft. If one of them gets dragged off-course by an unexpected force, Witten says that would be a sign of the black hole's gravitational pull.

Unfortunately, these nanospacecraft don't exist yet — though researchers have long hoped to develop tiny vehicles that they could blast into the cosmos, propelled by powerful terrestrial lasers.

"If further study of the Kuiper Belt strengthens the case for existence of Planet Nine, but discovery via telescopic searches or a dark matter annihilation signal does not follow," Witten told Discover, "then a direct search by a fleet of miniature spacecraft may become compelling."

READ MORE: If Planet Nine Is a Tiny Black Hole, This Is How to Find It [Discover Magazine]

More on Planet Nine: New Research: There Might Not Be a Planet Nine After All