New Research: There Might Not Be a Planet Nine After All

"It’s pretty bad for the idea of Planet Nine." 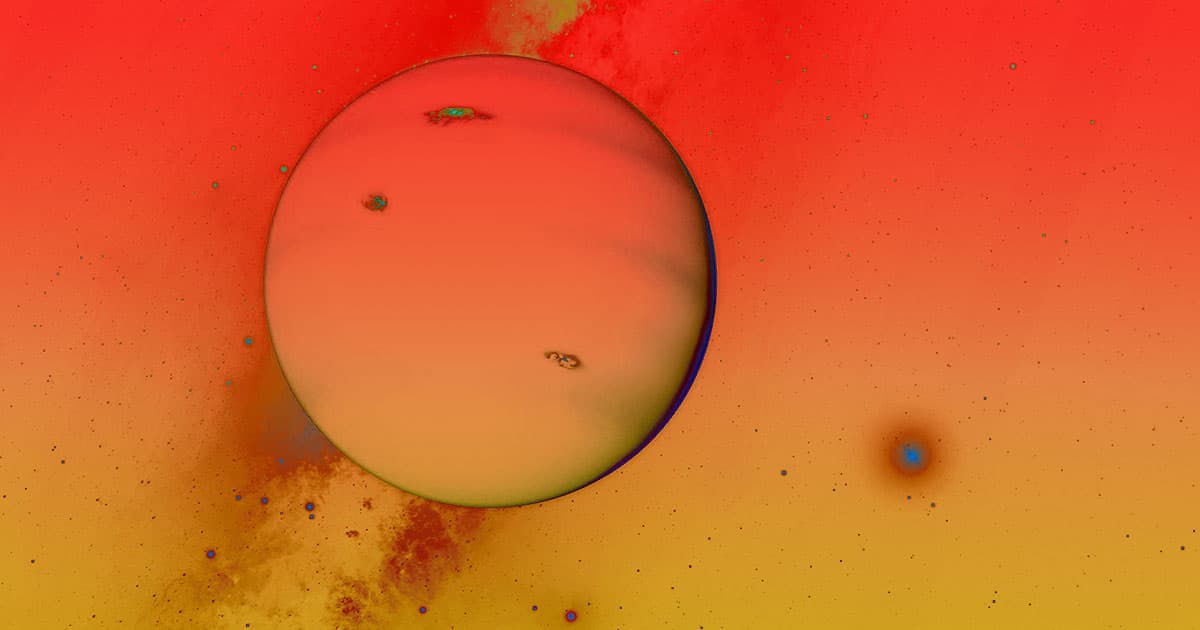 A new study by astronomers at the University of Pennsylvania brings into question the existence of Planet Nine — a long-suspected ninth planet in our solar system that orbits the Sun beyond Neptune, New Scientist reports.

Since 2014, astronomers have proposed a variety of possibilities that could explain strange behavior exhibited by "trans-Neptunian objects" — small celestial bodies that orbit our star beyond Neptune — arguing that they could be influenced by the gravitational pull of a huge and still-undiscovered ninth planet, five times the mass of Earth. Others have argued that Planet Nine is simply a cluster of smaller space rocks.

Now, though, the Pennsylvania researchers analyzed data from the Dark Energy Survey, a visible and near-infrared survey conducted at an observatory in Chile, and found no evidence of any "extreme trans-Neptunian objects" clumping together.

"We would not have formulated the Planet Nine idea if our data was the only data that existed," Pedro Bernardinelli, lead author of the paper submitted to preprint archive arXiv earlier this month, and astronomer at the University of Pennsylvania, told New Scientist.

Bernardinelli also led a different study, published in March, which claimed to have discovered 139 minor planets — worlds too small to be considered proper planets, but not comets or space rocks either — orbiting the Sun beyond Neptune using Dark Energy Survey data.

"As we’re finding more of these distant objects, the distribution starts to look more even," Samantha Lawler at the University of Regina, Canada, who was not involved in the study, told New Scientist. "It’s pretty bad for the idea of Planet Nine."

According to Lawler, though, we shouldn't conclude that Planet Nine can't exist.

"The way that the Planet Nine hypothesis is constructed is that it’s completely impossible to falsify it — the only way to prove it’s not there is to search every square centimeter of the sky and not find it," she added.

Supporters of the Planet Nine hypothesis are still holding out hope, however. They claim that there simply isn't enough data on to arrive at an answer since the unusual orbits of trans-Neptunian objects would take them to extreme distances from the Sun, where they'd become incredibly difficult to spot.

READ MORE: Mysterious ‘Planet Nine’ on the solar system’s edge may not be real [New Scientist]

Read This Next
Butcher Shop
Neuralink Employees Admit Company Has Killed 1,500 Animals So Far
HIV Vaccine
Scientists Hopeful About Promising Results From HIV Vaccine
Health Revelation
Chris Hemsworth Reveals Grim Genetic Test Results, Will Take Break From Acting
PDA
Elon Musk Is Faving Posts on Twitter That Are Making Our Skin Crawl With Embarrassment
Baited
That "Research" About How Smartphones Are Causing Deformed Human Bodies Is SEO Spam, You Idiots
More on Sci-Fi Visions
LIfe Finds a Way
Dec 1 on the byte
Billionaire Private Astronaut Suggests Reviving Dinosaurs
Cybersecurity Dis...
Nov 13 on the byte
Insurance Company Refuses to Pay Ransom, So Hackers Start Releasing Health Records of Up To 10 Million People
Telescope Takedown
Nov 3 on the byte
Hackers Just Took Down One of the World's Most Advanced Telescopes
READ MORE STORIES ABOUT / Sci-Fi Visions
Keep up.
Subscribe to our daily newsletter to keep in touch with the subjects shaping our future.
+Social+Newsletter
TopicsAbout UsContact Us
Copyright ©, Camden Media Inc All Rights Reserved. See our User Agreement, Privacy Policy and Data Use Policy. The material on this site may not be reproduced, distributed, transmitted, cached or otherwise used, except with prior written permission of Futurism. Articles may contain affiliate links which enable us to share in the revenue of any purchases made.
Fonts by Typekit and Monotype.