Materials Older Than the Solar System Found in Two Meteorites 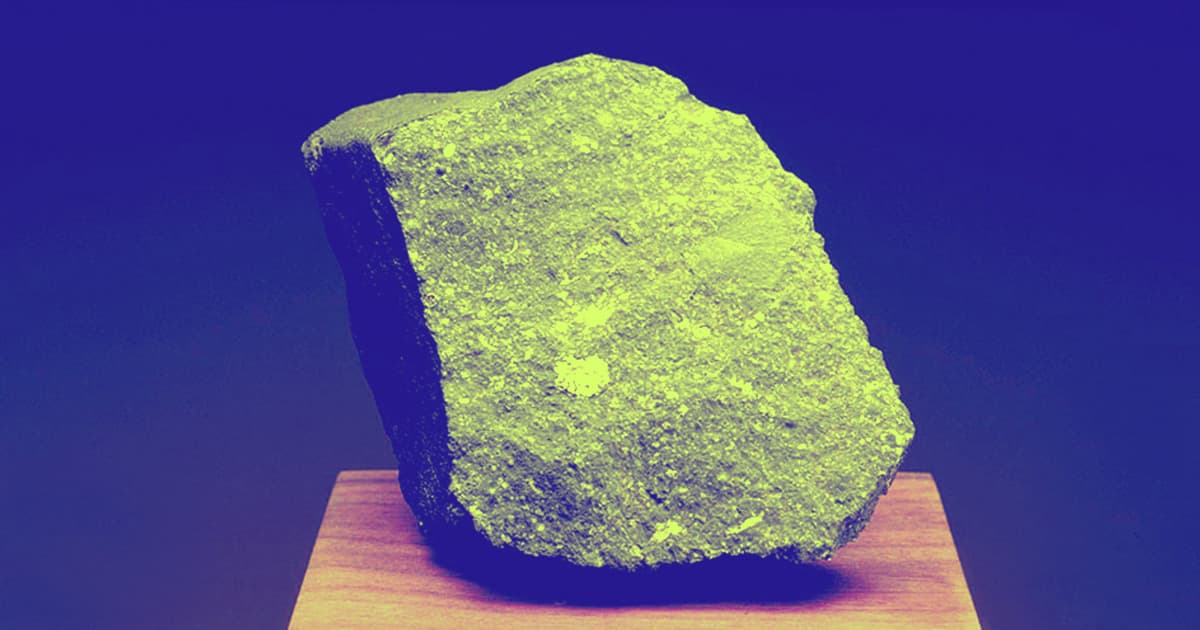 Earlier in January, an international team of researchers announced the discovery of dust grains five to seven billion years old in a meteorite that landed in Australia in 1969. That makes the grains the oldest solid materials ever found on Earth — with an age that predates even our solar system itself by around two billion years.

Now, just weeks later, a different team of researchers has announced the discovery of presolar materials in a separate meteorite — and this one also landed on Earth in 1969, but on the opposite side of the planet.

For this new study, published in Nature Astronomy on Monday, a team led by Washington University in St. Louis physicist Olga Pravdivtseva analyzed part of the Allende meteorite, which landed in Chihuahua, Mexico, in 1969.

Specifically, the team looked at an inclusion — a material trapped within a mineral during its formation — in the Allende meteorite known as Curious Marie. That analysis led to the discovery of presolar grains, which came as a surprise to the team.

"Following our current understanding of solar system formation," Pravdivtseva said in a news release, "presolar grains could not survive in the environment where these inclusions are formed."

While, clearly, this isn't the first time researchers have discovered presolar grains in meteorites — the study from earlier this month wasn't even the first time — it does change what scientists thought they knew about the grains.

It also illustrates how scientists are coming up with multiple novel ways to detect the grains. While Pravdivtseva's team relied on two in-house mass spectrometers for its research, the team behind the earlier study used data from NASA's Voyager 1 probe to date its presolar grains.

Ultimately, these new studies show how scientific advances are enabling us to glean new insights from old meteorites — and how those insights can inform our understanding of both Earth's solar system and what came before it.

"There is so much about conditions in the early solar system we can learn by studying these objects in detail," Pravdivtseva told Vice. "Whatever we learn adds more dimensions and details to the whole picture."

Read This Next
Water Life
Scientists Claim to Have Discovered the "Secret Ingredient for Building Life"
Soggy Past
NASA Spacecraft Finds Evidence of Ancient Rivers on Asteroid
Planet Nein
Astronomers Want to Figure Out What the Hell Planet Nine Is Once and For All
Space Munchies
Organism That Eats Meteorites Could Help Us Find Alien Life
Lonely Planetesimal
Astronomers Discover Fragment of Planet Orbiting Its Dead Star
More on Hard Science
Tractor Beam
Jan 26 on the byte
Scientists Build Working Tractor Beam, Although It's Comically Tiny
Having a Blast
Jan 18 on the byte
New Study Shows Where You Should Hide to Survive a Nuclear Attack
Offworld Amino
Jan 15 on the byte
Scientists Find Building Blocks of Life in Meteor That Smashed Into Family's Driveway
READ MORE STORIES ABOUT / Hard Science
Keep up.
Subscribe to our daily newsletter to keep in touch with the subjects shaping our future.
+Social+Newsletter
TopicsAbout UsContact Us
Copyright ©, Camden Media Inc All Rights Reserved. See our User Agreement, Privacy Policy and Data Use Policy. The material on this site may not be reproduced, distributed, transmitted, cached or otherwise used, except with prior written permission of Futurism. Articles may contain affiliate links which enable us to share in the revenue of any purchases made.
Fonts by Typekit and Monotype.