We can power the future and kill fossil fuels, all in one blow.

In Texas, a NET Power team is working towards building a power plant that runs off a form of carbon dioxide instead of steam. This would be the first plant of its kind. If successful, it could lead a massive transition towards green energy production.

Traditional power plants generate electricity by pushing and spinning turbines with steam created by boiling water. That sounds green enough until you think about how that water is boiled; most often by burning natural gas or coal. The new design will replace steam with carbon dioxide so hot and pressurized that it’s actually in a supercritical state. This means that it fills up space like a gas, but has the density of a liquid. The appeal of using carbon dioxide is in this density, which allows for the use of much smaller turbines.

This process will not only be greener because of the small size of the turbines: additionally, natural gas will be burned to heat the gas — but in an environment of pure oxygen. This will allow the release of only pure carbon dioxide without any additional byproducts. While this is not a completely emission free, environmentally friendly process, it’s by and large more efficient and green than previous methods. 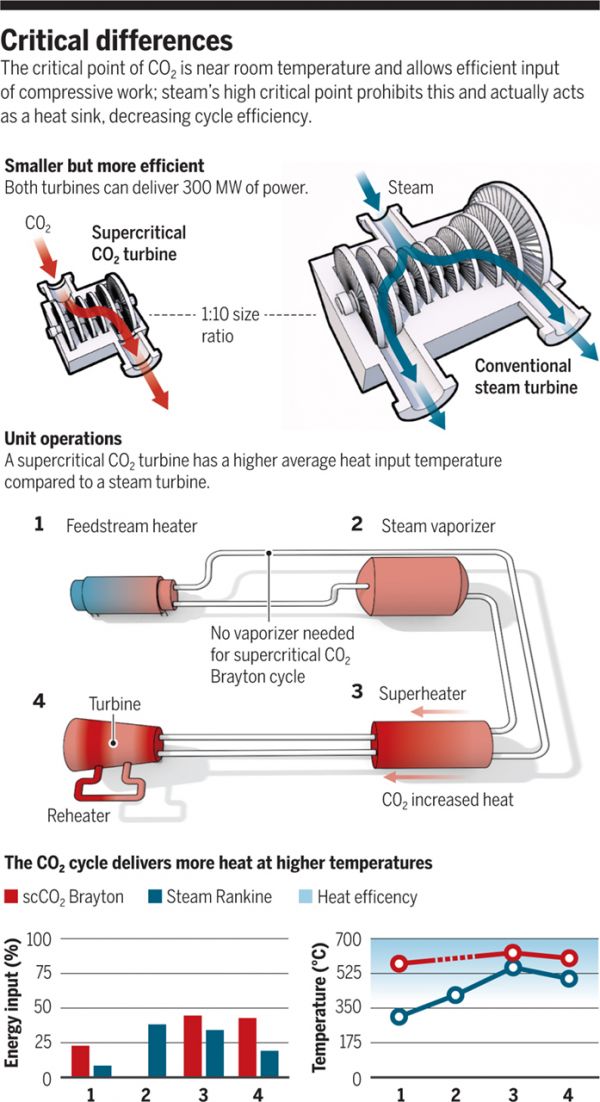 The Future of Electric

This has never before been attempted because getting carbon dioxide into a supercritical state and building such small turbines are both incredibly difficult tasks. If the team is able to pull it off, it could be a major step forward in the fight against fossil fuels. The larger plant, set to be built after the initial “test plant” proves to be successful, will be capable of powering up to 200,000 homes. And, as more and more of our devices, technology, and vehicles rely on electricity, it is crucial that we create more efficient and more environmentally friendly ways to create it. While it is important that we make an effort to replace gas-guzzling SUVs with electric vehicles, if the production of that electricity creates an excess of emissions, we cannot move forward.