Animal Testing Isn’t Working, but Better Alternatives Are on the Way

Scientists need to "think outside of the cage." 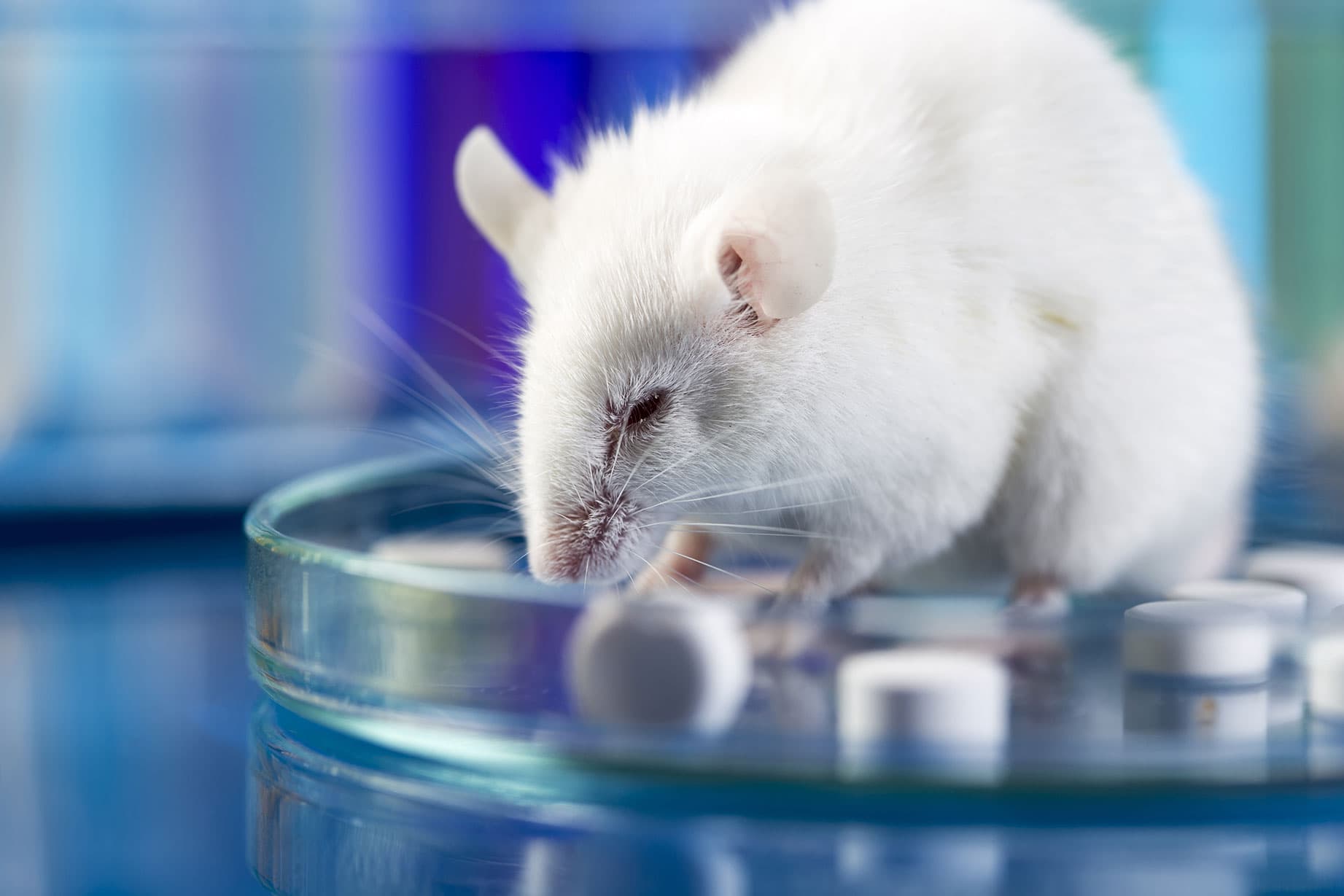 Last year, 820,812 animals were used for scientific experimentation in the United States alone, and that number climbs to millions when you look at research worldwide. About 60 percent of animal studies are related to human and animal diseases, such as testing for drugs and medical devices. These mice, dogs, and primates have been injected with lethal cancers, exposed to experimental drugs, and subjected to genetic experimentation.

Animals testing is generally viewed as necessary. Proponents claim it's the only way to predict whether potential pharmaceuticals are nontoxic and will have some positive benefit to humans without putting actual human subjects at risk. However, the results of animal testing simply do not support that theory.

Of the drugs that enter human trials after passing all of their animal studies, about 90 percent are demonstrated to be unsafe or ineffective in humans. In fact, in the realm of cancer, less than 8 percent of findings from animal studies prove applicable to humans. This supports the idea that animals are too different from humans to be good predictors for how our bodies deal with drugs and disease.

These are some of the reasons that Charu Chandrasekera, a researcher at the University of Windsor, has founded the Canadian Centre for Alternatives to Animal Methods (CCAAM). Chandrasekera said in an interview with the Windsor Star that she saw firsthand the ineffectiveness of animal testing during her 17 years engaged in biomedical research.

Chandrasekera will be directing researchers at CCAAM to advance these such technologies starting in October. She argues that recent advances in virtual modeling could enable computer programs to predict the potential effects of a drug on humans better than animal testing can. Another animal alternative Chandrasekera is particularly interested in is organoid modelling — a technique for growing human organs from adult human stem cells.

CCAAM researchers are not the only ones working on better tools for studying human health. A company called Emulate is partnering with the Food and Drug Administration (FDA) to create chips that function as human organs as a research tool. Emulate been working on a liver chip to study how drugs break down in the human body, but they have also been awarded a grant to make a brain chip for studies on the International Space Station.

Researchers from the University of Leeds and Avacta Life Sciences are developing a potential alternative to studies in which animals are used to discover new antibodies, proteins that have become increasingly important tools in biological research and medicine. These researchers have developed a new type of protein called "Affirmer proteins" that can do the same job. Affirmer proteins have the benefit of being grown in cells rather than animals, and they are also faster and cheaper to make.

These new methods for studying human health and medicine not only have the potential to provide better data than that attained through animal testing, they are also a more humane way to practice science. But simply developing these new tools will not ensure that researchers will actually use them, Chandrasekera argues. That is why CCAAM aims to eventually offer degree programs in animal replacement science.

“Our current paradigm is being ingrained into students," Chandrasekera said in the interview. "We want to get them to think outside of that cage. We want to teach them to think beyond animal models.”

Read This Next
Futurism
Lab Monkey Deaths Raise Questions About Animal Testing in the US
Futurism
A New Tool Could Help Us Finally Eliminate Animal Testing
Futurism
So Long, Animal Testing? Researchers 3D Print the First Heart-On-A-Chip
More on Hard Science
Warped Tour
Thursday on futurism
Professor Believes Door to Warp Drive May Lie With Ethylene Glycol
Sky Bursts
Thursday on the byte
Astronomers Intrigued by 25 Mysterious Repeating Radio Signals From Deep Space
Tractor Beam
Jan 26 on the byte
Scientists Build Working Tractor Beam, Although It's Comically Tiny
READ MORE STORIES ABOUT / Hard Science
Keep up.
Subscribe to our daily newsletter to keep in touch with the subjects shaping our future.
+Social+Newsletter
TopicsAbout UsContact Us
Copyright ©, Camden Media Inc All Rights Reserved. See our User Agreement, Privacy Policy and Data Use Policy. The material on this site may not be reproduced, distributed, transmitted, cached or otherwise used, except with prior written permission of Futurism. Articles may contain affiliate links which enable us to share in the revenue of any purchases made.
Fonts by Typekit and Monotype.