A Century-Old Tech Is Making a Comeback Thanks to Renewables 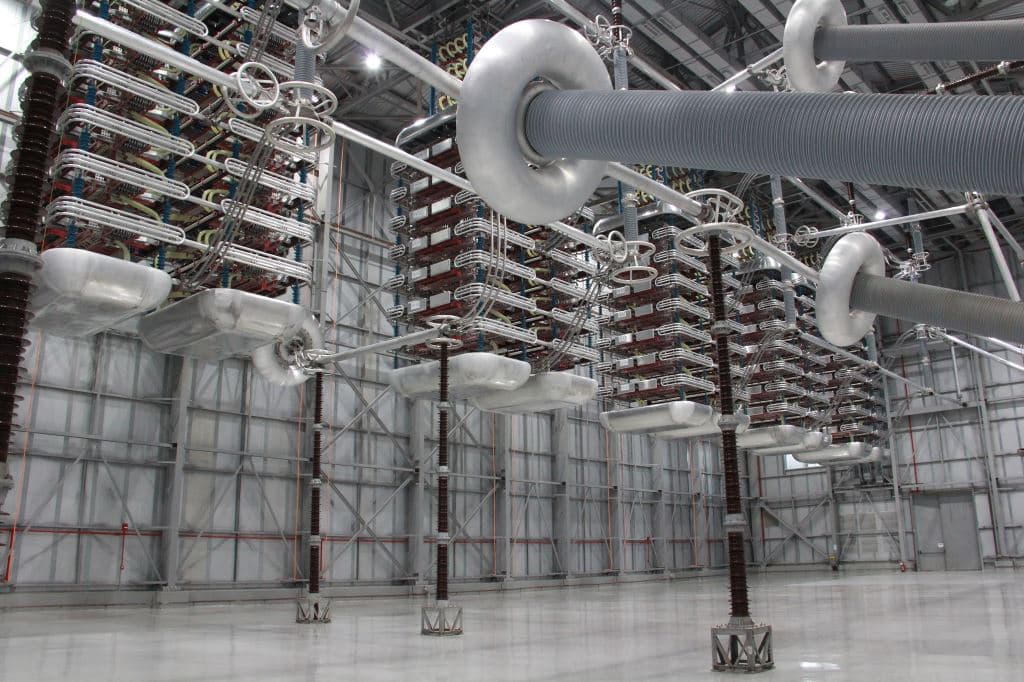 War of the Currents

Beginning in the 1880s, the personal and professional feud between Thomas Edison and Nikola Tesla became a team sport. Business leaders and other scientists joined in the chant, battling over the creation of the electrical grid of the growing United States: would it rely on direct current (DC) or alternating current (AC)?

The War of the Currents was fought as wars typically are, with dirty tricks on the ground. Edison, whose DC patents were earning him a nice income, had a vested interest in DC being the answer to the riddle of the grid, and indeed DC was the earliest standard in the U.S. However, DC is not able to convert to different voltages easily.

Tesla both hated Edison and knew that AC was the answer to this problem. AC changes directions periodically, in the U.S. 60 times per second. It is easy to change voltages using a transformer, and it can power much larger areas, while DC was pretty much stuck within a one mile radius of the source.

While Edison resorted to electrocuting stray animals to keep the public in fear of AC, the Chicago World's Fair really decided the issue in 1893. General Electric and George Westinghouse competed for the contract to power the fair. GE could have done it using DC for $554,000, but Westinghouse only needed $399,000 to power the fair with AC — and this turned the tide. By 1896 GE was also using AC, and the rest is history.

By the 1970s, power transmission technology improved, making DC an attractive option once again. For lines greater than 300-500 miles, DC is able to outcompete AC, going the distance without power loss. Today, DC is making a comeback, thanks to renewable energy sources. Many of them, such as large wind farms and solar arrays, are in rural areas, away from city centers.

These sources also naturally produce DC power, which is what many household devices run on. Electronic devices, including computers, flat screen televisions, LEDs, microwaves, and some variable speed devices with DC motors like fans, all run on internal DC power. In fact, up to 50 percent of total household power consumption may be DC power within 20 years. All of these factors fuel renewed interest in DC power.

In the near future, the few DC transmission lines which are now scattered all over the country may be connected by nine or more new long-distance lines. These high-voltage DC (HVDC) lines are a reflection of the geography of renewable power trends. Rural areas such as the Midwest now produce a large quantity of renewable energy that urban centers need — and power companies need to get it there.

Building these lines will also help the renewable energy industry grow; this is why entities like Clean Line Energy Partners are investing in them. "Using DC lines is a much better solution for moving power from big, remote wind or solar farms," University of Pittsburgh's Center for Energy and the Energy GRID Institute director Gregory Reed told Scientific American. "It's a rapid change in where we're getting our resources from."

Read This Next
Good Neighbors
German Government Says It May Keep Nuclear Plant Open After All
Unreliable Friends
Archipelagic Nation Sick of Other Countries Breaking Climate Change Promises
Brands We Love
Wondering if Solar Energy Is Right for Your Home? Find Out for Free.
Brands We Love
Residential Solar Power Seems Complicated. But This Free Service Makes It Easy.
Brands We Love
Is Solar Worth It in Your Area? Use This Free Cost Benefit Service to Find Out.
More on Earth & Energy
Going Hydrogen
Yesterday on the byte
Airbus to Strap Hydrogen Fuel Cell Engine to Massive Superjumbo Jet
Wolfenstein
Thursday on the byte
A Brain Parasite Is Making Wolves Into Pack Leaders, Scientists Say
LED Down the Wron...
Thursday on the byte
Defective LED Streetlights Are Turning the Night Purple
READ MORE STORIES ABOUT / Earth & Energy
Keep up.
Subscribe to our daily newsletter to keep in touch with the subjects shaping our future.
+Social+Newsletter
TopicsAbout UsContact Us
Copyright ©, Camden Media Inc All Rights Reserved. See our User Agreement, Privacy Policy and Data Use Policy. The material on this site may not be reproduced, distributed, transmitted, cached or otherwise used, except with prior written permission of Futurism. Articles may contain affiliate links which enable us to share in the revenue of any purchases made.
Fonts by Typekit and Monotype.