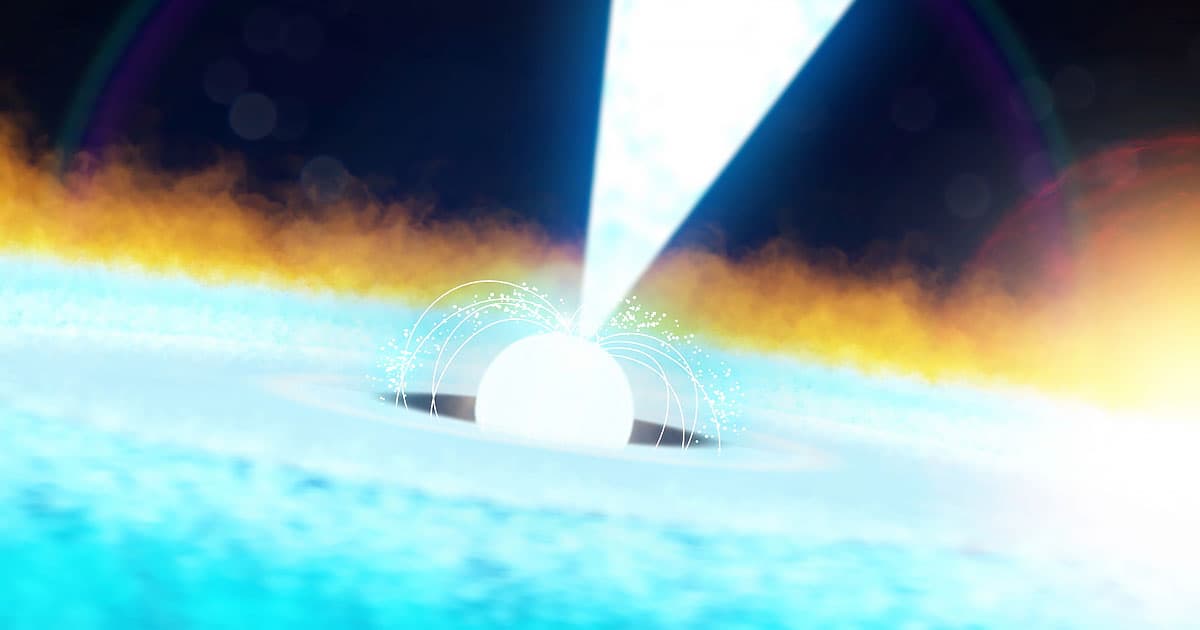 The massive explosion came from the surface of a pulsar.

The massive explosion came from the surface of a pulsar.

The culprit seems to be a distant pulsar, the space agency reports, which is the stellar remains of a star that blew up in a supernova but was too small to form a black hole. NASA spotted the burst because it sent out an intense beam of x-rays that got picked up by the agency's orbital observatory NICER.

All in all, it serves as a potent reminder: space is an extremely dangerous, extremely metal place.

The August explosion released in 20 seconds the same amount of energy our Sun would need 10 days to unleash, according to research published in The Astrophysical Journal Letters last month.

"This burst was outstanding," NASA astrophysicist Peter Bult, who led the research, said in NASA's statement. "We see a two-step change in brightness, which we think is caused by the ejection of separate layers from the pulsar surface, and other features that will help us decode the physics of these powerful events."

Astronomers think the thermonuclear explosion was caused by helium that sunk beneath the surface of the pulsar and fused into a ball of carbon.

"Then the helium erupts explosively and unleashes a thermonuclear fireball across the entire pulsar surface," NICER head Zaven Arzoumanian explained.

More on space: Pulsar Finally Found in the Andromeda Galaxy