Construction costs would be recouped in 20 years, claims the company behind the design. 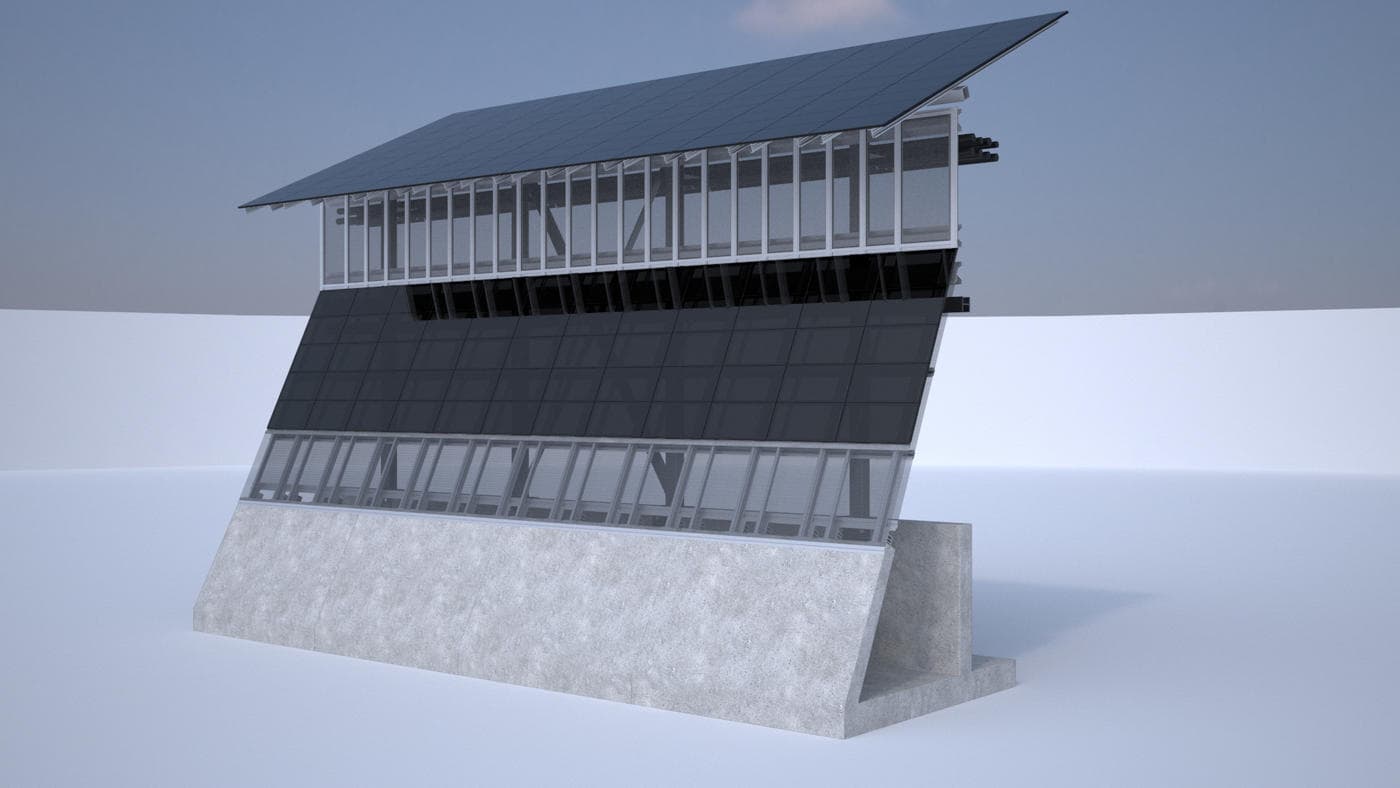 President Trump has proposed using solar panels in the construction of a wall along the 3,200 kilometer (1,988 miles) border separating Mexico and America — a key point in his election campaign. According to three individuals who have direct knowledge of the meeting with Republican leaders, Trump claimed he wanted to cover the wall segments with solar panels so they'd be "beautiful structures."

Trump cited the wall's economic benefits as well as its environmental ones. Thomas Gleason, managing partner of Gleason Partners LLC, the company that proposed the design, told Business Insider that each solar panel on the wall would produce 2.0MWp per hour of electricity, and, because of this, the wall would pay off the cost of its construction in 20 years through the energy it sells.

The cost of solar panels has decreased rapidly over the last nine years, from around $8 per watt in 2009 to roughly $1.50 per watt in 2016, according to the Solar Energy Industries Association, and Gleason believes the cost will continue to diminish over time.

While the bottom of the wall would still be built out of stone, the solar panels situated on the Mexico-facing side would be double tiered, with the upper layer moving to capture maximum sunlight.

Though any wall between Mexico and the United States is likely to still be controversial, one equipped with solar panels would have benefits on both a small and large scale. It would provide those on both sides of the border, which is currently underserved by electricity companies, with greater access to power. On a larger scale, it would contribute to the amount of electricity the U.S. generates from clean energy sources, which would in turn contribute to fighting climate change.

Opinions on the proposal are split.

Wunder Capital CEO Bryan Birsic told Business Insider, "While we would prefer a different location and purpose for a large solar installation, we strongly support all additional generation of clean power in the U.S."

Meanwhile, Nezar AlSayyad, a UC Berkeley professor of architecture and planning, told The Guardian that the wall was still “indefensible” and that “trying to embellish it with a technical function or a new utility ... is a folly.” Political theorist Langdon Winner was even more outspoken in his criticism: “I’m wondering what the solar electricity would be used for? Electrocuting people who try to climb the wall?”

Although the wall itself is controversial, any move by the U.S. government to promote solar energy is positive as it would lessen the country's own carbon footprint and help the world combat climate change.

Read This Next
Sun Shield
Scientists Increasingly Calling to Dim the Sun
Coastal Chaos
The Doomsday Glacier Is Hanging on "By Its Fingernails," Scientists Say
Dry Dock
The Top 13 Wildest Objects That Terrible Droughts Have Revealed
Harambe 2.0
Freya the Boat-Climbing Walrus Euthanized Because of Stupid Humans
Disease Dilemma
Study: Climate Change Making More Than Half of Infectious Diseases Far Worse
More on Earth & Energy
Ancient DNA
1:51 PM on futurism
Scientists Sequence DNA They Found From 2 Million Years Ago
Gross
Yesterday on the byte
Residents Alarmed When Entire River Turns White
Going Hydrogen
Dec 2 on the byte
Airbus to Strap Hydrogen Fuel Cell Engine to Massive Superjumbo Jet
READ MORE STORIES ABOUT / Earth & Energy
Keep up.
Subscribe to our daily newsletter to keep in touch with the subjects shaping our future.
+Social+Newsletter
TopicsAbout UsContact Us
Copyright ©, Camden Media Inc All Rights Reserved. See our User Agreement, Privacy Policy and Data Use Policy. The material on this site may not be reproduced, distributed, transmitted, cached or otherwise used, except with prior written permission of Futurism. Articles may contain affiliate links which enable us to share in the revenue of any purchases made.
Fonts by Typekit and Monotype.