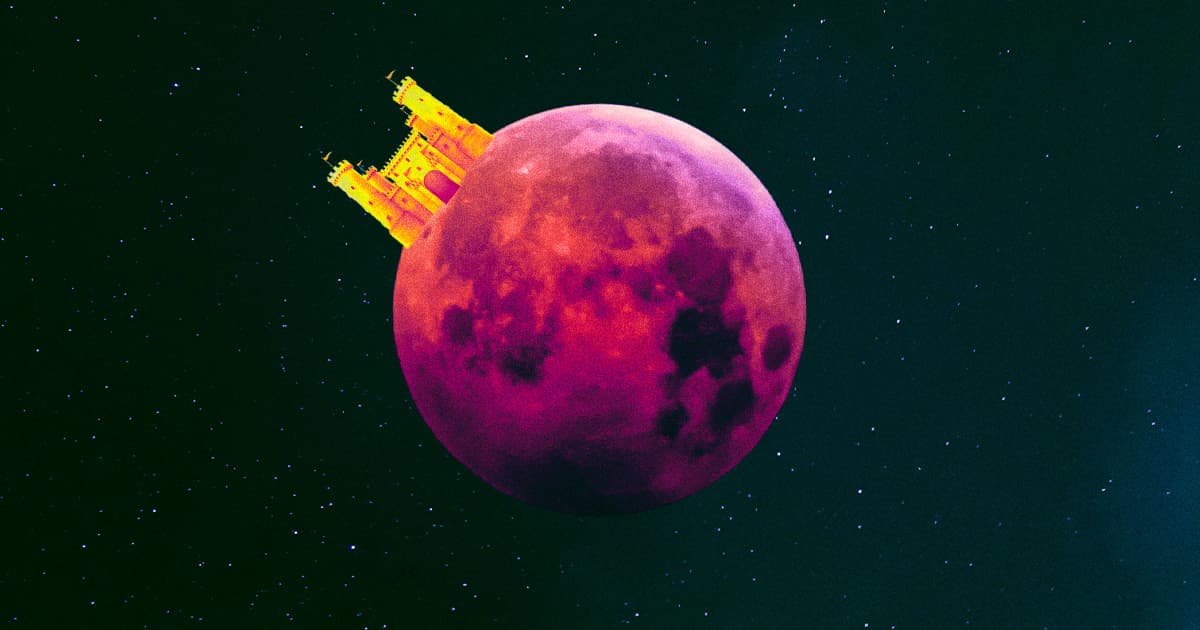 NASA Hires Company to 3D Print American Base on the Moon

"We're giving humanity the capability to build on other worlds."

"We're giving humanity the capability to build on other worlds."

Mankind may not physically be back on the Moon just yet, but the Moon Economy is already booming. Case in point: Axios reports that an Austin-based 3D printing firm called ICON just landed a $57.2 million cash infusion from NASA for its Project Olympus, the hopefully-spacefaring company's endeavor to create 3D-printed lunar shelters.

Per Axios, ICON plans to have its Moon huts ready for NASA use by 2026, assuming that the Artemis mission schedule remains intact. If the Moon is indeed to become a human outpost, durable and lightweight lunar housing will be essential — a reality that ICON CEO Jason Ballard doesn't seem to be taking lightly.

"We feel real weight and responsibility — we're not just doing this for ourselves," Ballard told Axios, adding that "we're giving humanity the capability to build on other worlds."

"The final deliverable of this contract will be humanity's first construction on another world," he added, "and that is going to be a pretty special achievement."

While ICON is most well-known for its work building Earthly structures, it's been hoping to build in space for some time now. Project Olympus was first launched in 2020, and the company also appears to have its eye on one day constructing a 3D-printed Mars colony.

Importantly, rather than bring a bunch of Earthly junk to the Moon's relatively pristine surface, ICON's goal is to build the lunar dwellings out of actual lunar materials — Moon dust, broken rocks, and the like.

According to Ballard, learning to build from the Moon's natural regolith ensures the viability of long-term human tenure on the Moon. (After all, would be a pain in the ass if Moon miners had to receive a payload from Earth every time they needed to build a new road.)

"If you tried to plan a lunar settlement or a moon base and you had to bring everything with you, every time you wanted to build a new thing it's like another $100M," Ballard told Payload. "But once you've got a system that can build almost anything — landing pads, roadways, habitats — and it uses local material, you are probably two or three orders of magnitude cheaper to build a permanent lunar presence than you would be in any other way that we can think of."

More on Artemis: Rejoice! Nasa's Artemis I Is Now Orbiting the Moon

Moon Wrestling
The Head of NASA Is Scared Chinese Astronauts Will Seize Portions of the Moon
Jan 3
Read More
Little Boxes
One Silly Little Detail Is Reportedly Delaying Artemis II by Years
12. 8. 22
Read More
Putting Things In Perspective
Amazing Artemis Photo Shows Every Human, Alive or Dead, Plus the Moon
11. 29. 22
Read More
+Social+Newsletter
TopicsAbout UsContact Us
Copyright ©, Camden Media Inc All Rights Reserved. See our User Agreement, Privacy Policy and Data Use Policy. The material on this site may not be reproduced, distributed, transmitted, cached or otherwise used, except with prior written permission of Futurism. Articles may contain affiliate links which enable us to share in the revenue of any purchases made.
Fonts by Typekit and Monotype.