If we want to colonize the Red Planet, our houses will need to be able to keep us alive. 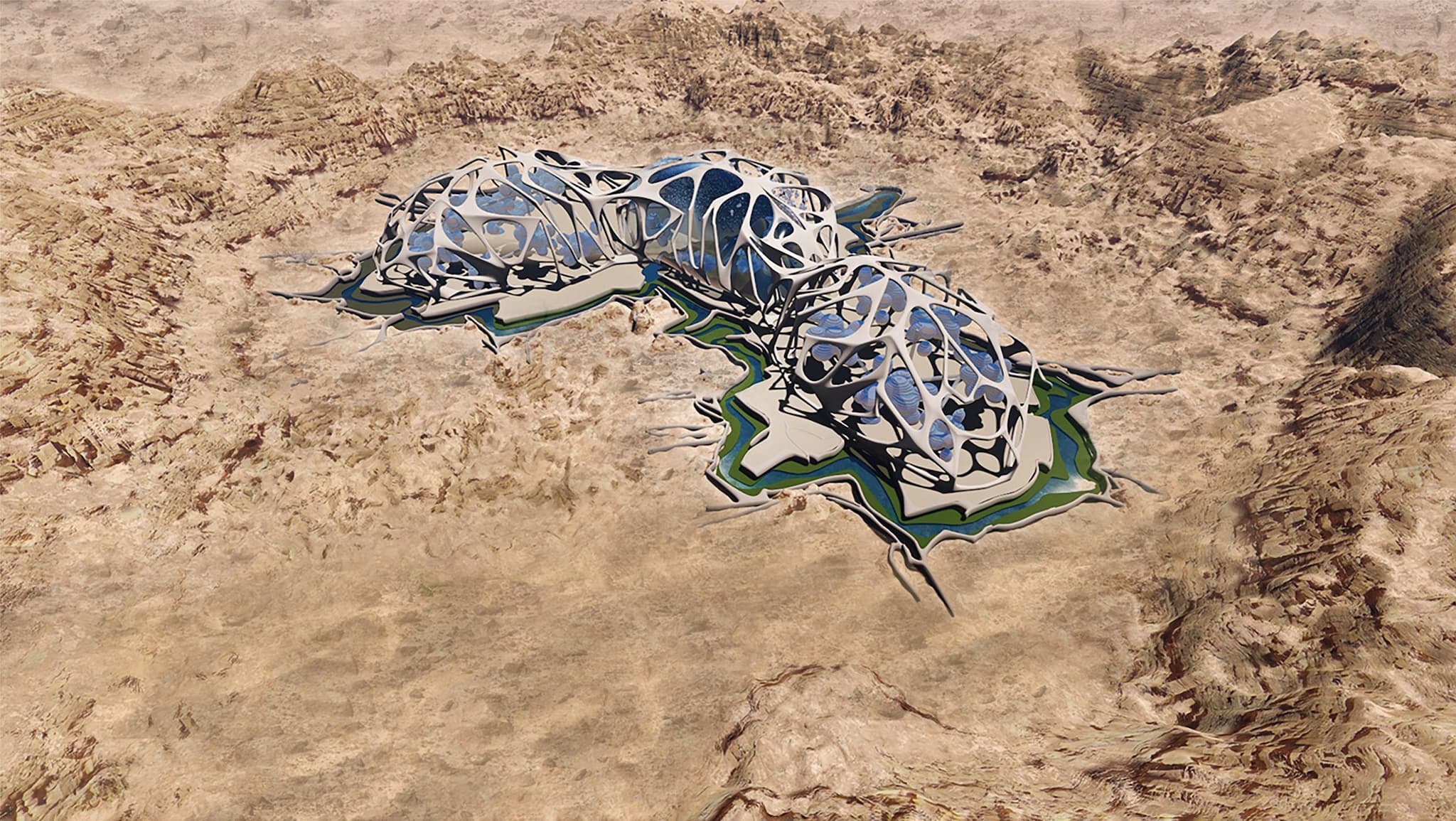 Ever wondered what life in Mars could look like? Well, to get the answers you seek, just ask a “Marschitect,” like Vera Mulyani, who founded Mars City Design – a think tank (of sorts) that is aimed at developing blueprints for the first self-sustaining city on Mars.

Select engineers, designers, and architects from all over the world will gather at a workshop at the University of Southern California in September to plan the exciting features of the first cities on Mars.

Mulyani says their project is “macro to micro,” which means the team will first explore how an entire city would function as a whole then trickle down into individual habitats. They hope to start with a base of four people on Mars and then ultimately grow it to a city of 1,000.

The workshop will be attended by Jim Erickson, project manager of NASA’s Mars Exploration Rover, and Madhu Thangavelu, a professor at the Viterbi School of Engineering, and Apollo 11 pilot Buzz Aldrin, among many others.

From 25 design entries, the Mars City Design team shortlisted three finalists with the best prototypes to be 3D-printed. Some of the designs include Neurosynthesis: an urban settlement with a closed river system and an artificial Martian waterfall; Project Dandelion: an autonomous habitat that uses regolith to provide a sustainable source of oxygen, water, energy and nutrition; Vertical Farms: sustainable farming to limit the reliance on sporadic supply runs from Earth; and Instant Structure: a laser explosion technology to rapidly create constructions as immediate solutions to natural disasters or war.

Mulyani says their team sees Mars as an opportunity to think long-term and plan sustainable cities, something we didn’t do with Earth.

Read This Next
The Other Left!
A Guy Who Drives NASA's Mars Rover Is Dishing About the Experience
Hammer Time
Crap: NASA's Mars "Mole" Finally Started Digging, Then Hit Another Obstacle
Mars Copter
Here's NASA's Ingenious Way of Testing Its Mars Helicopter
Futurism
In the Future, Humans May Live in 3D Printed Space Colonies
Futurism
NASA's Latest Mars Drone is Helping Save Lives on Earth
More on Robots & Machines
Robot Arm News
Yesterday on the byte
European Space Agency Shows Off Concept for Martian Sample Picker-Upper
From the Dept. of...
Yesterday on futurism
The Best Desk Lamps of 2023
Robot Ridicule
Jan 28 on the byte
Hilarious Video Shows Boston Dynamics Robot Failing Horribly
READ MORE STORIES ABOUT / Robots & Machines
Keep up.
Subscribe to our daily newsletter to keep in touch with the subjects shaping our future.
+Social+Newsletter
TopicsAbout UsContact Us
Copyright ©, Camden Media Inc All Rights Reserved. See our User Agreement, Privacy Policy and Data Use Policy. The material on this site may not be reproduced, distributed, transmitted, cached or otherwise used, except with prior written permission of Futurism. Articles may contain affiliate links which enable us to share in the revenue of any purchases made.
Fonts by Typekit and Monotype.