Something Very Bad Might Be About to Go Down at NASA

"This is utterly indefensible and is totally on NASA regardless of how contractors screwed up." 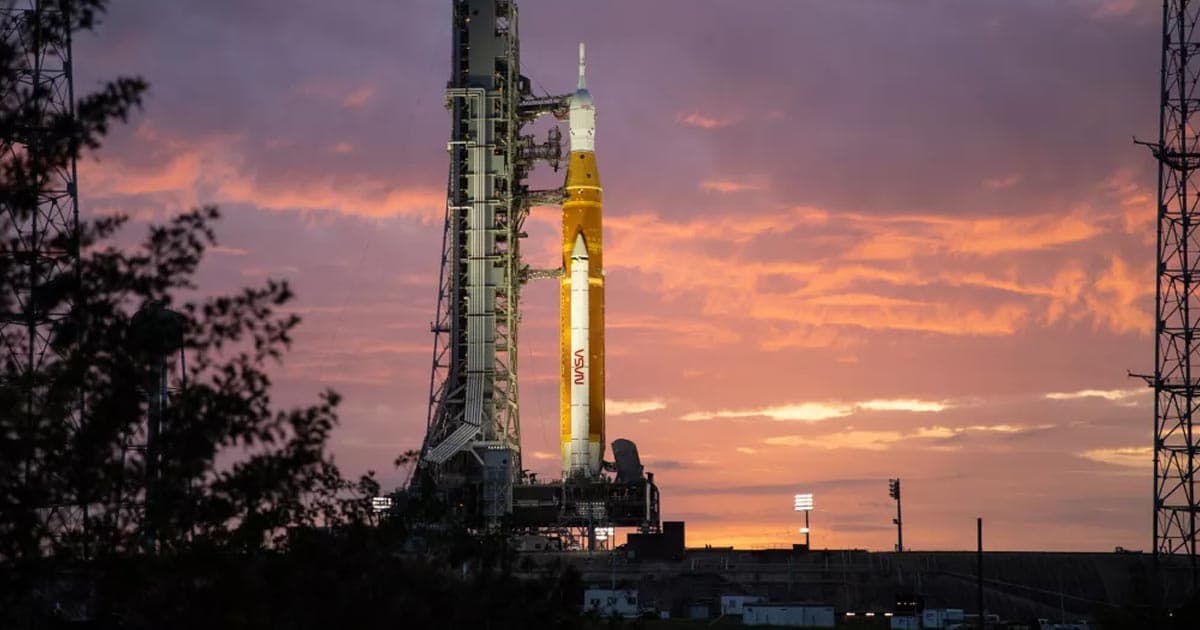 NASA's plans to return astronauts to the Moon are well on their way — but the cost of the endeavor is soaring.

The agency's development of its Space Launch System (SLS) has been mired in budget overruns and many years of delays, costing tens of billions of dollars over the last eleven years.

In the face of all that, NASA has yet to launch the SLS, or even successfully complete a full gamut of tests. During wet dress rehearsals in April, the agency's Artemis I rocket, meant to launch the first uncrewed mission around the Moon later this year, encountered valve issues so serious that they forced NASA to push the tests back to this month.

Meanwhile, the bills are continuing to stack up. NASA constructed a massive mobile launch tower meant to facilitate the launch of the SLS rocket and its Orion spacecraft, for instance, which cost a pretty penny.

And now, observers are starting to warn that an oversight report could deal a searing rebuke to the space agency's costly efforts.

"NASA expects the Inspector General's report on spiraling costs for its second mobile launch tower (for the SLS rocket) to come out this week," Ars Technica's Eric Berger tweeted. "It's a doozy."

The 380-foot tower acts as a tether, allowing ground crews to fuel and communicate with the rocket. Shortly before launch, the tower is designed to releases each of its "umbilicals" and allow the rocket to launch safely from the pad at Kennedy's Space Center.

But the impending sticker shock this week may throw a wet blanket over the agency's plans. The SLS project has already become immensely unpopular among some lawmakers.

"This is utterly indefensible and is totally on NASA regardless of how contractors screwed up," the blog NASA Watch piled on.

NASA Inspector General Paul Martin revealed in March that each SLS launch could cost as much as $4.1 billion, more than twice the already-ludicrous $2 billion target, which he said at the time was "a price tag that strikes us as unsustainable."

The issue of rising costs might not be entirely on NASA's shoulders. Martin also argued at the time that the agency's hands were tied, forced to pay extra compensation to its contractors on top of covering their costs, known as "cost-plus" rules set out by Congress to incentivize contractors.

Also looming large as an existential threat to NASA's SLS program is SpaceX's Starship, a massive heavy-launch vehicle the agency itself contracted to deliver astronauts to the surface of the Moon.

The Elon Musk-led company has made great strides in constructing its own launch tower, setting the stage for the long-awaited maiden voyage of its Starship spacecraft into orbit later this summer — and at least partially on NASA's dime.

If it succeeds on a reasonable schedule — a major "if," especially in the world of Musk's chronically overoptimistic timelines — Starship could make SLS obsolete soon after its debut.

But all that's in the future. In less than two weeks time, NASA will take another crack at rolling out its massive SLS rocket to the launch pad at Launch Complex 39B, the fourth attempt at a wet dress rehearsal.

Whether the tests will be enough of a success to distract from the astronomical costs involved, though, remains to be seen.

Read This Next
Putting Things In Perspective
Amazing Artemis Photo Shows Every Human, Alive or Dead, Plus the Moon
Fighting Words
Retired NASA Astronaut Scott Kelly Dishes on Ukraine, Russia, and Moon Mission
Psychological Warfare
Experts Excoriate NASA Report Claiming James Webb Wasn't Homophobic
Big Impact
Meteorite Hit Mars So Hard NASA Thought It Was a Quake
Failure to Launch
Lawsuit Accuses NASA of Widespread Racial Discrimination
More on Off World
Appetite for Dest...
Yesterday on the byte
Black Hole In "Hyper-Feeding Frenzy" Chews Through Stars and Shoots Its Leftovers Towards Earth
Lunar RGB
Wednesday on the byte
NASA Shows Off Artemis "Party Mode," Powered by Amazon (TM) Alexa (TM)
Love It or List It
Tuesday on the byte
NASA Hires Company to 3D Print American Base on the Moon
READ MORE STORIES ABOUT / Off World
Keep up.
Subscribe to our daily newsletter to keep in touch with the subjects shaping our future.
+Social+Newsletter
TopicsAbout UsContact Us
Copyright ©, Camden Media Inc All Rights Reserved. See our User Agreement, Privacy Policy and Data Use Policy. The material on this site may not be reproduced, distributed, transmitted, cached or otherwise used, except with prior written permission of Futurism. Articles may contain affiliate links which enable us to share in the revenue of any purchases made.
Fonts by Typekit and Monotype.