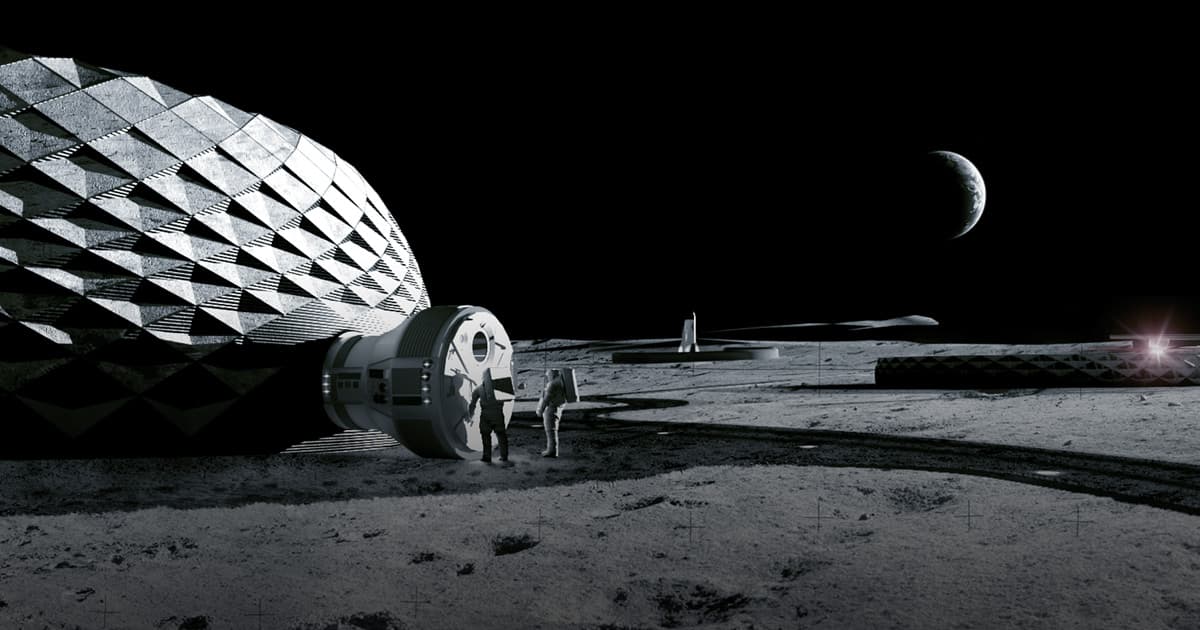 Is this what our future on the Moon looks like?

Is this what our future on the Moon looks like?

US-based construction technologies startup ICON has signed a $14 million contract with the U.S. Air Force — including $1.8 million from NASA, which will go toward developing a 3D-printing-based construction system called "Project Olympus" for the Moon.

The funding was included as part of a contract to research technologies that could create a base capable of supporting future trips to the Moon.

"Building humanity’s first home on another world will be the most ambitious construction project in human history and will push science, engineering, technology, and architecture to literal new heights," ICON co-founder Jason Ballard said in a statement.

To establish a permanent foothold on the Moon, future explorers will need protection from harsh conditions including extreme temperatures, radiation, and micrometeorite showers.

ICON is investigating 3D printing technologies to allow the construction of such a shelter. The company is building on existing experience with the Earthly versions of the same tech. In 2018, ICON became the first company to deliver the first, permitted 3D-printed home in the US. ICON also participated in NASA's 3D Printed Habitat Challenge.

ICON also says it's partnering with some of the biggest names in architecture in the world.

"With ICON we are pioneering new frontiers – both materially, technologically and environmentally," Bjarke Ingels, world renowned architect and founder and creative director of the BIG-Bjarke Ingels Group, said in the statement. "The answers to our challenges on Earth very well might be found on the Moon."

Editor's note 10/8/2020: This story originally misstated the size of NASA's investment. It has been updated.

More on ICON: These Adorable 3D-Printed Houses Could Solve Homelessness