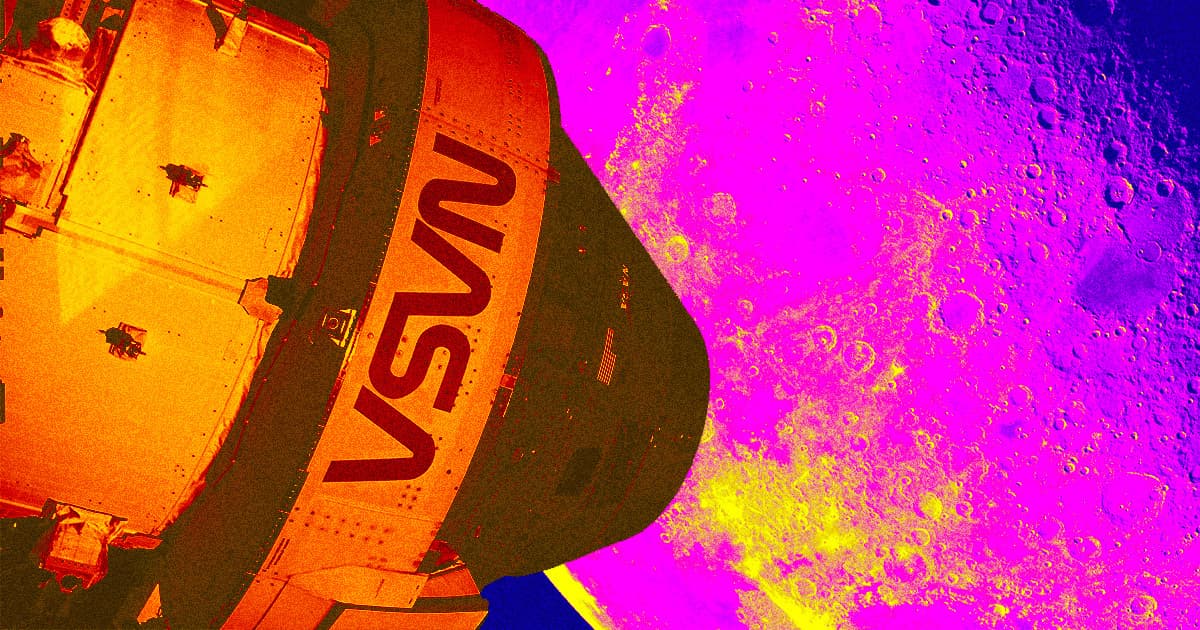 Rejoice! NASA's Artemis I Is Now Orbiting the Moon

"This is one of those days that you’ve been thinking about and dreaming about for a long, long time."

"This is one of those days that you’ve been thinking about and dreaming about for a long, long time."

NASA's Artemis I mission has, after months of delay and tens of billions of dollars, finally reached the Moon, which it will orbit for the next two weeks before returning home.

Just days after its launch, the Orion spacecraft has reached its lunar destination and is now engaging in the orbit pattern it will remain in until early December, as Universe Today notes, before traveling back to Earth and splashing down on December 11.

As the amazingly-named NASA flight director Zebulon Scoville cheered in a livestream, the United States' first concrete off world gestures towards boots on the Moon since the 1970s has been "a game changer."

"This is one of those days that you’ve been thinking about and dreaming about for a long, long time," Scoville mused during the livestreamed event.

As the BBC notes, the rocket flew over the landing sites of its predecessors, Apollo 11, 12, and 14 as it did its first lunar flover.

While en route, Artemis' Orion capsule took an incredible photo of our natural satellite, and a time-lapse GIF of its first flyby tweeted by CNBC's Michael Sheetz shows the epic scale of the close approach.

NASA's Artemis I mission just made its closest approach to the lunar surface.

A timelapse view from onboard @NASA_Orion, with the Earth setting behind the moon: https://t.co/L6HjwnM4Nm pic.twitter.com/DNeE1GjjvY

For all the money NASA spent on its Space Launch Systems rocket, though, it hasn't received nearly as much fanfare as the James Webb Space Telescope, which successfully launched Christmas Day of 2021 and has been winning hearts ever since.

This could be due to the very-public failed initial attempts to launch Artemis, or could be due to the fact that even though it's been the better part of a half-century, we've already been to the Moon. And though Artemis 1 is a promising proof of concept, there are no astronauts on board, which lowers the stakes and spectacle.

Nevertheless, NASA says that Artemis "exceeds expectations" and is trucking along splendidly — if you don't count the damage done to its launchpad back on Earth, that is.

More on Artemis: SpaceX Is about to Launch the First Ever Astronaut Who's an Indigenous Woman