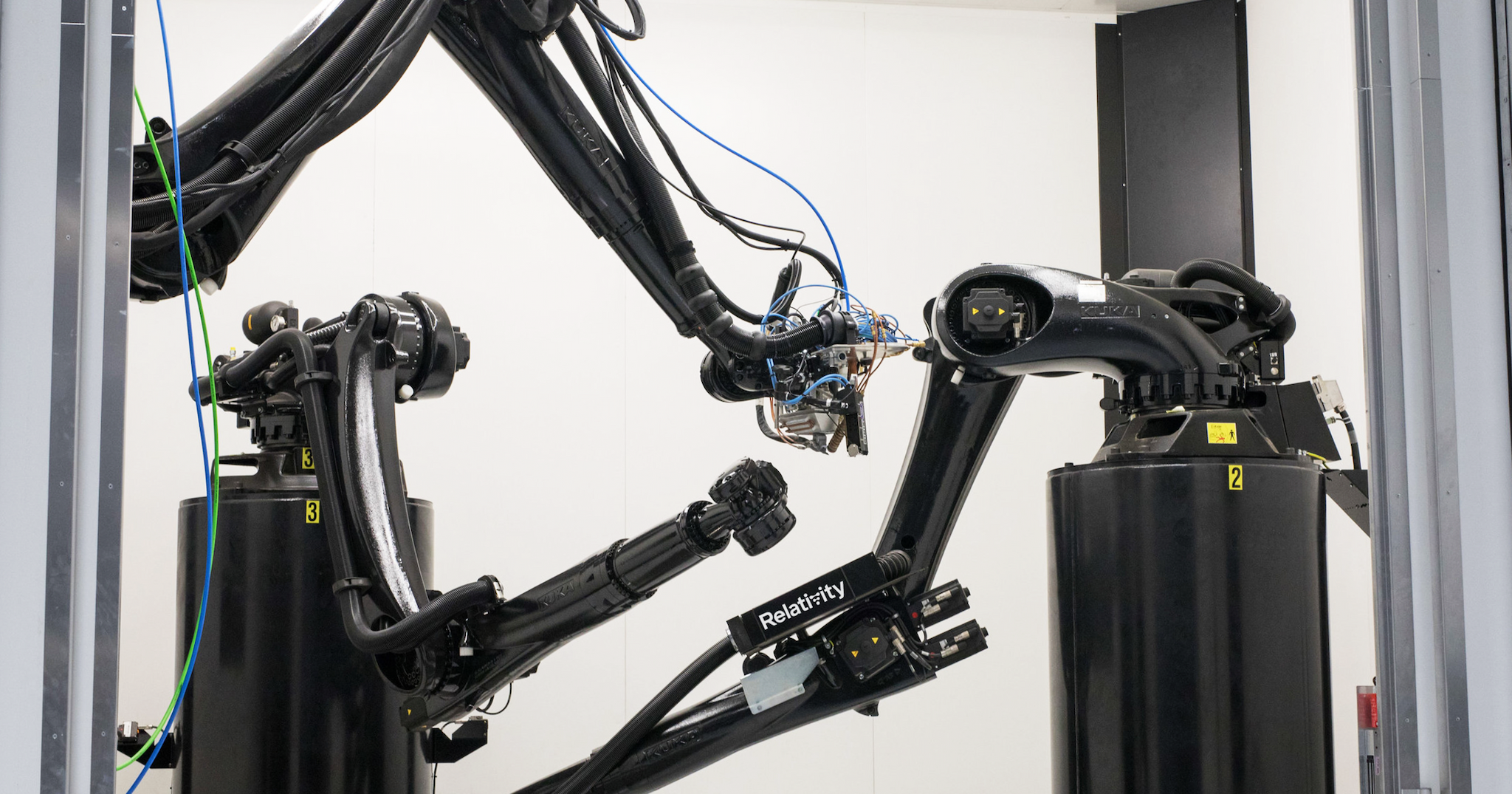 Forgot your wrench back on Earth? Just print one.

Forgot your wrench back on Earth? Just print one.

If these Mars colonists find themselves in need of a new piece of equipment while on the Red Planet, they'll be out of luck. That makes the prospect of a round-trip mission scary and the idea of long-term colonization downright terrifying.

We've written about the startup Relativity Space before, but now it's offering a potential solution to that supply conundrum: It proposes outfitting Mars colonists with sophisticated 3D printers that could churn out almost anything they could ever need — even an entire rocket.

Designing a 3D-printable rocket is one of Relativity Space's first goals. To meet it, the company is using a technology called laser sintering, which forms powdered metal into complex shapes.

According to Business Insider, it's also vastly simplifying its rocket design — while a conventional rocket has about 100,000 moving parts, Relativity's has only about 1,000.

Creating such a rocket is a major technical challenge, but Relativity has top-tier talent helping in the endeavor. Its co-founder and chief technology officer Jordan Noone previously worked at SpaceX and interned at Blue Origin, co-founder Tim Ellis was an engineer at Blue Origin, and advisor Tim Buzza was SpaceX's fifth employee and an engineer for Virgin Orbit, Richard Branson's rocket company.

That said, designing a rocket astronauts could 3D print on Mars is still an enormous challenge. If Relativity's project can make it off the ground, it'll be an enormous boon to colonization efforts.

"I would love to launch our factory to Mars, and then figure out how to scale and sustain that society very quickly," Ellis told Business Insider.

If successful, Relativity has the opportunity to make our off-world plans seem a little less scary.

Muellholland Drive
SpaceX Defector Is Aiming to Land on Mars Before Elon Musk
7. 19. 22
Read More
2001: A Space Trepidity
Scientists Ponder Gory Mayhem of Zero-Gravity Surgery
7. 8. 20
Read More
Moon. Pee. Base.
Scientists: Astronauts Could Build Moon Base Using Human Urine
3. 31. 20
Read More
+Social+Newsletter
TopicsAbout UsContact Us
Copyright ©, Camden Media Inc All Rights Reserved. See our User Agreement, Privacy Policy and Data Use Policy. The material on this site may not be reproduced, distributed, transmitted, cached or otherwise used, except with prior written permission of Futurism. Articles may contain affiliate links which enable us to share in the revenue of any purchases made.
Fonts by Typekit and Monotype.