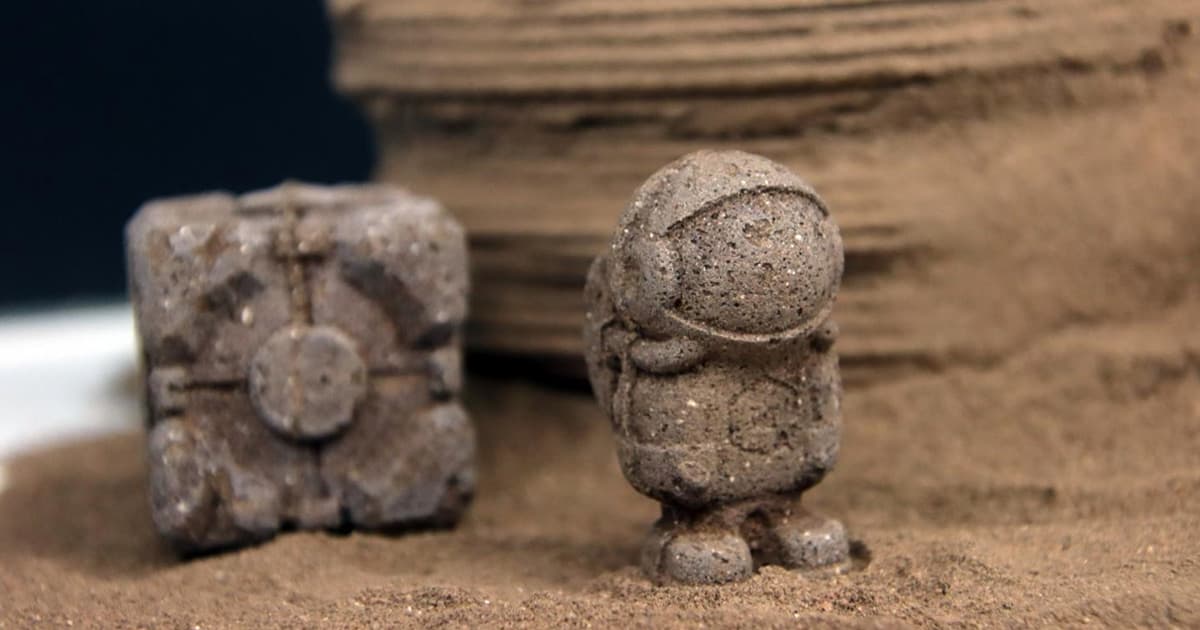 Scientists: We Could Build Mars Shelters Out of Insect Polymers and Martian Soil

A team of researchers are suggesting we could use one of the most common organic polymers on Earth to construct shelters on Mars.

The material, called chitin, is produced and metabolized by most biological organisms and makes up the bulk of the cell walls in fungi, insect exoskeletons, and fish scales.

The team, led by Javier Fernandez from the Singapore University of Technology and Design, attempted to make the material by combining a fiber made from chitin with mineral material that mimic the Martian soil.

Using only basic tools and simple chemistry, the team was able to construct a wrench and a scaled down model of a Martian habitat, as detailed in the paper published in the journal PLoS ONE this week.

"Working with simple chemistry suitable for early Martian settlement, we produced Martian biolith using chitosan derived from arthropod cuticle via treatment with sodium hydroxide, a component obtainable on Mars through electrolytic hydrolysis," the team writes in its paper.

"We have a route to... manufacturing buildings to tools from 3D printing to mold casting with just one single material," he added.

To Fernandez, bioinspired technologies could define "a new paradigm in manufacturing, and allowing to do things that are unachievable by the synthetic counterparts," according to a statement.

He argues that these technologies "are key not only for our sustainability on Earth but also for one of the next biggest achievements of humanity: our transformation into an interplanetary species."

READ MORE: This is how we should build on Mars, scientists say [CNN]

From Our Partners
Get 3D Printers, Smart Home Devices, And More In This Epic Labor Day Sale
9. 5. 21
Read More
From Our Partners
Get Ready For The Ultimate Summer With These Memorial Day Deals
5. 29. 21
Read More
Brands We Love
This Revolutionary 3D Printer Turns Your Home Office Into a Mini Assembly Line
5. 18. 21
Read More
+Social+Newsletter
TopicsAbout UsContact Us
Copyright ©, Camden Media Inc All Rights Reserved. See our User Agreement, Privacy Policy and Data Use Policy. The material on this site may not be reproduced, distributed, transmitted, cached or otherwise used, except with prior written permission of Futurism. Articles may contain affiliate links which enable us to share in the revenue of any purchases made.
Fonts by Typekit and Monotype.