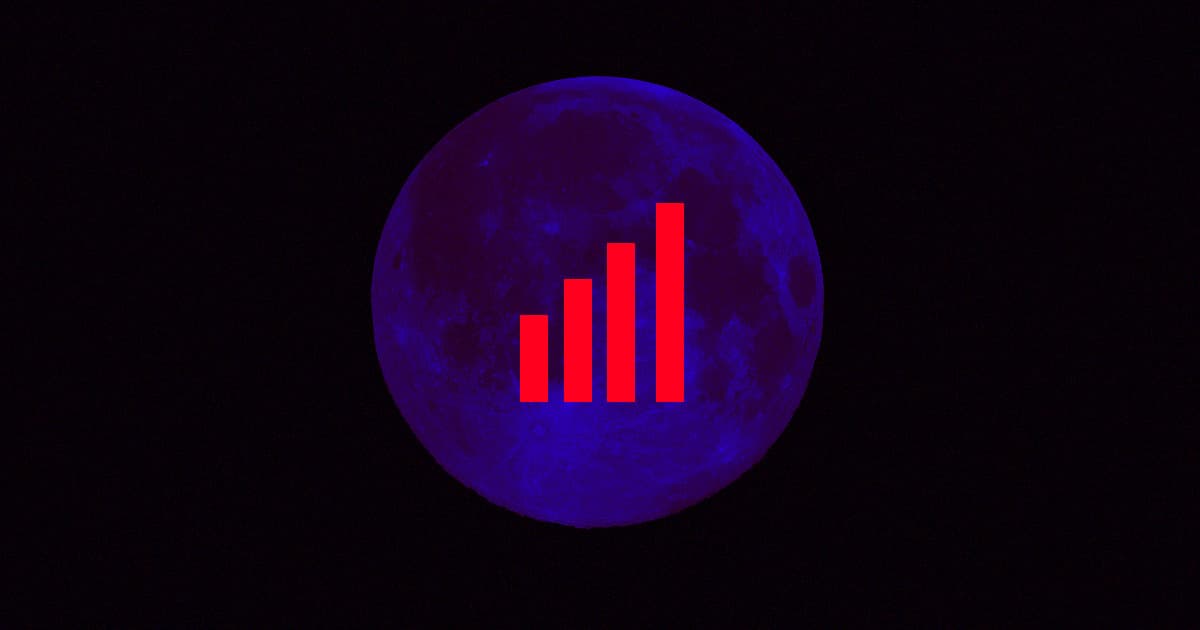 That 4G Network on the Moon Could Ruin Astronomy

"Radio frequency interference is the long-term nemesis of radio astronomers."

"Radio frequency interference is the long-term nemesis of radio astronomers."

Last month, NASA granted Nokia $14.1 million to build a 4G telecom network on the Moon by the year 2030.

The goal was to get a communications and navigational network for any future lunar outposts up and running. But it turns out that the network's signals could seriously mess with astronomers studying radio signals elsewhere in the universe, astrophysics doctoral student at the University of Manchester Emma Alexander wrote in The Conversation.

Radio telescopes already struggle to deal with cell phone interference, Alexander wrote. A new major source of RFI on the Moon would make it even more difficult to filter out the interference and focus on the extremely faint signals scientists are looking for.

"RFI can be mitigated at the source with appropriate shielding and precision in the emission of signals," Alexander wrote. "Astronomers are constantly developing strategies to cut RFI from their data. But this increasingly relies on the goodwill of private companies to ensure that at least some radio frequencies are protected for astronomy."

Similarly to how SpaceX CEO Elon Musk suggested building orbital observatories regarding complaints that his Starlink satellites were blocking astronomical research, Alexander says that radio astronomers could avoid this whole issue if they were able to put a telescope on the far side of the Moon, where all Earthly chatter is silenced.

"Observing at low radio frequencies can help answer fundamental questions about the universe," Alexander wrote, "such as what it was like in the first few moments after the Big Bang."

READ MORE: A 4G network on the Moon is bad news for radio astronomy [The Conversation]

More on lunar 4G: The Moon Is Getting Cell Service