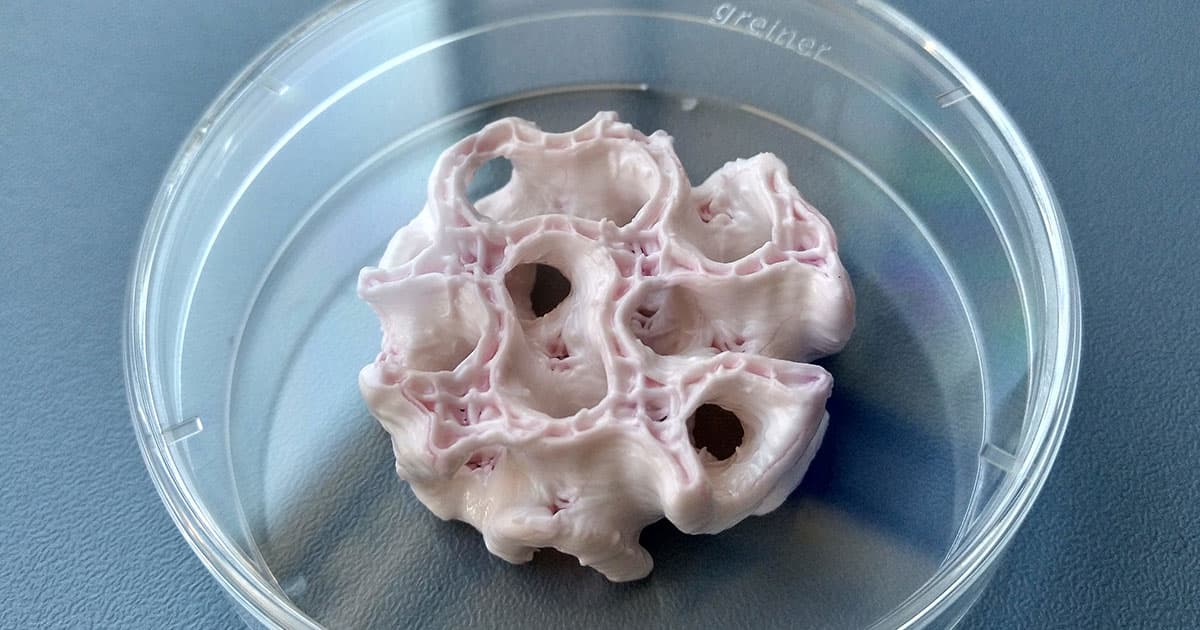 3D-Printed Human Skin and Bone Could Save Astronauts on Mars

"Brand new skin could be bioprinted instead of being grafted from elsewhere on the astronaut’s body."

"Brand new skin could be bioprinted instead of being grafted from elsewhere on the astronaut’s body."

Scientists from the University Hospital of Dresden Technical University (TUD) in Germany just 3D printed skin and bone samples to see if astronauts on Mars could use the technology in low-gravity environments.

The research is part of the European Space Agency's 3D Printing of Living Tissue for Space Exploration project, a mission to explore different ways astronauts could recover from injuries in distant places in our solar system — like Mars or deep space.

The team of scientists used "bio ink" made out of human blood plasma to minimize chances of body rejection. To stop the ink from flying off in droplets, they mixed in algae-based materials to increase viscosity — a material that could be grown in the spacecrafts of the future.

"Astronauts could obtain these [algae-based] substances from plants and algae respectively, a feasible solution for a self-contained space expedition," said Nieves Cubo from TUD in a statement.

Eventually, the idea is that the new tools with let astronauts treat injuries when they're millions of miles from the nearest hospital.

"Instead, a 3D bioprinting capability will let them respond to medical emergencies as they arise," said project leader Tommaso Ghidini. "In the case of burns, for instance, brand new skin could be bioprinted instead of being grafted from elsewhere on the astronaut’s body, doing secondary damage that may not heal easily in the orbital environment."

More on 3D printing: Prepping for Surgery With 3D-Printed Organs May Become Commonplace