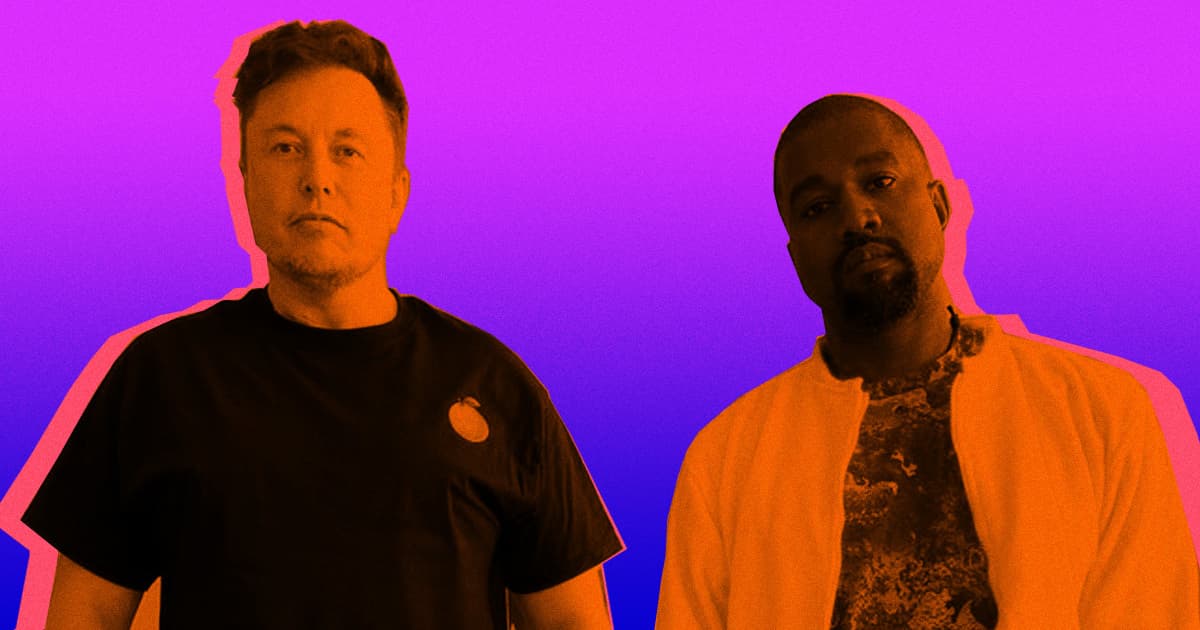 Kanye West Is Hanging Out With Elon Musk, For Some Reason

Elon Musk: "Kanye’s belief in himself and his incredible tenacity — he performed his first single with his jaw wired shut — got him to where he is today."

Elon Musk: "Kanye’s belief in himself and his incredible tenacity — he performed his first single with his jaw wired shut — got him to where he is today."

Acclaimed musician Kanye West has been hanging out with SpaceX and Tesla CEO Elon Musk, according to a photo the "Jesus Walks" singer posted on Twitter.

When you go to your boys house and you’re both wearing orange 🍊 pic.twitter.com/IyPOdEKaVY

Musk and West have spoken positively of each other in the past.

Back in 2015, Musk penned a blurb about West when Time Magazine named him a "Person of the Year."

"Kanye’s belief in himself and his incredible tenacity — he performed his first single with his jaw wired shut — got him to where he is today," Musk wrote. "And he fought for his place in the cultural pantheon with a purpose."

And West has returned the favor, climbing onto a table during an appearance at Detroit's College for Creative Studies and pleading with students to leave Musk "the fuck alone."

It's not clear what the dynamic duo are up to now. Maybe they're just hanging out — or maybe they're working on a SpaceX or Tesla collaboration.

Neither Musk nor West had elaborated on the meeting by press time.

More on Kanye West: Kanye West Has an Incredible Custom Tesla, of Course, and This Is What It Looks Like