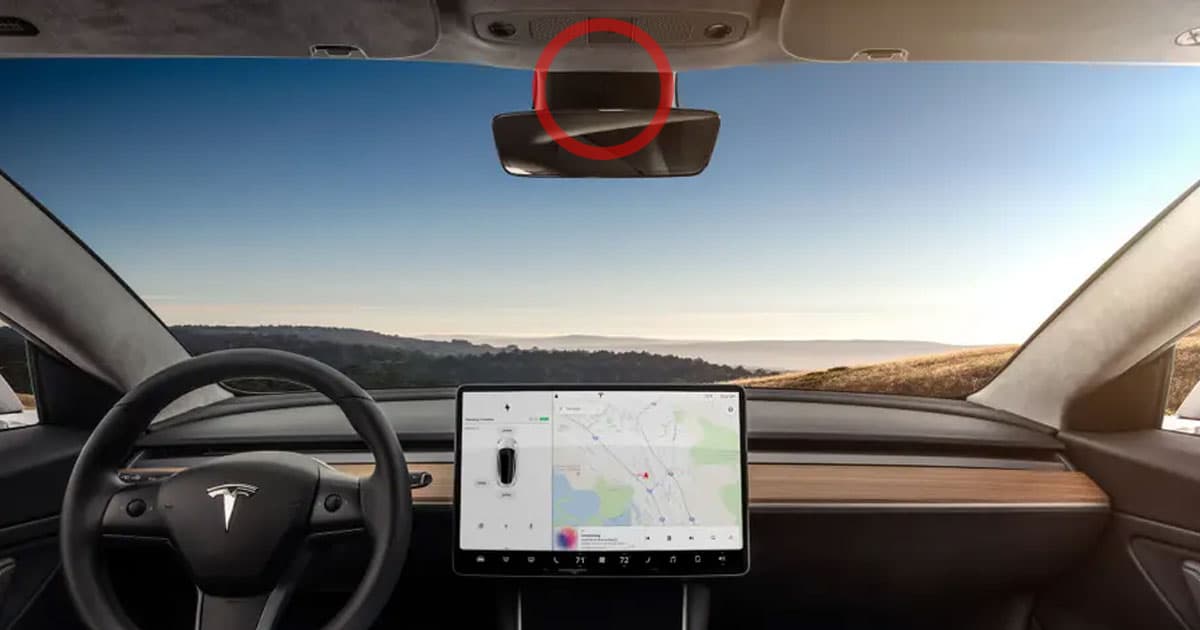 Tesla CEO Elon Musk finally revealed why the Model 3 has a cabin-facing camera mounted above the rearview mirror: to make sure that "robotaxi" passengers don't vandalize the car when nobody's in the driver's seat.

Referring to the mysterious camera, Musk tweeted that "it's not turned on," in a Sunday tweet.

"Meant for vandalism monitoring in a robotaxi future," he added. "Also, the car has transparent windows, so spying has limited value."

There's been plenty of speculation about the passenger-facing cameras in the Model 3. Musk has previously hinted that it could be used as part of the "Caraoke feature," allowing drivers and passengers to record themselves singing along, as part of a software release from last year.

A Tesla patent application also hinted that the camera could be part of a "personalization system" that could adapt settings depending on who's sitting in the driver's seat.

More on the camera: Elon Musk: Camera Inside Teslas is “Meant for Robotaxi” Mode

From Our Partners
Build A Robotic Toy Car With This DIY Self-Driving Vehicle Kit
9. 26. 21
Read More
From Our Partners
This NASA Apollo 15 Commemorative Watch Is Historic In Its Own Right
9. 10. 21
Read More
From Our Partners
Build Your Own Self-Driving Car With This DIY Kit
9. 3. 21
Read More
+Social+Newsletter
TopicsAbout UsContact Us
Copyright ©, Camden Media Inc All Rights Reserved. See our User Agreement, Privacy Policy and Data Use Policy. The material on this site may not be reproduced, distributed, transmitted, cached or otherwise used, except with prior written permission of Futurism. Articles may contain affiliate links which enable us to share in the revenue of any purchases made.
Fonts by Typekit and Monotype.