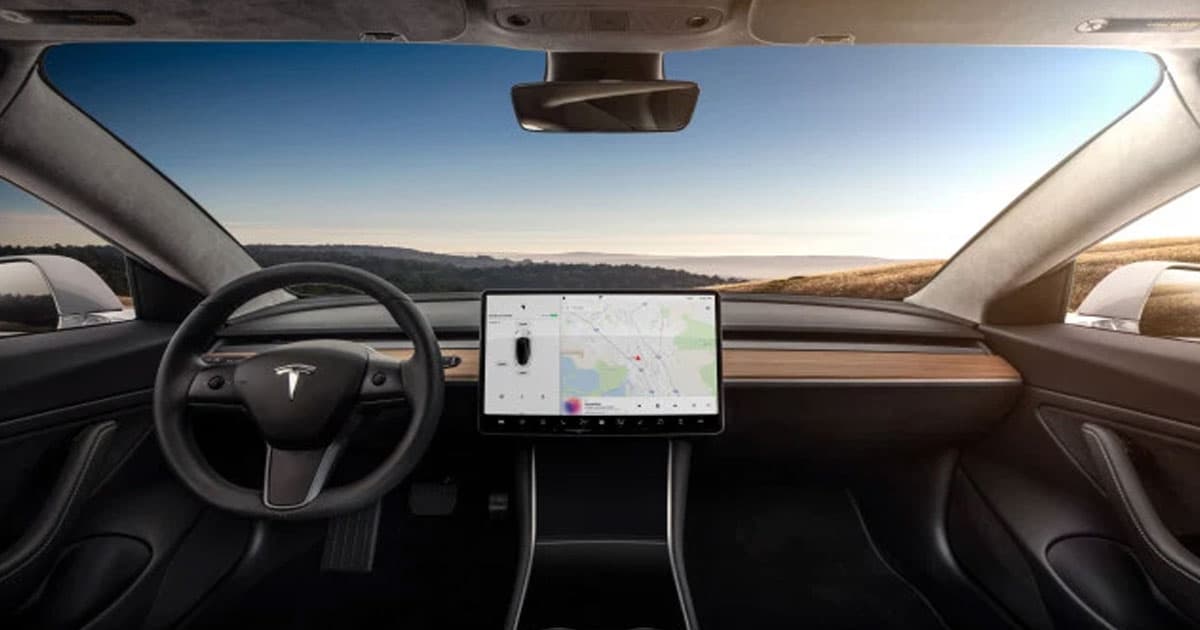 Elon Musk: Camera Inside Teslas is "Meant for Robotaxi" Mode

Is this tiny camera designed to spy on self-driving taxi passengers?

Is this tiny camera designed to spy on self-driving taxi passengers?

Every Tesla Model 3 is equipped with a mysterious camera that faces the inside of the cabin, mounted just above the rear view mirror.

Tesla claims the camera is completely inactive, but the car company seemingly has big plans in store for it. According to a Wednesday tweet by CEO Elon Musk, the camera is "meant for robotaxi" — a reference, according to Electrek's analysis, to Musk's plans for a fleet of Tesla-operated self-driving taxis.

Musk was responding to a Twitter user who suggested using the camera to "record Caraoke sessions." Caraoke is a new feature introduced in Tesla's newest software update that allows passengers to sing their hearts out to a set list of tracks while the car is in park.

But our read of Musk's response is that instead, the camera is designed to keep an eye on unsupervised passengers riding in driverless taxis.

A patent application discovered by Electrek in July also suggested the cabin-facing camera could be used to personalize the experience of driving a Model 3. For instance, the vehicle could apply certain settings depending on which passenger it detects.

But Musk is now connecting the cameras to an old plan. During Tesla's Autonomy Day back in April, Musk claimed that "there will be autonomous robotaxis from Tesla next year — not in all jurisdictions because we won’t have regulatory approval everywhere."