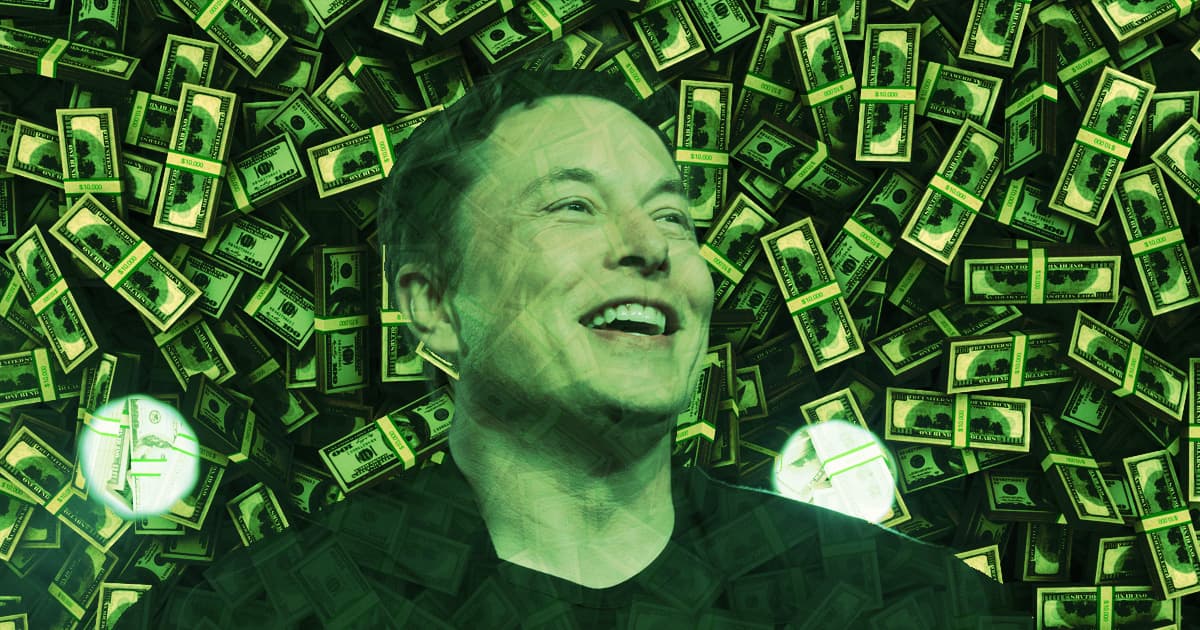 Money Makes the Musk Go Around

Elon Musk Poised to Become the Richest Person in the World

He already took down Gates. Now, Bezos is in his sights.

He already took down Gates. Now, Bezos is in his sights.

According to Bloomberg's Billionaire Index, Tesla and SpaceX CEO Elon Musk could soon surpass Amazon founder Jeff Bezos to become the richest person in the world.

Share prices of Tesla surged this week, bringing Musk within "just" $3 billion of Bezos' net worth, according to the Index, which is estimated to be $184 billion. For perspective, that's the gross domestic product of a small country.

The news comes after Musk surpassed Bill Gates' net worth on the Index in November.

Tesla's shares have been rallying for several months now. Share prices surged 743 percent in 2020 alone, according to Bloomberg. Despite producing only a fraction of the cars, Tesla has swiftly become more valuable than Ford and General Motors.

And Tesla's future looks bright as well, as Bloomberg points out, with Democrats poised to take control of both houses of Congress. The Democratic party has been far more inclined to advocate for the electrification of cars, while a GOP-led Senate has largely been lining the pockets of the oil and gas industry throughout Trump's term.

The news is also representative of a massive shift of capital towards the world's richest people throughout the pandemic. The world's 500 richest people gained a nauseating $1.8 trillion in 2020, according to Bloomberg.

Musk Antics
Elon Musk Has a Big Problem on His Hands
8:05 PM
Read More
Please Elon
Why These Tesla Owners Are Going on a Hunger Strike Against Tesla
Aug 31
Read More
Streisand Effect
Hurry Up and Watch These Videos Tesla Wants Removed From the Internet
Aug 25
Read More
+Social+Newsletter
TopicsAbout UsContact Us
Copyright ©, Camden Media Inc All Rights Reserved. See our User Agreement, Privacy Policy and Data Use Policy. The material on this site may not be reproduced, distributed, transmitted, cached or otherwise used, except with prior written permission of Futurism. Articles may contain affiliate links which enable us to share in the revenue of any purchases made.
Fonts by Typekit and Monotype.