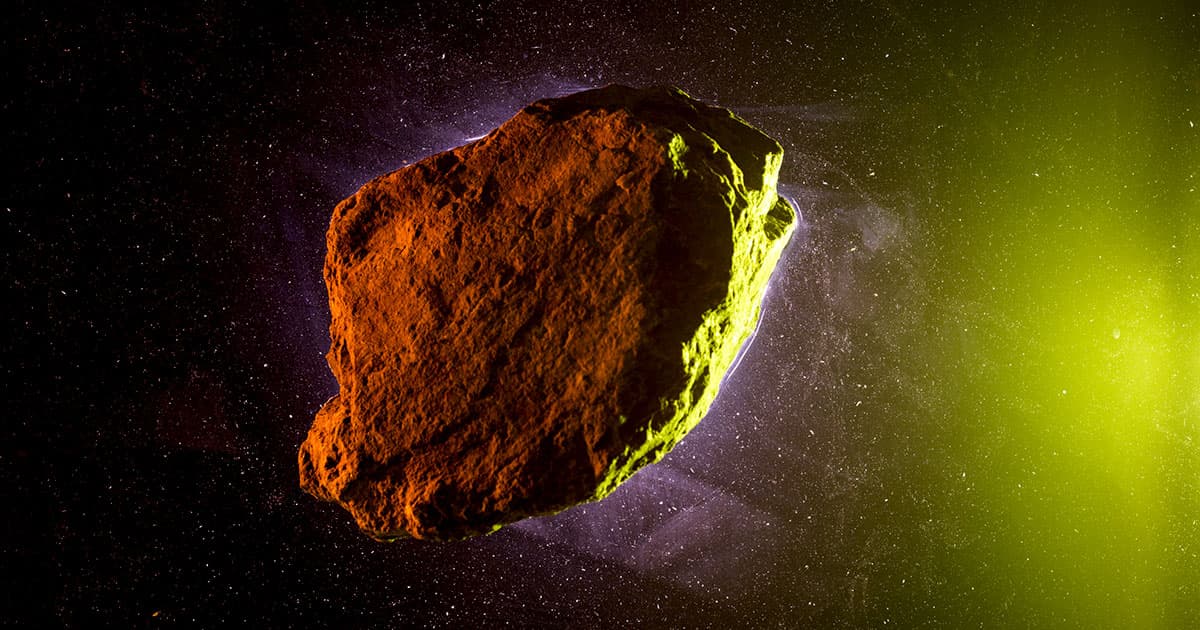 "My dream is to press some buttons on a functional piece of equipment that was manufactured outside of Earth."

"My dream is to press some buttons on a functional piece of equipment that was manufactured outside of Earth."

One of the world's foremost believers in extraterrestrials has designed a mission to uncover an interstellar object that appears to have crashed off the coast of Papua New Guinea last decade — to determine whether or not it was made by aliens.

"Our discovery of an interstellar meteor heralds a new research frontier," Harvard astronomer Avi Loeb wrote in an essay for The Debrief about an interstellar object that he and theoretical astrophysicist Amir Siraj discovered records of and which has since, after years in academic limbo, finally had its existence and off-world origin confirmed by the US government.

"The fundamental question is whether any interstellar meteor might indicate a composition that is unambiguously artificial in origin?" Loeb mused. "Better still, perhaps some technological components would survive the impact."

The discovery and confirmation of the object, dubbed CNEOS-2014-01-08 for the date it's believed to have crashed into the Pacific Ocean, could represent a new paradigm "in which the Earth serves as a fishing net for massive interstellar objects," Loeb continued.

The astronomer, who's also set to unveil an AI-enabled telescope at Harvard that will work to detect UFOs, noted in his essay that such a retrieval expedition could be achieved using "scooping" magnets that would explore the roughly 10 square kilometer region of the Pacific Ocean where the object is believed to have landed.

"My dream is to press some buttons on a functional piece of equipment that was manufactured outside of Earth," the astronomer added.

If his designs come to fruition — a major "if," to be clear — he may just get his chance.

More on Avi Loeb: Harvard Scientist Suggests That Our Universe Was Created in a Laboratory

A Whole Saga
US Government Confirms That Interstellar Object Crashed Into the Earth
Apr 11
Read More
Who's There?
New Harvard Project Will Investigate Alien Technology
7. 27. 21
Read More
Ancient Remains
Why NASA Scientists Are So Excited by New Hints of Organic Compounds on Mars
5. 26. 21
Read More
+Social+Newsletter
TopicsAbout UsContact Us
Copyright ©, Camden Media Inc All Rights Reserved. See our User Agreement, Privacy Policy and Data Use Policy. The material on this site may not be reproduced, distributed, transmitted, cached or otherwise used, except with prior written permission of Futurism. Fonts by Typekit and Monotype.