Pepsi says it'll use an artificial constellation, hung in the night sky next to the stars, to promote an energy drink. 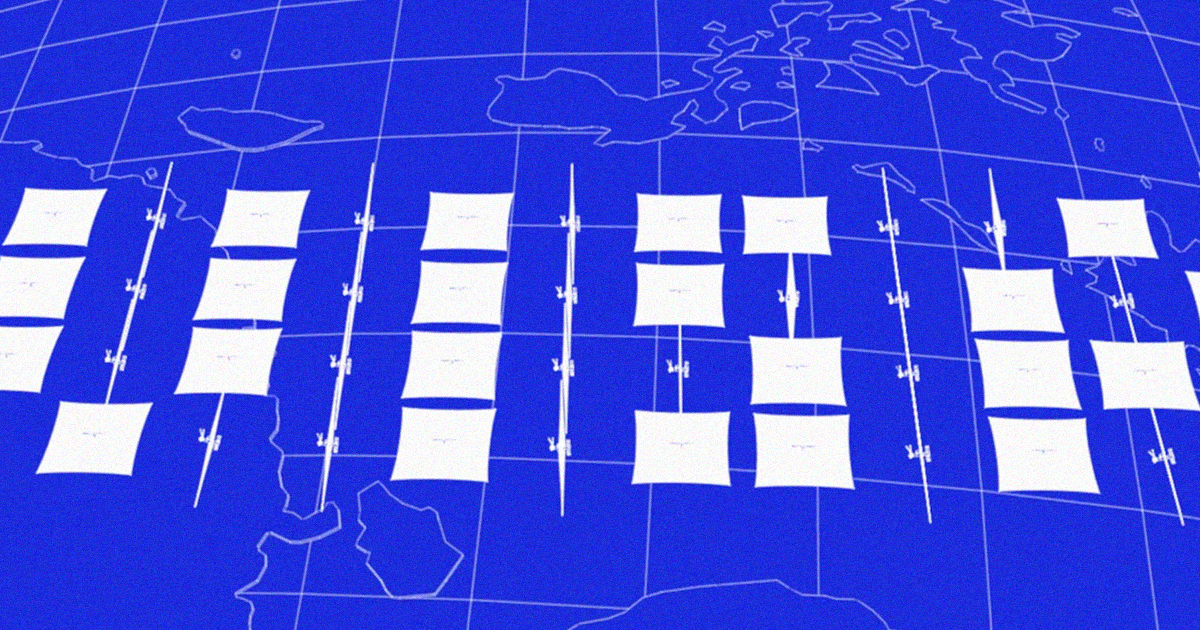 Image by Image via Start Rocket

A Russian company called StartRocket says it's going to launch a cluster of cubesats into space that will act as an "orbital billboard," projecting enormous advertisements into the night sky like artificial constellations. And its first client, it says, will be PepsiCo — which will use the system to promote a "campaign against stereotypes and unjustified prejudices against gamers" on behalf of an energy drink called Adrenaline Rush.

Yeah, the project sounds like an elaborate prank. But Russian PepsiCo spokesperson Olga Mangova confirmed to Futurism that the collaboration is real.

"We believe in StartRocket potential," she wrote in an email. "Orbital billboards are the revolution on the market of communications. That’s why on behalf of Adrenaline Rush — PepsiCo Russia energy non-alcoholic drink, which is brand innovator, and supports everything new, and non-standard — we agreed on this partnership."

Futurism first reported on StartRocket back in January, when the company announced plans to project huge ads into the night sky using cubesats with Mylar sails that'll reflect sunlight back down to Earth during the twilight of early morning or evening.

"We are ruled by brands and events," project leader Vlad Sitnikov told Futurism at the time. "The Super Bowl, Coca Cola, Brexit, the Olympics, Mercedes, FIFA, Supreme and the Mexican wall. The economy is the blood system of society. Entertainment and advertising are at its heart."

The idea prompted strong backlash among Futurism readers, who objected to the idea of invading the nighttime sky with ads.

"This startup made an AI read every dystopian fiction novel and is turning its cursed ramblings into business plans," wrote one. Another said that "shooting down those ads should be legal."

Researchers were also concerned by the idea.

Now, StartRocket claims to have tested the technology with a helium balloon that launched one of its reflectors into the stratosphere — where it was visible from the ground.

"An hour and a half after the launch we concluded that the test was successful," Sitnikov said.

StartRocket plans to launch the system into orbit in 2021. It's currently raising funds, it says — and a $20,000 investment will buy eight hours of advertising in the night sky.

More on orbital billboards: This Startup Wants to Launch Giant Glowing Ads Into the Night Sky

Read This Next
Monkey Business
China Plans to Send Monkeys to Space Station to Have Sex With Each Other
Overview Effect
William Shatner Says His Space Trip Left Him With a Feeling of Terrible Grief
Space Billboards
Russian Scientists Propose Plan to Launch Huge Advertisements Into Orbit Over Cities
Sabers Rattled
Russia Issues Veiled Threat to Shoot Down Pesky SpaceX Satellites
Astronaut Drip
We Just Got the First Peek at NASA's Artemis Moon Landing Suits
More on Off World
Stunning Centaur
Yesterday on the byte
James Webb Spots Asteroid With Its Own Saturn-Like Rings
Grrrrrrrr
Friday on the byte
Internet Erupts as NASA Spots Cartoon Bear on Surface of Mars
Gl1tc4
Friday on the byte
NASA Says Another James Webb Instrument Has Suffered a Glitch
READ MORE STORIES ABOUT / Off World
Keep up.
Subscribe to our daily newsletter to keep in touch with the subjects shaping our future.
+Social+Newsletter
TopicsAbout UsContact Us
Copyright ©, Camden Media Inc All Rights Reserved. See our User Agreement, Privacy Policy and Data Use Policy. The material on this site may not be reproduced, distributed, transmitted, cached or otherwise used, except with prior written permission of Futurism. Articles may contain affiliate links which enable us to share in the revenue of any purchases made.
Fonts by Typekit and Monotype.