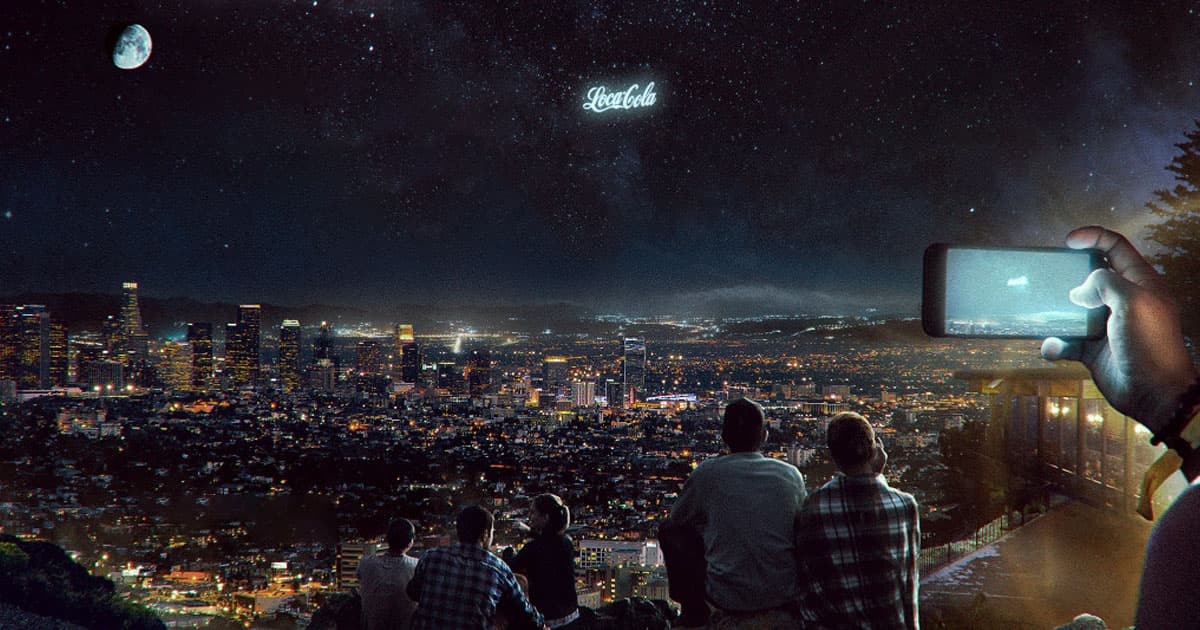 Russian startup StartRocket says it wants to display enormous billboard-style advertisements in the night sky using arrays of cubesats, a vision it illustrates in a concept video featuring what appear to be the McDonald’s and KFC logos hovering in the sky like new constellations.

“We are ruled by brands and events,” he told Futurism. “The Super Bowl, Coca Cola, Brexit, the Olympics, Mercedes, FIFA, Supreme and the Mexican wall. The economy is the blood system of society. Entertainment and advertising are at its heart. We will live in space, and humankind will start delivering its culture to space. The more professional and experienced pioneers will make it better for everyone.”

The company didn’t share how much a space advertisement might cost, but a pitch deck sent to Futurism opined that brands will pay for the ads because the “ego is brighter than the sun.”

“Is it technologically possible? Yes,” Segal said. “Is it something that regulators will permit? Questionable.”

Segal said it’s likely that the company will allow particular jurisdictions to request that the satellites not display ads overhead. The primary regulatory challenge the company might face, she predicted, would be whether its satellites will interfere with aviation safety.

The concept isn’t without precedent, Segal pointed out. A Japanese startup plans to launch a pair of microsatellites that will fire off artificial shooting stars on command.

It’s easy to imagine public outcry at the idea of brands hijacking the night sky as more marketing real estate.

“I think scientists can use this time for peeing or having a coffee,” Skorupsky told Futurism.

“If you ask about advertising and entertainment in general — haters gonna hate,” Skorupsky said. “We are developing a new medium. At the advent of television no one loved ads at all.”

Read This Next
Worst Timeline
Facebook Reportedly Let Marketers Advertise to Nazis
'Tube Trouble
While Pedophiles Flock to YouTube, Advertisers Flee It
More on Future Society
Meme To The Moon
5:12 PM on the byte
Elon Musk Tweets About Doge Being a Guest on SNL, Dogecoin Prices Soar
The Prophecy Has ...
2:11 PM on the byte
Elon Musk’s Name Appears in 69-Year-Old Book About Colonizing Mars
Meme Thief
Yesterday on the byte
Elon Musk Just Got Majorly Called Out for Stealing Memes
READ MORE STORIES ABOUT / Future Society
Keep up.
Subscribe to our daily newsletter to keep in touch with the subjects shaping our future.