Nick Bostrom doesn't think you should try to break free from the Matrix. 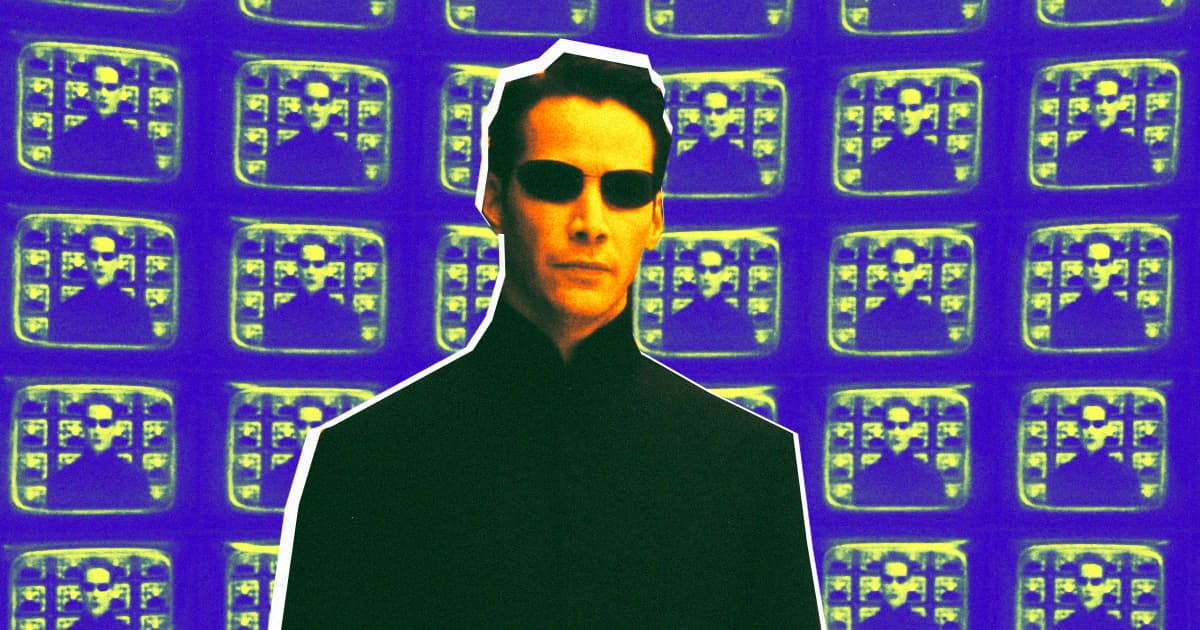 In 2003, Nick Bostrom blew minds with "Are You Living in a Computer Simulation?," a hugely influential philosophy paper positing that — you guessed it — our reality could actually be a computer simulation.

If you've seen "The Matrix," that theory might sound familiar — in the film, a hacker joins a rebellion against artificially intelligent machines that have trapped humanity in a simulated reality ("the Matrix") so they won't freak out while the AIs harvest their bodies for energy.

But according to a newly published Vulture interview, Bostrom hadn't actually seen the 1999 blockbuster when he drafted his paper. A glitch in the Matrix, perhaps?

Not likely, according to Bostrom.

He believes his penning of the simulation argument was the logical result of two things: his interest in observation selection theory, which was the subject of his doctoral dissertation, and his fascination with the potential impact of advancing technology on the future.

"So, when you have those two pieces of background," he told Vulture, "then the simulation argument is really only one step away from there."

On the surface, Bostrom's simulation argument isn't quite as wild as the dystopian future depicted in "The Matrix."  It doesn't include oracles, kung fu, or bullet time — just the suggestion that at least one of three statements about the future must be true:

Humanity will very likely go extinct before reaching a "posthuman" stage.
We'll reach this "posthuman" stage, according to Bostrom, when we unlock nearly every technological capability possible given the physical limitations of our universe. This would include the technology needed to run convincing simulations of reality, the kind that had Neo believing he was a computer programmer named Thomas Anderson.

Humanity will reach the "posthuman" stage, but "is extremely unlikely" to run a significant number of simulations of its history.
If this one turns out to be true, hopefully it's because we're too busy doing something cool like forming galactic alliances or opening the world's eighth Jurassic Park.

We are "almost certainly" living in a computer simulation of a "posthuman" civilization's history right now.
This one has math on its side. After all, if humanity has already reached a "posthuman" stage and did decide to run simulations, there should be a ton of those simulated realities and just one "real" reality — making it far more likely we're living in one of the fakes.

If our reality is, well, real, it seems we still have a ways to go before we reach the "posthuman" stage (if we reach it — see Statement #1). But that hasn't stopped everyone from Neil deGrasse Tyson to Elon Musk from mulling over Bostrom's theory.

Some tech billionaires are even reportedly paying scientists to try to break us free of the simulation on the off-chance that we are already in it — and Bostrom thinks those folks need to slow their roll.

"It’s kind of unwise to try to break out of the hypothetical simulation," he told Vulture. "The chances of success are negligible. If it doesn’t work, it’s a waste of money, and if it does, it might be a calamity. It at least seems like the kind of thing that you would first want to think about for a while, whether it would be prudent to try to do that before embarking on it."

Hear that, Silicon Valley? The Matrix isn't going anywhere, so maybe take a beat before you try to force-feed humanity the red pill.

READ MORE: Philosopher Nick Bostrom on Whether We Live in a Simulation [Vulture]

More on the simulation theory: Are We Living in a Computer Simulation? Elon Musk Thinks So.

Read This Next
Butcher Shop
Neuralink Employees Admit Company Has Killed 1,500 Animals So Far
PDA
Elon Musk Is Faving Posts on Twitter That Are Making Our Skin Crawl With Embarrassment
From Our Partners
Build A Robotic Toy Car With This DIY Self-Driving Vehicle Kit
From Our Partners
This NASA Apollo 15 Commemorative Watch Is Historic In Its Own Right
From Our Partners
Build Your Own Self-Driving Car With This DIY Kit
More on Sci-Fi Visions
Human v. Giraffe
Tuesday on the byte
Chaotic Italian Fashion Line Baffles Facial Recognition Software
Step One
Tuesday on the byte
World’s Third Richest Person Says He’s Developed "Addiction" to ChatGPT
FROM THE DEPT. OF...
Tuesday on futurism
The Best Places to Buy A Laptop in 2023
READ MORE STORIES ABOUT / Sci-Fi Visions
Keep up.
Subscribe to our daily newsletter to keep in touch with the subjects shaping our future.
+Social+Newsletter
TopicsAbout UsContact Us
Copyright ©, Camden Media Inc All Rights Reserved. See our User Agreement, Privacy Policy and Data Use Policy. The material on this site may not be reproduced, distributed, transmitted, cached or otherwise used, except with prior written permission of Futurism. Articles may contain affiliate links which enable us to share in the revenue of any purchases made.
Fonts by Typekit and Monotype.