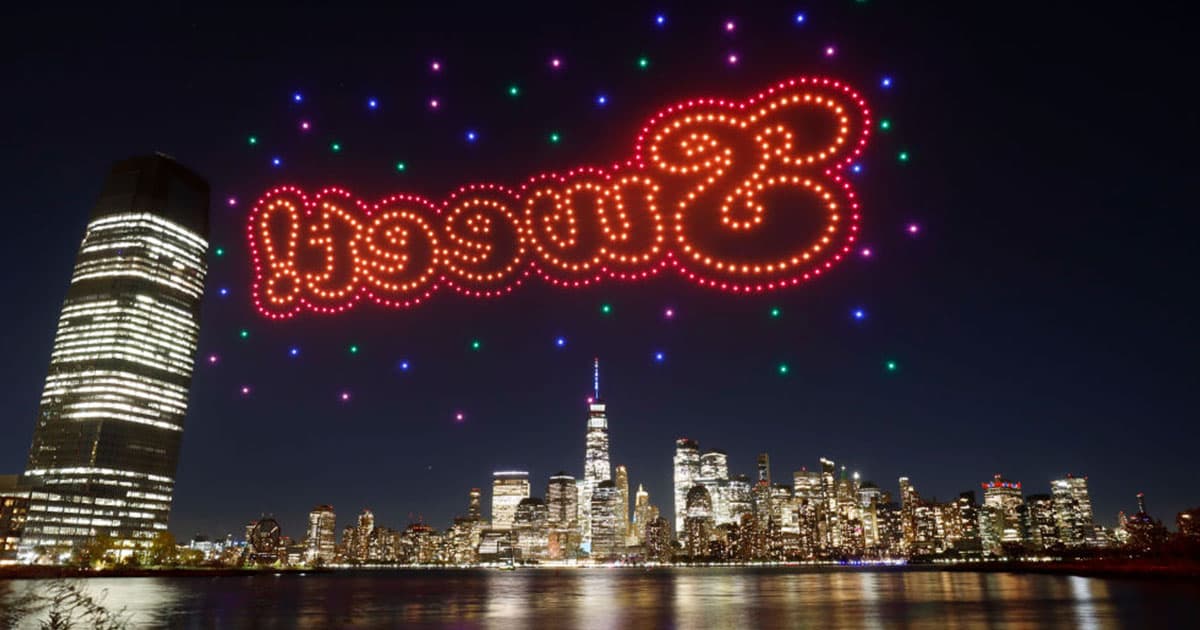 "Hoping some of the NYC residents shoot down the candy crush drones."

"Hoping some of the NYC residents shoot down the candy crush drones."

Five hundred drones took to the sky over the Hudson River in New York City Thursday evening, not to entertain onlookers with a futuristic dance of lights — but to show them ads for the mobile game Candy Crush, a stunt that has sparked a fierce debate among New Yorkers.

According to Candy Crush chief marketing officer Fernanda Romano, the obnoxious light-up ad was meant to celebrate the game's tenth anniversary by turning "the sky into the largest screen on the planet," as Gothamist reports.

That ambition, as it turns out, was anathema to residents of the Big Apple.

"Hoping some of the NYC residents shoot down the candy crush drones," one user wrote.

The inescapable drone billboard also drew scorn from local politicians, with state senator Brad Hoylman telling Gothamist that "It’s offensive to New Yorkers, to our local laws, to public safety, and to wildlife."

"I think it’s outrageous to be spoiling our city’s skyline for private profit," he added.

Twitter users were equally appalled at the shameless marketing stunt.

Another wrote that "every single person who saw this ad and isn't a child knows about candy crush and stopped playing it seven years ago."

All you did was provide a massive nuisance," they wrote. "Never do this again."

Candy Crush had to overcome many hurdles to be allowed to fly its 500 drones. The company behind the show, called Pixis, launched the drones from New Jersey's Liberty State Park to avoid crossing into New York, where rules are much more restrictive, according to Gothamist.

Advertisers are going to greater and greater lengths to shove their billboards in people's faces, from floating LED ad barges, all the way to concepts of satellite-based ads literally glowing in the night sky.

It's a depressing new chapter in the age of advertising — an inescapable hell that apparently not even New York City's world-famous skyline is immune to.

More on the ads: Huge Drone Swarm to Form Giant Advertisement Over NYC

Leave Twitter Alone
Elon Musk Meeting With Advertisers, Begging Them Not to Leave Twitter
Nov 3
Read More
Dream Hackers
Scientists Warn That Marketers Are Trying to Inject Ads Into Dreams
11. 21. 21
Read More
FROM OUR PARTNERS
Best CBD Oil For Cats: 6 Best Products
11. 21. 21
Read More
+Social+Newsletter
TopicsAbout UsContact Us
Copyright ©, Camden Media Inc All Rights Reserved. See our User Agreement, Privacy Policy and Data Use Policy. The material on this site may not be reproduced, distributed, transmitted, cached or otherwise used, except with prior written permission of Futurism. Articles may contain affiliate links which enable us to share in the revenue of any purchases made.
Fonts by Typekit and Monotype.