After Backlash, Pepsi Says It Never Planned a Space Billboard

PepsiCo keeps changing its story about its plans for a space billboard. 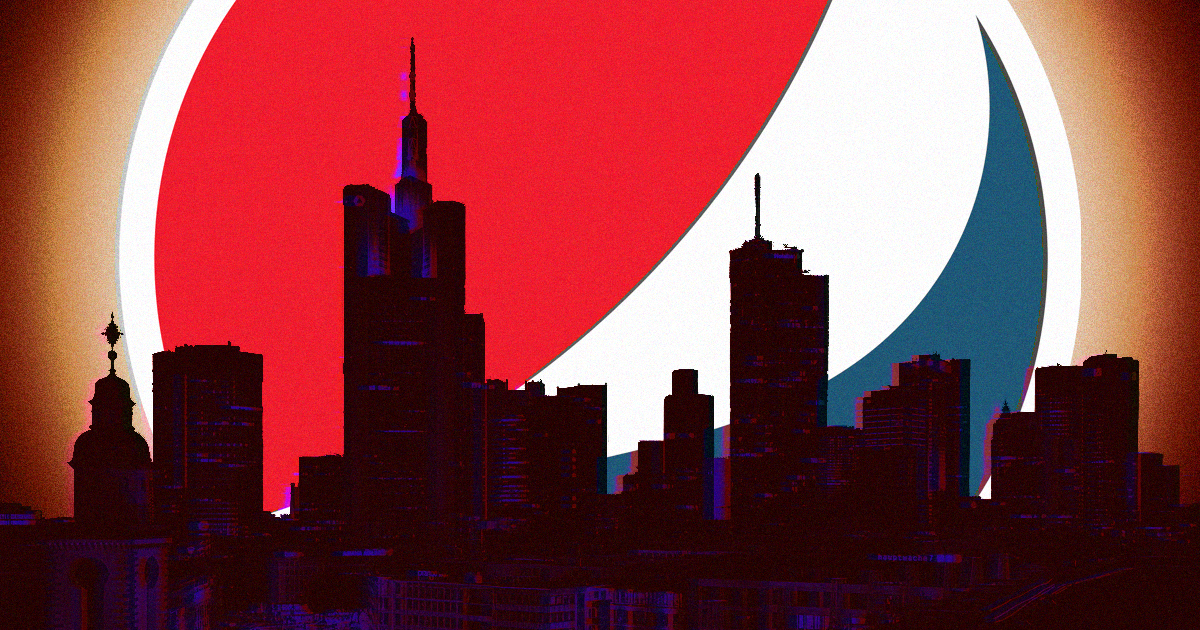 Recall the Pepsi slogan of yore: "Refresh Everything." Apparently, that also includes the truth!

On Saturday, Futurism broke a story about Pepsi's plans to use a space billboard sponsored by one of its energy drinks to protest against what it claimed were stereotypes unfair to gamers. But by Monday, after an outpouring of anger about the project on social media, PepsiCo — which owns brands ranging from Frito-Lay to Tropicana — had changed its tune about the project, saying the plans would go no further than a stratospheric test it recently carried out to try out the technology.

"This was a one-time event; we have no further plans to test or commercially use this technology at this time," a PepsiCo spokesperson told Gizmodo.

Except, here's the thing:

A press release sent to Futurism last week by Russian space company StartRocket tells a different story than the one Pepsi's pouring today. In it, StartRocket claimed the stratospheric test with a balloon was just a prelude to an ambitious space billboard — on which its first advertising client would be PepsiCo's Adrenaline Rush energy drink.

"Adrenaline Rush (owned by PepsiCo Russia) became the test launch partner," it read. "The Adrenaline GameChangers logo — a newly created movement whose goal is to campaign against stereotypes and unjustified prejudices against gamers — will be the first branded image on the StartRocket orbital display after its launch."

And on Friday, when a Futurism reporter asked Russian PepsiCo spokesperson Olga Mangova whether it was accurate that the company was working with StartRocket to advertise Adrenaline Rush on StartRocket's orbital billboard, the response was unambiguous.

Asked about its apparent flip flop on the space billboard collaboration with StartRocket, PepsiCo spokesperson Nicole Tronolone said there'd been a miscommunication, speculating that there had been a "language issue" with Russian PepsiCo employees.

"The PepsiCo position has not reversed; it was inaccurately communicated," Tronolone told Futurism in an email.

Tronolone declined to comment on why the press release from StartRocket said the display would be in orbit and why it referred to the space billboard in the future tense.

Asked whether it was true that PepsiCo had never planned to launch the orbital billboard, StartRocket spokesperson Nikita Belov seemed puzzled by PepsiCo's evolving stance.

"Unfortunately, I can’t prove or disprove it because of lack of information," she wrote in an email to Futurism.

When it comes to advertising, Pepsi hasn't exactly piloted the last few years with any kind of finesse. You may recall that time they made an ad with one of the biggest celebrities on Earth, implying that social unrest and police-state violence can be resolved with a cold can of Pepsi? If you don't, here's the Wikipedia page on what's been referred to as "possibly the worst commercial of all time."

So, yeah: this tracks.

Futurism first reported on the existence of StartRocket back in January. Its collaboration with Pepsi wasn't yet public, but the story launched a wave of backlash against the concept on social media — and in media outlets ranging from Wired to NBC News.

As Futurism readers pointed out on social media, futuristic ads that appear among the stars of the night sky have been suggested by science fiction authors including Isaac Asimov, Arthur C. Clark, and Doug Naylor.

It was even tried in real life once before, in 1993, when a Georgia company called Space Marketing proposed launching a similar project that would be visible to billions of people as it cruised across the night sky — prompting cosmologist Carl Sagan to call the idea an "abomination."

In the end, perhaps nothing can stop the relentless force of marketing. In an interview with the magazine Astronomy about Pepsi's flip flop on space billboards, director of conservation for the International Dark-Sky Association John Barentine argued that some form of orbital advertising is probably unavoidable.

"I think it is inevitable that someone will do this," Barentine said. "They will take the gamble that even a negative public reaction will still benefit the bottom line."

"There’s not a lot that can be done," he added, "other than heaping scorn upon the companies that might advertise with the satellite owners."

Read This Next
Monkey Business
China Plans to Send Monkeys to Space Station to Have Sex With Each Other
Overview Effect
William Shatner Says His Space Trip Left Him With a Feeling of Terrible Grief
Space Billboards
Russian Scientists Propose Plan to Launch Huge Advertisements Into Orbit Over Cities
Astronaut Drip
We Just Got the First Peek at NASA's Artemis Moon Landing Suits
Blast Off
Former Astronaut Details Quest to Grow Cannabinoids in Space
More on Off World
Lonely Planet
Yesterday on futurism
Scientists Find Nearby Planet the Same Size of Earth, Plan to Search It for Life
Take Cover
Feb 4 on the byte
Space Startup Blows Up Another Giant Inflatable Space Station Module
Rock Blast
Feb 4 on the byte
Scientists Say There's an Upside to Those Rocks That Keep Bludgeoning the James Webb
READ MORE STORIES ABOUT / Off World
Keep up.
Subscribe to our daily newsletter to keep in touch with the subjects shaping our future.
+Social+Newsletter
TopicsAbout UsContact Us
Copyright ©, Camden Media Inc All Rights Reserved. See our User Agreement, Privacy Policy and Data Use Policy. The material on this site may not be reproduced, distributed, transmitted, cached or otherwise used, except with prior written permission of Futurism. Articles may contain affiliate links which enable us to share in the revenue of any purchases made.
Fonts by Typekit and Monotype.