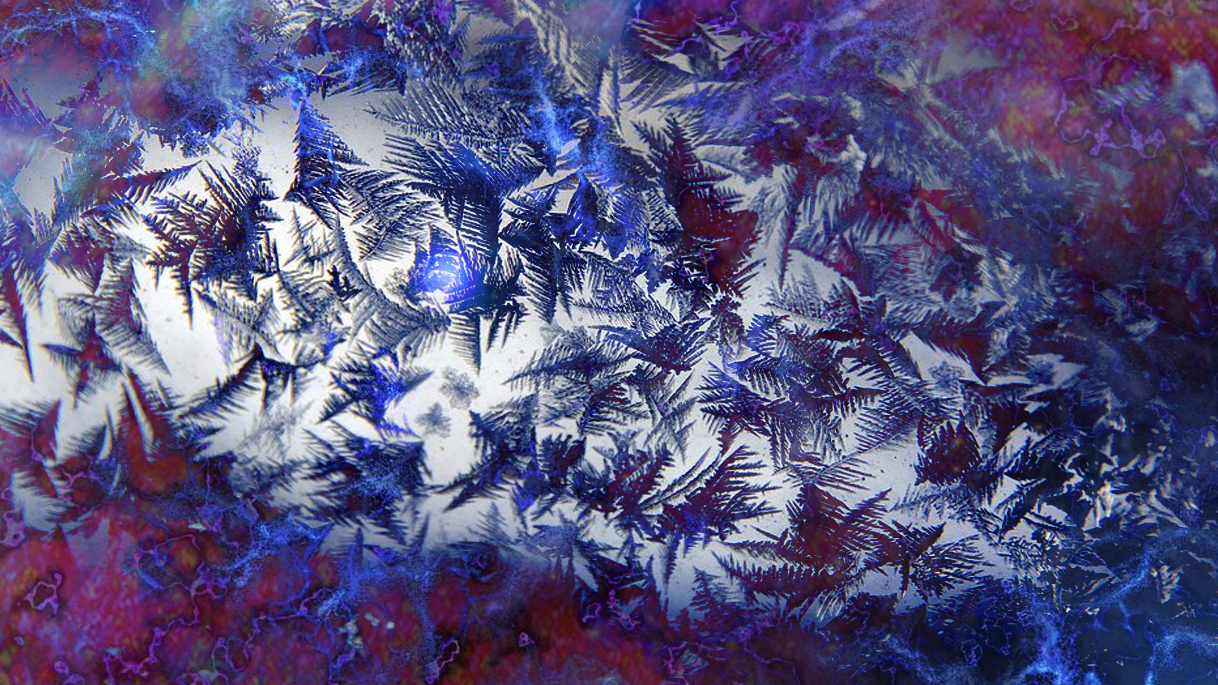 Do You Wanna Build a Snowball Chamber?

It's not often that physicists take inspiration from Disney musicals when designing new experiments, but a team hell-bent on detecting dark matter says it did just that.

To find dark matter — that's the elusive, invisible stuff that makes up most of the matter in the universe — scientists have built gigantic apparatuses, probed deep underground, and tiny floating beads. Now, apparently, they're turning to kids' movies as well.

Matthew Szydagis, a researcher at SUNY Albany, was compelled to investigate the properties of supercooled water after watching YouTube videos of people playing around with it, according to a press release by the American Physical Society, "especially when he saw it again during the Disney movie 'Frozen.'"

The Cold Of Space Never Bothered Me Anyway

The idea is to look for particle-sized bits of ice in small bubbles of supercooled water.

"All of my work is motivated by the search for dark matter, a form of matter we're sure is out there because we can observe its indirect gravitational effects," Szydagis said in the press release. "It makes up a significant fraction of the universe, but we have yet to uncover direct, conclusive and unambiguous evidence of it within the lab."

Szydagis is looking for dark matter using supercooled water, which can be kept as a liquid beneath water's usual freezing temperature as long as it's in a vacuum-sealed container. He presented his work, first shared online last year, at an American Physical Society meeting on Sunday.

Subatomic Particles Are Worth Melting For

In particular, Szydagis' team learned that neutrons cause supercooled water to freeze when they collide with it, leading the scientists to speculate that they may have a new way to detect dark matter, which is thought to share similarities with neutrons.

They haven’t spotted any dark matter yet, as their particular research was only intended to show that a supercooled water chamber could work as a subatomic particle detector at all. But future projects may use their design in a real search for the stuff.

Read This Next
Quacks Like a Duck
Those Headlines About Scientists Building a Wormhole Are Total Nonsense, People
Dark Secrets
Scientists Just Detected the Oldest Dark Matter Ever Observed
Walled Up
Scientists Say Space Is Filled With Invisible Walls
Turn Back Time
Scientists Say There May Be a Mirror Universe in Which Time Runs Backwards
Into Darkness
Inside NASA's Bold Proposal to Probe the Mysteries of Dark Matter
More on Hard Science
Warped Tour
Thursday on futurism
Professor Believes Door to Warp Drive May Lie With Ethylene Glycol
Sky Bursts
Thursday on the byte
Astronomers Intrigued by 25 Mysterious Repeating Radio Signals From Deep Space
Tractor Beam
Jan 26 on the byte
Scientists Build Working Tractor Beam, Although It's Comically Tiny
READ MORE STORIES ABOUT / Hard Science
Keep up.
Subscribe to our daily newsletter to keep in touch with the subjects shaping our future.
+Social+Newsletter
TopicsAbout UsContact Us
Copyright ©, Camden Media Inc All Rights Reserved. See our User Agreement, Privacy Policy and Data Use Policy. The material on this site may not be reproduced, distributed, transmitted, cached or otherwise used, except with prior written permission of Futurism. Articles may contain affiliate links which enable us to share in the revenue of any purchases made.
Fonts by Typekit and Monotype.