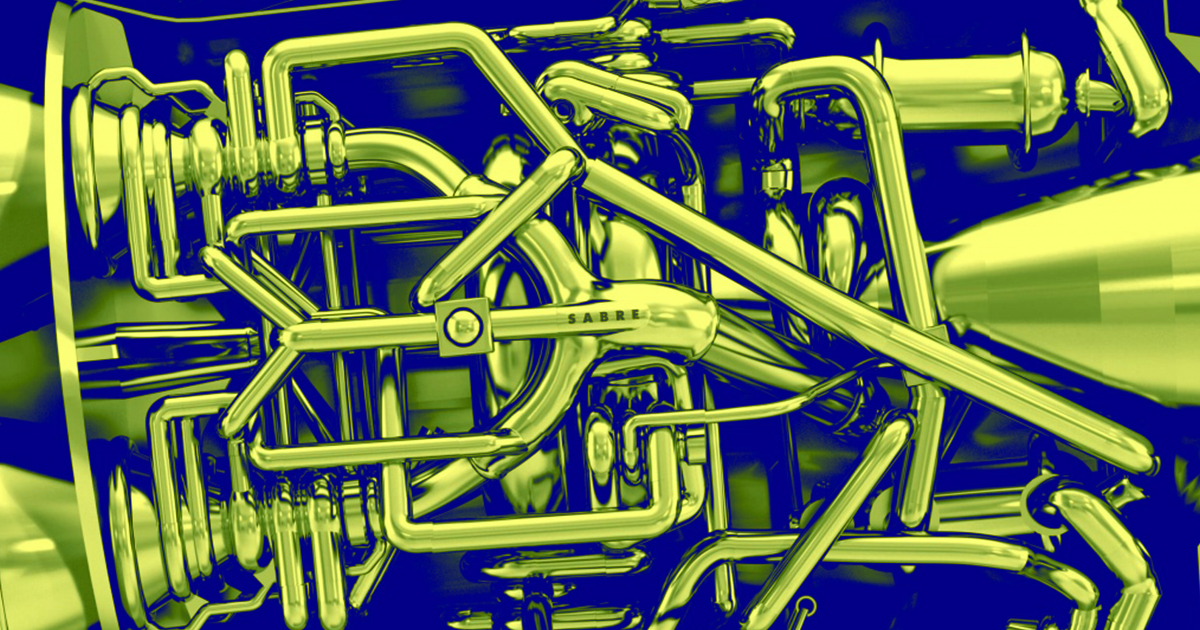 The same payload could be delivered to orbit at half the vehicle mass of current launchers.

The same payload could be delivered to orbit at half the vehicle mass of current launchers.

U.K. aerospace manufacturer Reaction Engines is preparing a potentially revolutionary rocket engine for a real-world test within the next 18 months.

The Synergistic Air-Breathing Rocket Engine (SABRE) runs partially on oxygen collected from the atmosphere rather than relying on heavy fuel. That means serious weight savings, according to the European Space Agency — such that a payload could be delivered to orbit at "half the vehicle mass of current launchers."

Futurism has previously reported on Reaction Engine's ambitious plans. Earlier this year, the company told the BBC its future hypersonic engines could be used to cut the journey from London to Sydney to just four hours.

The European Space Agency first got involved in 2010, testing the viability of the novel design and to see if the engine could withstand hypersonic speed. This week, the space agency gave the project the green light.

"The positive conclusion of our preliminary design review marks a major milestone in SABRE development,” Mark Ford, heading ESA’s Propulsion Engineering section, said in a statement. "It confirms the test version of this revolutionary new class of engine is ready for implementation."

More on Reaction Engines: New Rocket Engine Could Whip You From London to Sydney in 4 Hours

Lunar Toil
The Moon Has Enough Oxygen Buried Beneath Its Surface to Sustain Billions of People
11. 11. 21
Read More
Go Percy
NASA's Perseverance Rover Just Turned Martian CO2 Into Oxygen
4. 21. 21
Read More
NASA: "We're Going to Try and Make Oxygen From the Atmosphere on Mars"
8. 18. 17
Read More
+Social+Newsletter
TopicsAbout UsContact Us
Copyright ©, Camden Media Inc All Rights Reserved. See our User Agreement, Privacy Policy and Data Use Policy. The material on this site may not be reproduced, distributed, transmitted, cached or otherwise used, except with prior written permission of Futurism. Articles may contain affiliate links which enable us to share in the revenue of any purchases made.
Fonts by Typekit and Monotype.