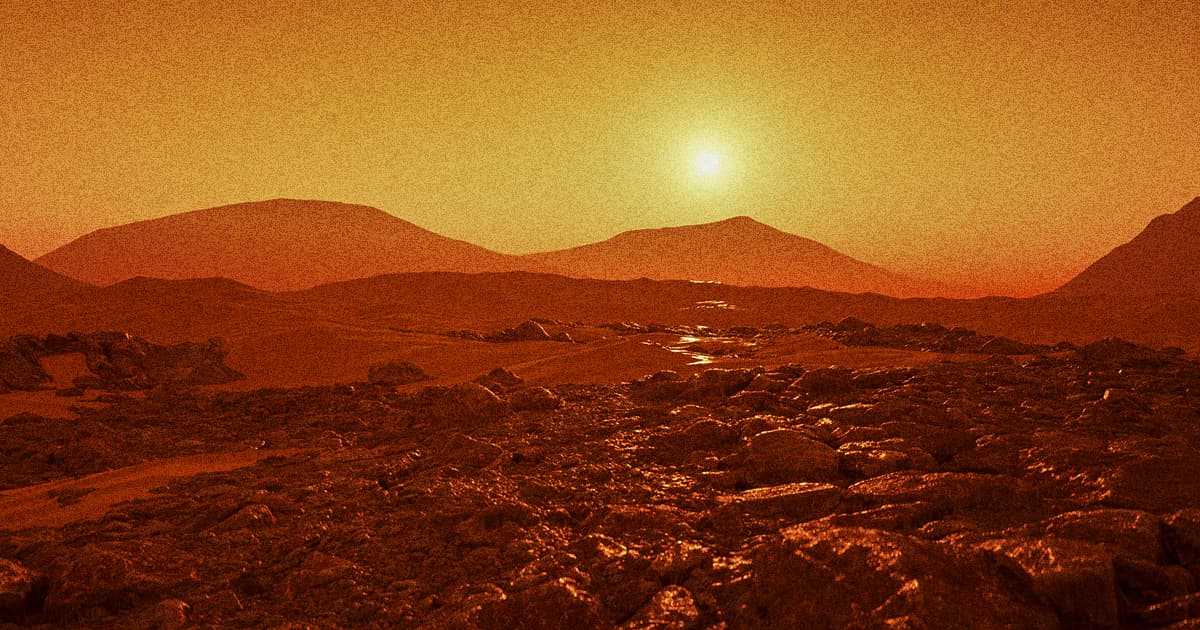 Scientists say they've developed a trick that can turn Martian air into rocket fuel — and that it's so efficient that a spacecraft wouldn't need to bother carrying any extra fuel for its return mission.

A reactor using new chemical catalysts can efficiently convert carbon dioxide into methane and ethylene, essentially turning the greenhouse gas into a useful building block for fuels, energy storage, and plastics, according to research published in the journal Nature Communications earlier this month. Interestingly, the methane reaction is the same technique that the International Space Station uses to convert unbreathable air into fuel, but lead study author and University of Cincinnati chemical engineer Jingjie Wu has more ambitious goals: he says the reactor could convert the carbon dioxide-rich atmosphere on Mars into rocket fuel, either for a crew's return trip or to help them travel even farther from home.

"It's like a gas station on Mars," Wu said in a press release. "You could easily pump carbon dioxide through this reactor and produce methane for a rocket."

Wu says that a mission to Mars would only need to carry half as much fuel, drastically cutting a spacecraft's weight and making interplanetary space flight both cheaper and more efficient. But the system also has important uses back here on Earth, he added.

Namely, he sees his technology as a way to remove carbon dioxide from the atmosphere, helping mitigate climate change and putting it to better use as a cleaner source of energy or a chemical building block. He argued that his carbon dioxide-to-methane conversion could even help serve as a sort of chemical battery that makes renewable energy like solar and wind power more reliable.

"Right now we have excess green energy that we just throw away," Wu said in the release. "We can store this excess renewable energy in chemicals."