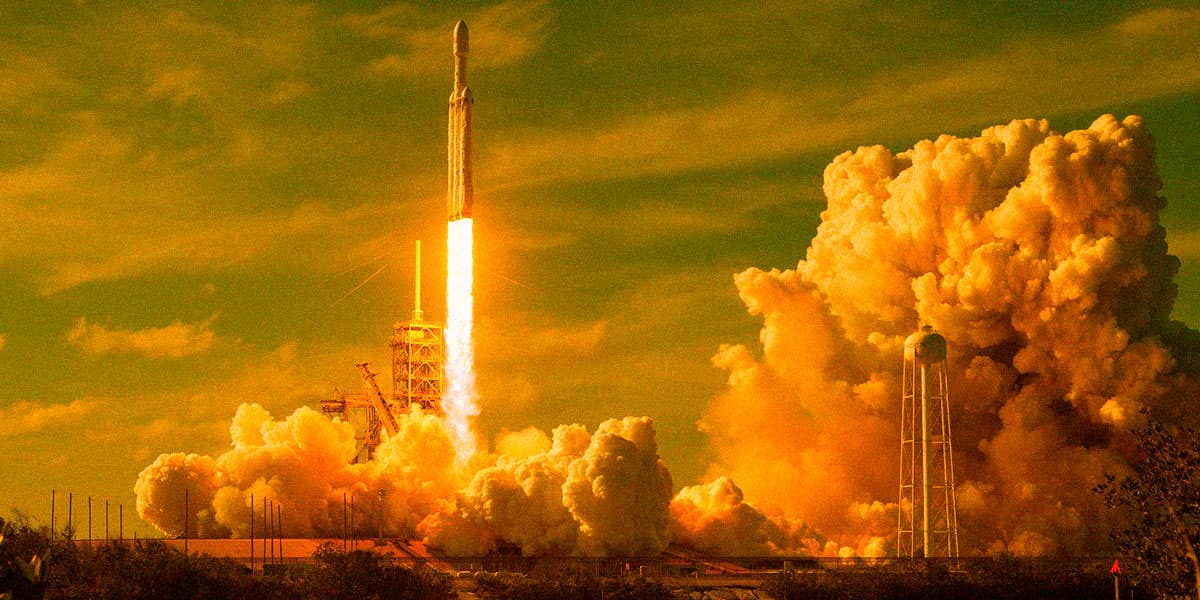 Burning Up in the Atmosphere

Rocket Launches Are Shockingly Bad for the Environment

"The time to act is now — while the billionaires are still buying their tickets."

"The time to act is now — while the billionaires are still buying their tickets."

The billionaire space race is well on its way, setting the stage for a burgeoning space tourism industry. More civilian space tourists are making their way into space than ever before — a trend likely to grow substantially as the sector advances.

At the same time, widespread rocket launches also appear to come with a considerable cost to the environment, The Guardian reports.

More people than ever before are also starting to hold billionaires responsible for taking day trips to space instead of using their considerable resources to fight Earth’s many environmental crises instead.

The emissions released by rockets are considerable.

“For one long-haul plane flight it’s one to three tons of carbon dioxide [per passenger],” Eloise Marais, an associate professor of physical geography at University College London, told The Guardian. One rocket launch, in contrast, produces about 200-300 tons for a flight of around four passengers.

Making matters worse is the fact that the emissions end up being injected straight into the upper atmosphere where they can remain for years at a time.

Rockets also produce other harmful gases from burning kerosene and methane, which can end up harming the ozone layer.

Fortunately, rocket launches are still pretty low on the polluter list on a global scale. While 100,000 planes take off on an average day, only 114 rockets attempted to reach orbit last year, according to NASA.

But with costs of space launches dropping year after year, it’s only a matter of time until space tourism hits its stride. And that’s especially troubling given the regulatory vacuum space tourism companies operate within.

“We have no regulations currently around rocket emissions,” Marais told The Guardian. “The time to act is now — while the billionaires are still buying their tickets.”

READ MORE: How the billionaire space race could be one giant leap for pollution [The Guardian]