A Tax Incentive Might Finally Make Carbon Capture a Thing 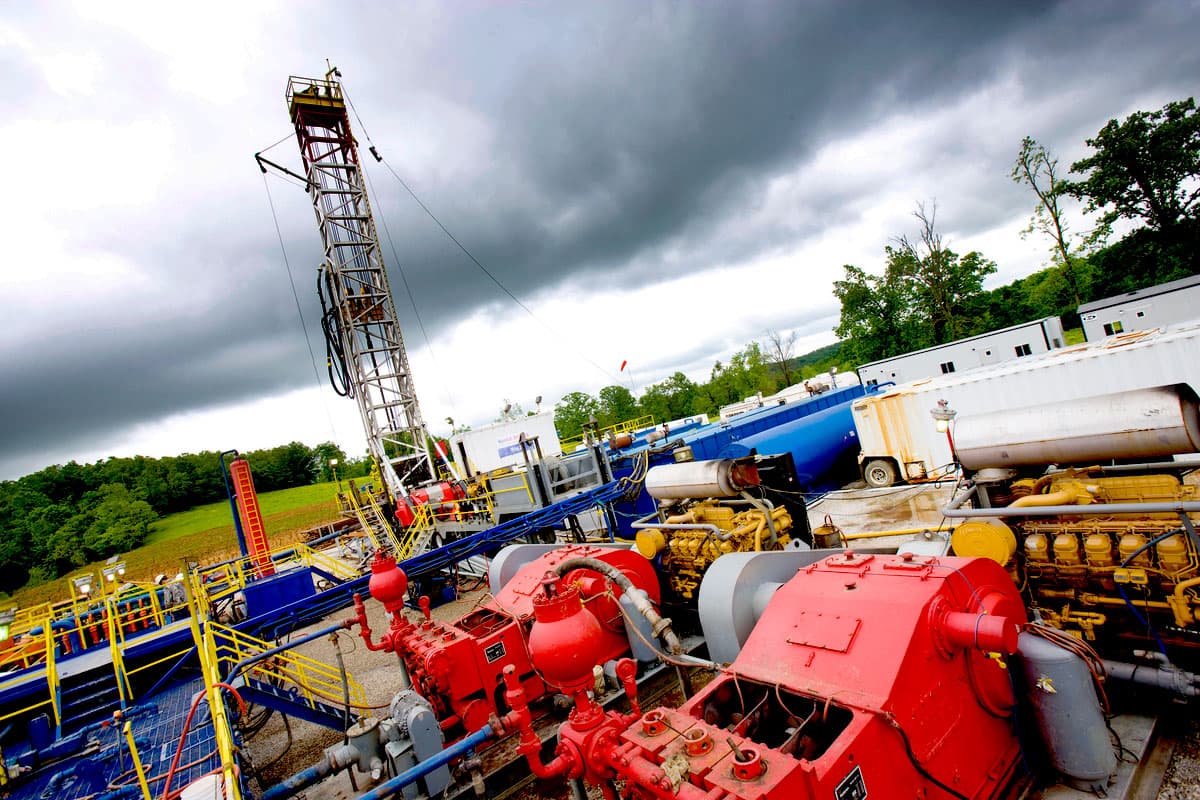 Here's a cool idea for you. Wouldn't it be great to remove the excess atmospheric carbon dioxide responsible for warming our planet, and deposit it into underground rocks? It would be, right?

That's carbon capture, and it's (kind of) a real thing. Depending on who you talk to, it's either a promising idea, or an enormous failure.

Soon, though, carbon capture may meet its long-theorized potential. The most recent budget deal, which President Trump signed on February 9, contains tax incentives for companies to invest in carbon capture. The incentive isn't much, but it might just be enough to help the technology mature, which could lead to more widespread adoption — and, ultimately, could achieve the desired effect on the climate.

Yes, carbon capture facilities already exist. There's a big one in Texas, and another in Canada.

But the overall consensus is that the technique, as it stands today, is nowhere near mature enough to slow or offset the process of global warming. Some fear that it will never get there, and that the time and money we spend developing it could be better used on techniques already known to work – like reducing emissions from their source. Others say we won't be able to mitigate the effects of climate change without it.

The new budget initiative gives companies a $50 tax credit for every metric ton of carbon they capture and bury underground. For every metric ton they capture and use in other ways, the government gives the company a $35 tax credit. It's a significant increase over the previous tax credits ($20 and $10, respectively). But it still doesn't offset the cost of carbon capture, which could run between $60 and $70 per metric ton, according to a 2015 report from the Office of Fossil Energy. Companies will need to spend an additional $11 per ton to transport and store the carbon.

A tax incentive like that may encourage companies to put carbon capture systems into place, but the technology is still far from efficient enough to put a serious dent in our emissions. Carbon capture itself requires energy, as does converting the carbon into a liquid and transporting it. So as it stands now, carbon capture might actually be adding to the amount of carbon dioxide in the atmosphere.

For carbon capture to make sense, we need technology that is much more efficient and cheaper. There's a chance that companies seeking to make the most of this substantial tax incentive will invest in the research and development to make carbon capture worthwhile. But, then again, maybe the incentive will simply encourage companies to use this inefficient technology, exacerbating the use of fossil fuels, and driving global warming.

In the end, we'd be better off focusing on cutting our emissions altogether, and employing the carbon capture technology that already exists. That's the only surefire way to limit the effects of climate change.

Read This Next
Dialed Up
Spain Forcing Public Places to Set AC at or Above 81 Degrees Fahrenheit
Brands We Love
If You're Interested in the 2019 Solar Tax Credit, It's Now or Never
Climate Change
The EU Just Announced a Plan To Go Carbon Neutral
Futurism
Cheap Carbon Capture Technology Might Make Our Climate Goals Possible
Futurism
Chemicals Like Perfume Produce as Much Air Pollution as Cars
More on Earth & Energy
Bridge to Nowhere
Yesterday on the byte
Entire Islands Severed From Florida by Hurricane Ian
Planet Conqueror
Yesterday on the byte
Space Station Flies Over Hurricane, Shows What It Looks Like From Above
Gas Tank
Wednesday on the byte
Experts Say Leaking Russian Pipeline Likely Huge Environmental Disaster
READ MORE STORIES ABOUT / Earth & Energy
Keep up.
Subscribe to our daily newsletter to keep in touch with the subjects shaping our future.
+Social+Newsletter
TopicsAbout UsContact Us
Copyright ©, Camden Media Inc All Rights Reserved. See our User Agreement, Privacy Policy and Data Use Policy. The material on this site may not be reproduced, distributed, transmitted, cached or otherwise used, except with prior written permission of Futurism. Articles may contain affiliate links which enable us to share in the revenue of any purchases made.
Fonts by Typekit and Monotype.