Farming Has a Huge Impact on the Environment. Enter Carbon Trapping.

"Soil carbon is sort of complex at this point." 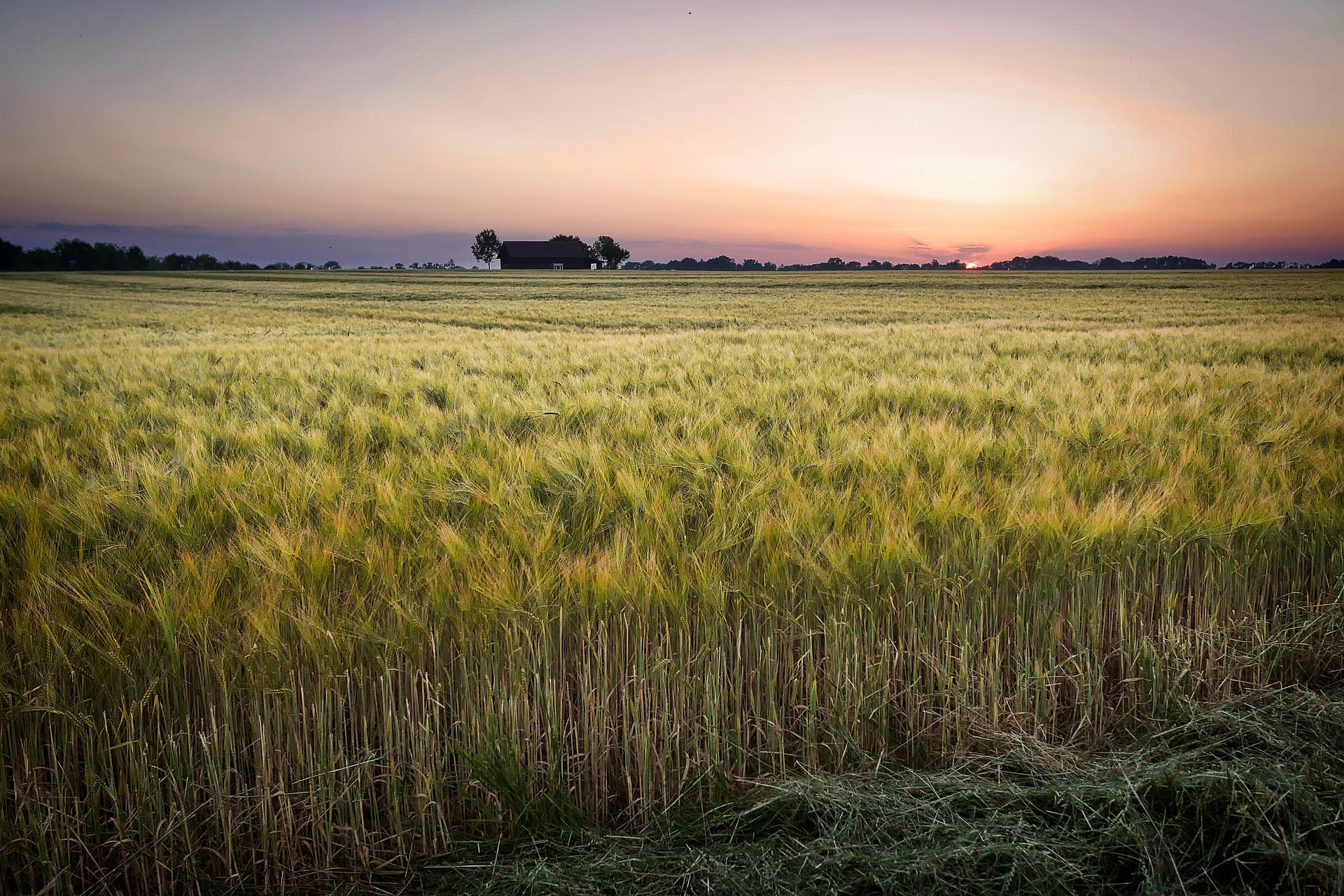 Globally, our food system is thought to account for as much as a third of all greenhouse gas emissions, making it a huge contributor to the effects of climate change. However, there are hopes that the agriculture industry could also be a part of the solution. A paper published in Scientific Reports suggests that the planet's farmland soil has unrealized carbon trapping potential, and could be used to remove as much carbon from the atmosphere as the transport industry emits.

Conversations about how to reassess farming practices typically revolve around the argument of mitigation vs. adaptation. The former side is interested in tweaking current techniques to have less of an impact on our climate, while the latter prioritizes changing current methods to counteract the effect that extreme weather conditions can have on farmers, especially in developing countries.

Carbon sequestration, the process of capturing carbon in the soil itself, could address both sides of the bargain. Carbon trapping sucks a greenhouse gas from the atmosphere, while simultaneously making the soil healthier and more fertile.

The paper suggests that new technology, including sensors and drones, could allow farmers to improve carbon sequestration by monitoring their soil health better than ever before. A reduced reliance on fossil fuel-burning heavy machinery, and the implementation of mulch to protect the soil's surface, would also help.

However, it's worth noting that there are still some burning questions about the impact of carbon sequestration. "Soil carbon is sort of complex at this point, as there are various types of conservation agriculture practices that often inform the amounts of carbon storage in the soil that are still not fully quantified," said James Daniel, a spatial analyst with the World Agroforestry Center, in an email to Futurism. "At the moment the World Agroforestry Center (ICRAF) is working with other partners to design more plausible means of determining farmland soil carbon in situ."

It's thought that the US agricultural sector holds the greatest potential for soil carbon sequestration, but other regions show promise too. The 2.6 million square kilometers of cropland in Africa is one such opportunity, but the scarcity of labor could make it difficult to utilize the same methodology as that which American farmers would likely implement.

There are some alternatives, though. Introducing legume plants into pasture vegetation can increase soil carbon storage, and the practice of agroforestry – planting trees on farmland to fix nitrogen in the soil – could also contribute.

According to Daniel, legume plants improve soil quality by fixing nitrogen, while properly managed trees provide leafy foliage that can form mulch for carbon storage in the soil. "They have a huge potential in increasing food productivity, and also controlling soil compactibility, all which provide a tripartite benefits scenario," Daniel added.

While there's enormous potential for the greenhouse gas emissions of farmland to be offset by carbon trapping procedures, more research needs to be done. Different regions will benefit from different forms of carbon trapping, so before any kind of large-scale implementation, it's important that we know as much as possible about what works best for different types of farmland.

Read This Next
Sundowned
Mexico Bans Startup From Future Solar Geoengineering Experiments
Knew It All Along
Exxon Scientists Knew About Global Warming for Decades While Company Denied It
Solar Slay
Solar Powered Machine Turns CO2 and Waste Plastic Into Valuable Fuel
Dim Sun for Breakfast
Startup Says It's Started Releasing Chemical Into Atmosphere to Dim Sun
Hidden City
NYC's Greenery Eats Up All the CO2 From Its Cars, Trucks and Buses "And Then Some"
More on Earth & Energy
Do The Worm
Yesterday on the byte
Scientists Name "Funky Worm" Amphibian After a Weird 70s Funk Song
Cow Chow
Thursday on the byte
Bill Gates Gives $12 Million to Flatulent Australian Cows
Dye in the Water
Thursday on the byte
Scientists Dye Chunks of Ocean Water Pink for Head-Turning Coastal Experiment
READ MORE STORIES ABOUT / Earth & Energy
Keep up.
Subscribe to our daily newsletter to keep in touch with the subjects shaping our future.
+Social+Newsletter
TopicsAbout UsContact Us
Copyright ©, Camden Media Inc All Rights Reserved. See our User Agreement, Privacy Policy and Data Use Policy. The material on this site may not be reproduced, distributed, transmitted, cached or otherwise used, except with prior written permission of Futurism. Articles may contain affiliate links which enable us to share in the revenue of any purchases made.
Fonts by Typekit and Monotype.