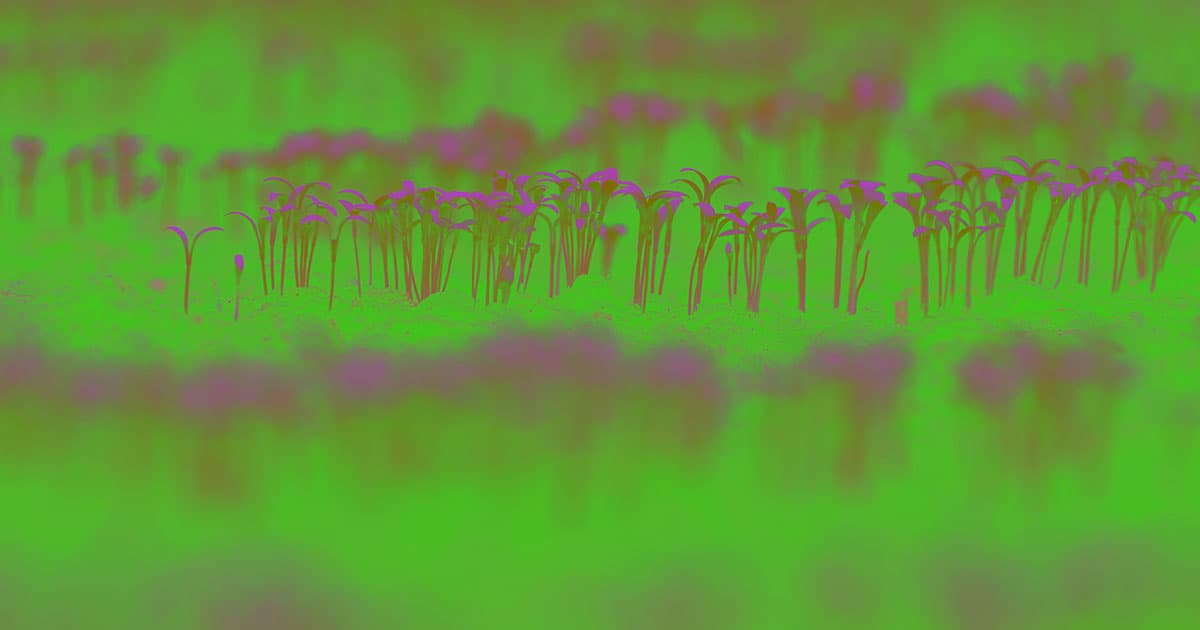 Scientists Gene Edit Plants to be Better at Carbon Capture

This one gene could help save the environment.

This one gene could help save the environment.

It's not enough for humans to pump less carbon into the atmosphere. To address climate change, many experts say we're going to need to find a way to remove some of the emissions already polluting our air.

While some scientists are focusing on mechanical solutions to carbon capture, researchers at the Salk Institute's Harnessing Plants Initiative are taking a more organic approach, by looking for ways to optimize plants' natural ability to capture and store carbon — and they just discovered a gene that could be a game-changer.

Plants naturally capture carbon from their environment and store it underground in their root systems — the deeper and more robust the root system, the more stable the storage.

In a new study published in the journal Cell on Thursday, scientists from Salk detail their discovery that a gene called EXOCYST70A3 determines how deep the thale cress plant's roots grow in soil.

By altering the EXOCYST70A3 gene, the researchers found they could prompt the thale cress plant's root system to grow more deeply — and they say all plants contain the same gene or one similar to it.

"We are incredibly excited about this first discovery on the road to realizing the goals of the Harnessing Plants Initiative," researcher Wolfgang Busch said in a press release. "Reducing atmospheric CO2 levels is one of the great challenges of our time, and it is personally very meaningful to me to be working toward a solution."

Climate Change
The EU Just Announced a Plan To Go Carbon Neutral
11. 28. 18
Read More
Dinner Time
Scientists Used CRISPR to Domesticate This Delicate Fruit
10. 1. 18
Read More
Cheap Carbon Capture Technology Might Make Our Climate Goals Possible
6. 8. 18
Read More
+Social+Newsletter
TopicsAbout UsContact Us
Copyright ©, Camden Media Inc All Rights Reserved. See our User Agreement, Privacy Policy and Data Use Policy. The material on this site may not be reproduced, distributed, transmitted, cached or otherwise used, except with prior written permission of Futurism. Articles may contain affiliate links which enable us to share in the revenue of any purchases made.
Fonts by Typekit and Monotype.