Experts Asserts That, Soon, The Price of Solar Power Will Rival That of Coal

It seems that solar power is becoming truly viable.

Plummeting costs in the solar industry, and increasing efficiency, is driving a number of nations into a solar energy frenzy, that much we know. But these factors may also be key in driving down energy prices and making solar as competitive as coal.

Case in point, according to a report by Bloomberg, the reduced costs related to the construction of solar powered technologies could allow the Chinese government to slash the prices that are offered to photovoltaic developers by more than a third by 2020. Ultimately, this would mean that plants powered by the Sun would be competitive with coal by the decade’s close.

It is possible for prices to go down to 0.5 yuan (U.S. 8 cents) a kilowatt-hour in just four years, the world’s biggest panel maker Trina Solar Ltd. said in an e-mail to Bloomberg, citing chairman Gao Jifan. The current rate is at 0.8 yuan a kilowatt-hour for photovoltaic power generated for approved projects. 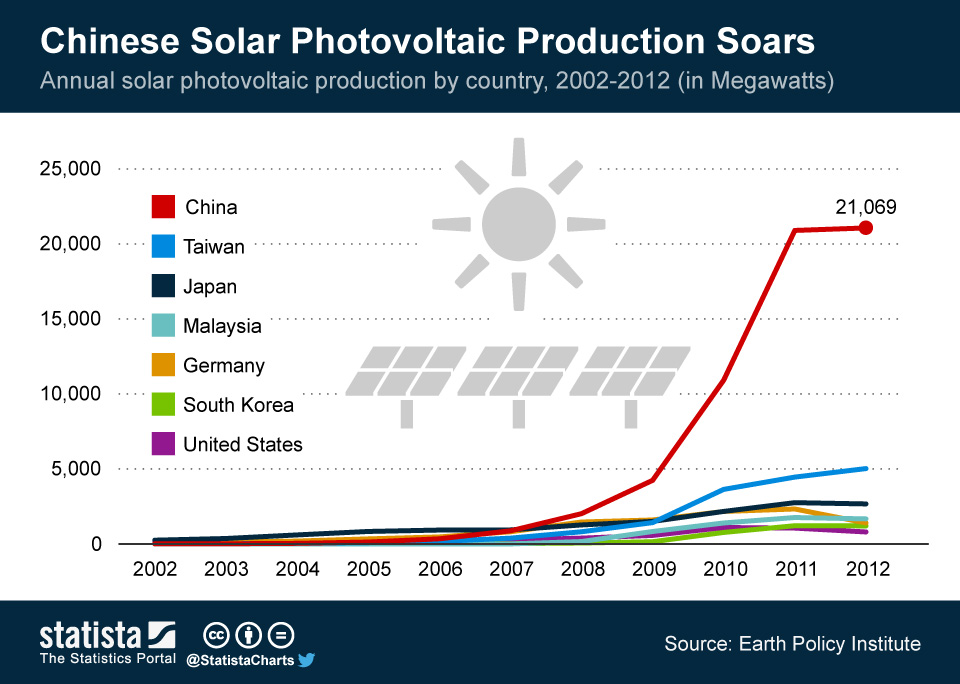 China has already acted on the lower construction costs in the solar industry, slashing preferential rates it provided to developers by as much as 11 percent in 2016 from a year earlier. Further cuts are expected as the nation tries to resolve a mismatch between clean-energy surcharges on electricity bills with government subsidies paid out to developers.

The industry will be able to take reduced subsidies due to industry efforts to raise efficiency and lower construction costs, said Zhuo Yujiao, President of Tongwei Group, which makes solar cells. Efforts to increase efficiency of multicrystalline solar cells to 20 percent in two or three years, from the current 18 percent, may drive costs down to 0.45 yuan a kilowatt-hour, adds Yujiao.

But firms warn of possible roadblocks to this idea.”The industry isn’t afraid of the challenge,” but their remains uncertainties and unpredictabilities that are brought about by various unanticipated governmental policies, said Shawn Qu, chief executive officer of Canadian Solar Inc.