The fire is an additional problem for the Ivanpah plant, which is already under threat of being shut down for its deficiencies in output performance. 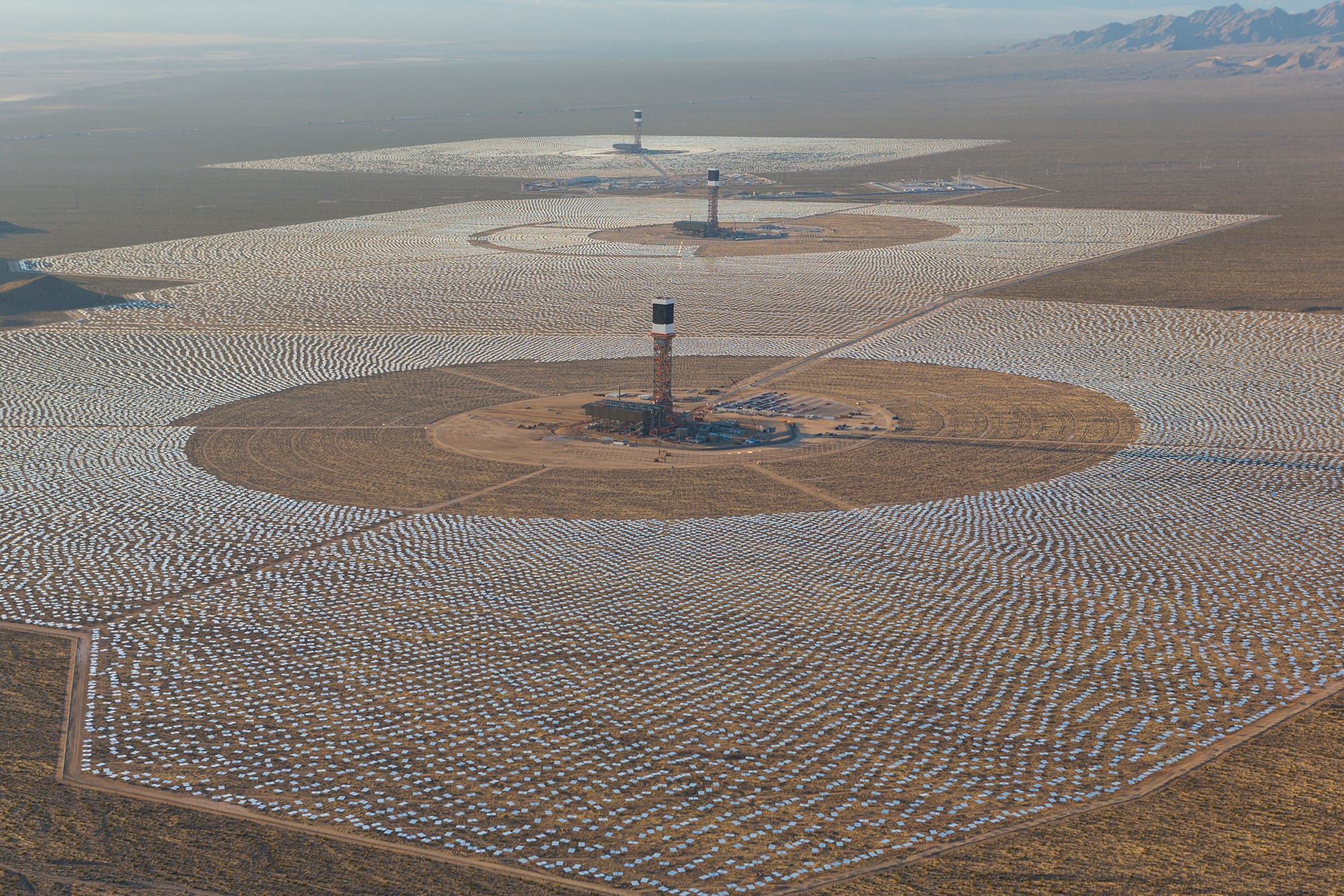 A small fire caused one tower to be shut down at the Ivanpah Solar Electric Generating System in California, 9:30am Thursday, May 9. While officials declined to comment before investigation is completed, San Bernardino County Fire Department captain Mike McClintock believes misaligned mirrors were to blame.

Plant personnel had to climb some 300 feet up the tower to get to the fire but successfully managed to put out the fire within 20 minutes, before the firefighters could get to the scene.

The plant produces power by using computer-controlled mirrors to reflect sunlight onto boilers, which produce steam that drive turbines, producing electricity. Firefighters believe some mirrors were mistakenly aligned to direct the sunlight onto a different level on the third unit, and the intense heat caused some electrical cables to catch fire.

The plant, located on federal land in the Mojave Desert about 45 miles southwest of Las Vegas, opened two years ago and has the capacity to power 140,000 homes in California. Apart from the burnt tower, a second tower is down for maintenance, leaving it running on only one of its three towers. It has not yet been made clear how this will affect California’s power supply, and until when. There is also no information made public as to the cost of damages to the $2.2 billion power facility as of now.

Ivanpah is already walking on thin ice as the California Public Utilities Commission (PUC) has given them only until the end of July this year to deliver the output required of them in its power purchase agreement (PPA), which energy company and Ivanpah part owner NRG says they are not likely to meet.

Read This Next
Futurism
Elon Musk: The Model 3 Will Incorporate Tesla's Solar Roof Technology
Futurism
A New Age in Energy: Supercomputers Are Now Running off of Solar Power
Futurism
This 15-Ton Computer Creates Clean Water, Electricity, and Internet Access
Futurism
Caltech's 2500 Orbiting Solar Panels Could Provide Earth With Limitless Energy
Futurism
China Wants to Build a $50 Trillion Global Wind & Solar Power Grid by 2050
More on Robots & Machines
Dogs With Guns
Yesterday on the byte
China Shows Off Drone That Drops Robodog With Huge Gun Anywhere
Roboforce
Tuesday on the byte
CEO Brags That Fry Cook Robot Will Replace Obsolete Human Grunts
Quacks Like a Duck
Tuesday on futurism
Watching Elon Musk's Robot Back to Back With Boston Dynamics Is... Something
READ MORE STORIES ABOUT / Robots & Machines
Keep up.
Subscribe to our daily newsletter to keep in touch with the subjects shaping our future.
+Social+Newsletter
TopicsAbout UsContact Us
Copyright ©, Camden Media Inc All Rights Reserved. See our User Agreement, Privacy Policy and Data Use Policy. The material on this site may not be reproduced, distributed, transmitted, cached or otherwise used, except with prior written permission of Futurism. Articles may contain affiliate links which enable us to share in the revenue of any purchases made.
Fonts by Typekit and Monotype.