"We are on the same level of carbon catastrophe which is a bit sobering." 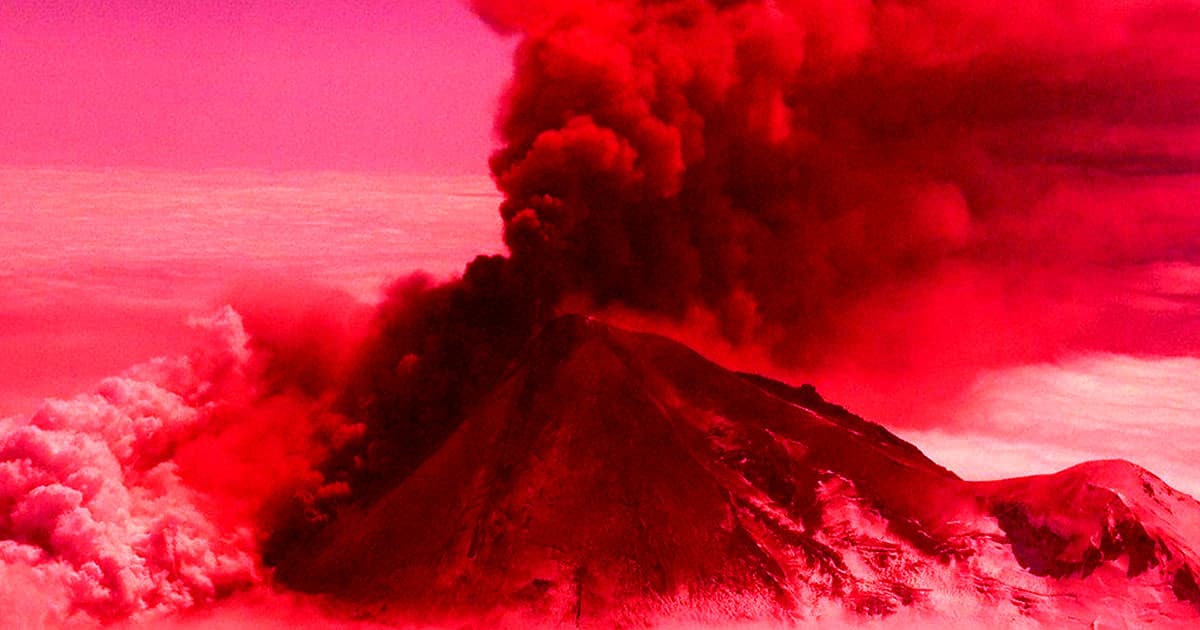 According to a decade-long study by an international team of researchers, human CO2 emissions total 100 times more than the planet-warming effects of all volcanoes combined.

The total amount emitted by volcanoes is only about 0.3 gigatons a year — a tiny fraction of the 37 gigatons humankind produced in 2018 alone.

That means they're not nearly as big of a contributor to global emissions as some prevailing theories hold.

"Climate skeptics really jump on volcanoes as a possible contender for top CO2 emissions but it's simply not the case," Marie Edmonds, Professor of Volcanology and Petrology at Queens' College, Cambridge, told told Agence France-Presse.

In the distant past, there have been freak incidents on a similar scale to today's human CO2 output — and they were catastrophic. One such carbon event was the Chicxulub asteroid impact, 66 million years ago, which the scientists estimate to have released anywhere between 425 and 1,400 gigatons of CO2.

But the impact of industrial civilization is now taking a comparable toll.

"The amount of CO2 pumped into the atmosphere by [manmade] activity in the last 10-12 years[is equivalent] to the catastrophic change during these events we've seen in Earth's past," Edmonds told AFP.

"We are on the same level of carbon catastrophe which is a bit sobering," Celina Suarez, Associate Professor of Geology at the University of Arkansas, added.

The team of scientists released a series of papers as part of the so-called Deep Carbon Observatory, a global research program founded in 2009.

Unfortunately, for the Earth to level out carbon dioxide in its atmosphere, it'll be a very long while. "It will rebalance itself, but not on a timescale that is of significance to humans," Suarez said.

More on volcanoes: Research: Planting Trillions of Trees Could Cancel Out CO2 Emissions

Read This Next
Futurism
2017 Broke Another Heat Record — but There's Hope for Future Years
Futurism
Scientists Are Engineering Carbon-Storing Plants to Fight Climate Change
Futurism
MIT Scientists Created a New Method of Turning CO2 into Fuel
Futurism
A Swiss System Is Capturing Carbon Dioxide from the Air and Reselling It
Futurism
Scientists Warn That Fossil Fuel Emissions Will See Record Highs in 2017
More on Earth & Energy
Going Hydrogen
Dec 2 on the byte
Airbus to Strap Hydrogen Fuel Cell Engine to Massive Superjumbo Jet
Wolfenstein
Dec 1 on the byte
A Brain Parasite Is Making Wolves Into Pack Leaders, Scientists Say
LED Down the Wron...
Dec 1 on the byte
Defective LED Streetlights Are Turning the Night Purple
READ MORE STORIES ABOUT / Earth & Energy
Keep up.
Subscribe to our daily newsletter to keep in touch with the subjects shaping our future.
+Social+Newsletter
TopicsAbout UsContact Us
Copyright ©, Camden Media Inc All Rights Reserved. See our User Agreement, Privacy Policy and Data Use Policy. The material on this site may not be reproduced, distributed, transmitted, cached or otherwise used, except with prior written permission of Futurism. Articles may contain affiliate links which enable us to share in the revenue of any purchases made.
Fonts by Typekit and Monotype.