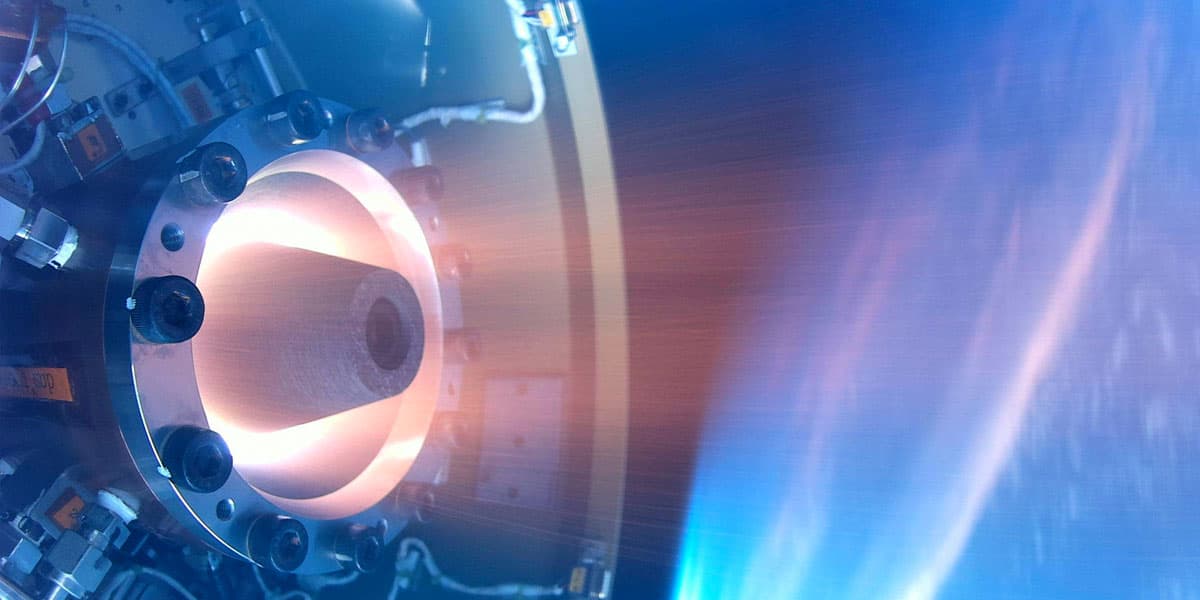 Rings of Explosions in the Sky

This could be a game changer for deep space exploration.

This could be a game changer for deep space exploration.

Japan's space agency JAXA has announced that is has successfully demonstrated the operation of a "rotary detonation engine" in space, a world's first.

Such an engine uses a series of controlled explosions that travel around a circular channel at its base. The result is a massive amount of thrust coming from a much smaller engine using significantly less fuel — a potential game changer for deep space exploration, according to JAXA.

It's a lucrative endeavor and Japan isn't the only country pursuing the idea. Researchers across the US are testing out the technology to make rockets both lighter and more environmentally friendly.

On July 27, JAXA launched a 30-foot sounding rocket from the Uchinoura Space Center to test a pair of futuristic propulsion systems at an altitude of about 146 miles.

After recovering the rocket from the ocean, JAXA engineers pored over the data and found that their experiment was a success.

After first stage separation, the rocket kicked off the test demonstrations, burning the rotary engine for six seconds, while a second "pulse detonation engine" — a not dissimilar system that uses detonation waves to burn fuel and oxidizer — operated for two seconds on three occasions.

The rotary engine produced about 500 Newtons of thrust, only a fraction of what conventional rocket engines are capable of.

According to the agency however, their successful in-space test is proof that rotating detonation engines could indeed allow us to travel deep into space using a fraction of the fuel and weight.

"We will aim to put the technology into practical use in about five years,"Jiro Kasahara, a Nagoya University professor who is working on the technology with JAXA, told the Japan Times last month.

Flying on Broomsticks
Russia Mocked for Cutting US Off From Its Outdated Rocket Engines
3. 3. 22
Read More
New Video Shows Japanese Probe Shooting Asteroid With Bullet
3. 5. 19
Read More
Hayabusa2
Japan Just Landed a Robot Spacecraft on an Asteroid
2. 22. 19
Read More
+Social+Newsletter
TopicsAbout UsContact Us
Copyright ©, Camden Media Inc All Rights Reserved. See our User Agreement, Privacy Policy and Data Use Policy. The material on this site may not be reproduced, distributed, transmitted, cached or otherwise used, except with prior written permission of Futurism. Articles may contain affiliate links which enable us to share in the revenue of any purchases made.
Fonts by Typekit and Monotype.