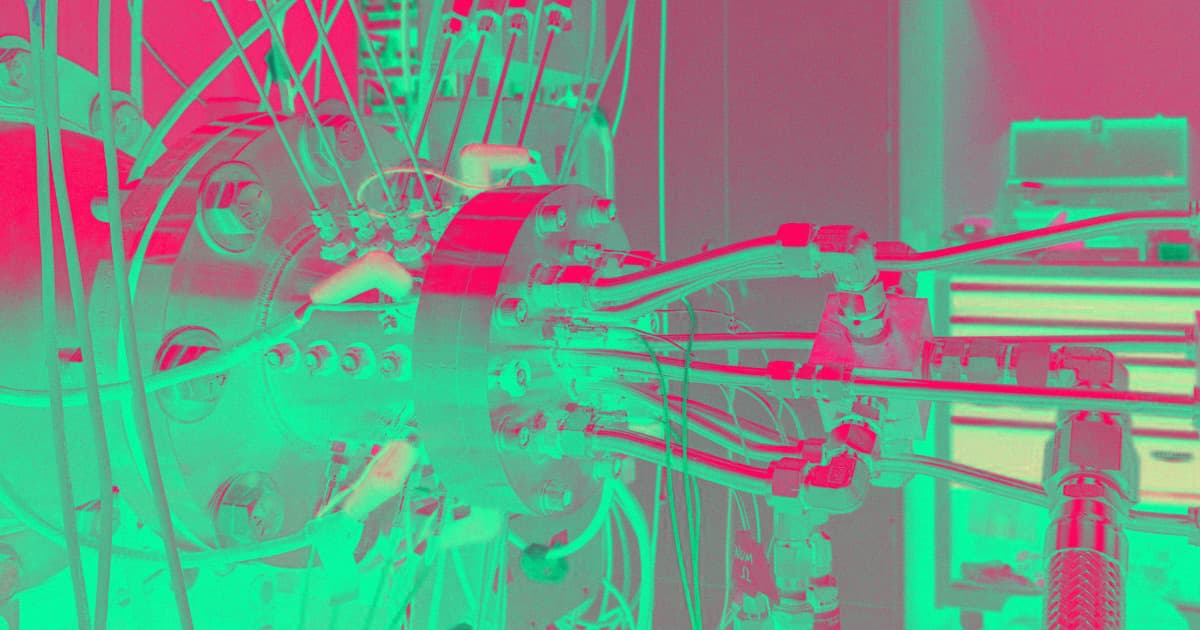 New Rocket Design Is Powered by a Ring of Literal Explosions

This video is outrageous. "Once you detonate something, it just goes. It's so violent."

This video is outrageous. "Once you detonate something, it just goes. It's so violent."

Researchers at the University of Washington have dreamed up a new type of rocket they call a "rotating detonation engine" that they say could allow for the construction of far lighter and fuel-efficient spacecraft. The catch: it's powered by literal explosions, which are difficult to control — for obvious reasons.

"A rotating detonation engine takes a different approach to how it combusts propellant," James Koch, lead author of the paper published in the journal Physical Review E, explained in a statement. "It's made of concentric cylinders. Propellant flows in the gap between the cylinders, and, after ignition, the rapid heat release forms a shock wave, a strong pulse of gas with significantly higher pressure and temperature that is moving faster than the speed of sound."

Engineers have long suspected such a design could revolutionize the fuel efficiency of modern engines, but until now, there was one major problem.

"We have tons of data about these engines, but we don't understand what is going on," Koch admitted.

But now that the team has identified the dominant physics behind the design, they're planning to crunch the numbers and start building a working prototype.

"The combustion-driven shocks naturally compress the flow as they travel around the combustion chamber," Koch said. "The downside of that is that these detonations have a mind of their own. Once you detonate something, it just goes. It's so violent."

Perfect for Astronaut Food
Japanese Scientists Propose Microwave-Powered Spacecraft
8. 2. 21
Read More
Extreme Makeover Satellite Edition
World's First: Spacecraft Docks to Commercial Satellite In Orbit
2. 26. 20
Read More
NASA Announces The First Commercial Astronauts to Pilot The Next Generation of Spacecraft
8. 3. 18
Read More
+Social+Newsletter
TopicsAbout UsContact Us
Copyright ©, Camden Media Inc All Rights Reserved. See our User Agreement, Privacy Policy and Data Use Policy. The material on this site may not be reproduced, distributed, transmitted, cached or otherwise used, except with prior written permission of Futurism. Articles may contain affiliate links which enable us to share in the revenue of any purchases made.
Fonts by Typekit and Monotype.